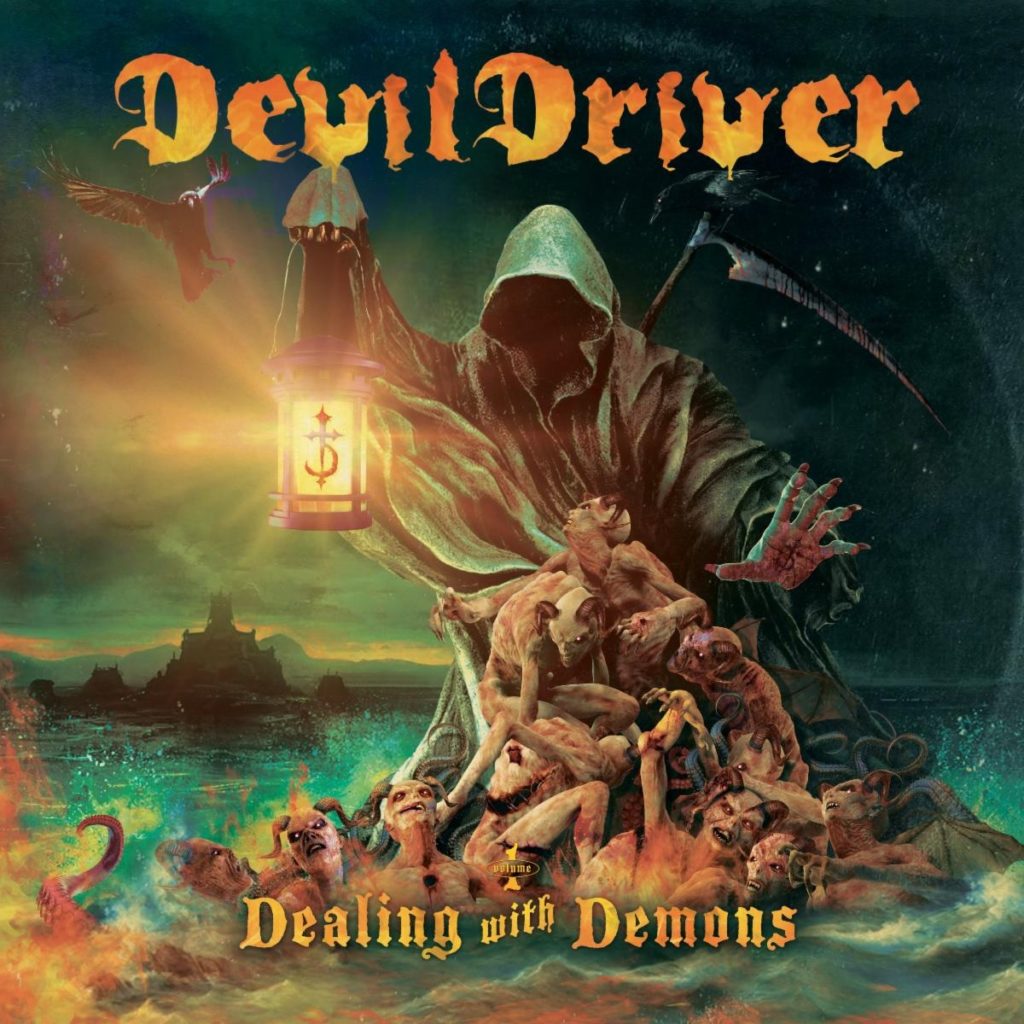 For twenty years now, California wrecking crew, DevilDriver, have been bulldozing their way through the metal scene with their groove-laced rage. Having broken from their routine in 2017 to release their country cover offering, Outlaws ’til the End, Dez and his henchmen are back with their new offering, Dealing With Demons 1, their first proper new material since 2016’s Trust No-One release. Part of a two-album set, the concept album is Dez putting his past to bed and preparing for the future.

Kicking off with a creepy intro, the band chug through the mid-paced opener “Keep It Away From Me” before the floodgates open for “Vengeance Is Clear.” Featuring their signature, dirty sound, if you weren’t a fan of their covers album, you’ll be pleased to know that the DevilDriver you know and love are well and truly back.

A two-part offering, Dealing With Demons 1, is the start of Dez and Co finally exorcising longstanding demons, demons that include seeing his wife battle with cancer, fleeing wildfires and now a pandemic. Dealing With Demons is the sound of one of modern metal’s most iconic frontmen laying it all out for the world to see and, while it makes for a brutally honest listen at times, Dez is closing this chapter of his life once and for all and doing it in stunning fashion.

What this demon-purging exercise has done, though, is given DevilDriver some of their most potent work to date. “Iona” is disturbingly violent while “You Gave Me A Reason To Drink” is the kind of mid-packed neck snapper that the metal brutes excel at writing. “Witches” is another monstrous slab of headbanging metal while the title track is the perfect anthem for letting it all go in one of those infamous DevilDriver circle pits. An unrelenting listen, part one of this pair of albums sees the band pummel through a gut-wrenching “The Damned Don’t Cry” before signing off with the vicious “Scars Me Forever.”

If you’ve followed the musical life of DevilDriver frontman Dez Fafara, you’ll be very aware of how much he puts his entire being into his work. This isn’t a man who does things by the half and, as expected, there is plenty of soul-searching and honesty within this latest work. From that, what you end up with is an emotional, powerful and dark record but one that is both DevilDriver’s and Dez’s finest work to date.