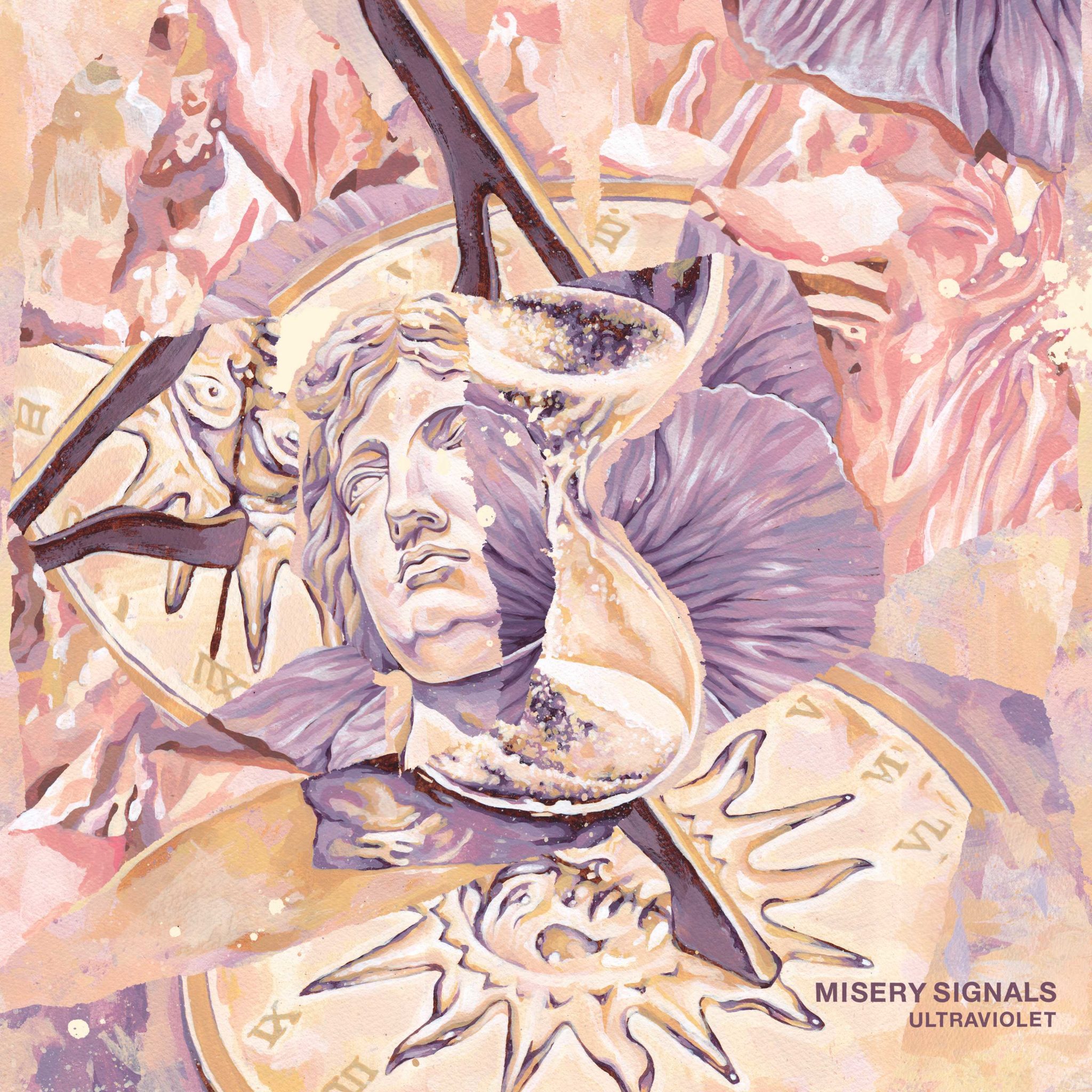 It’s been sixteen years since Misery Signals last recorded with their original vocalist, Jesse Zaraska, however, after the band regrouped for the ten-year anniversary of that album, Of Malice and the Magnum Heart, it was only going to be a matter of time before they did again. Sadly for fans, it has taken another six years but, with all original members back in the line-up, the metallic hardcore favourites have returned with their new album, Ultraviolet.

A nine-track affair, the scene was set for this album with the release of the thunderous opener “The Tempest.” This sublime taster sees Misery Signals announced their return in attention-grabbing style swiftly followed by the equally powerful “Sunlifter.” Two top-drawer tracks are packed with emotion and melody all topped off by the sound of Zaraska’s abrasive voice and, from there, for the duration of Ultraviolet, the quality level does not drop one bit. Of course, there are plenty of bands already doing this but, if you’re looking for quality records to demonstrate the genre, Ultraviolet certainly should sit somewhere at the top, especially if you use tracks like the blistering “River King” as evidence.

By the time the album has reached the dramatic “Through Vales of Blue Fire,” it just feels like the group is throwing out quality moment after quality moment for fun. Through “Old Ghosts” and “The Fall,” listening to Ultraviolet is listening to the sound of a band who show exactly why fans have been excited about their return. The haunting “Redemption Key” breaks up the metallic onslaught for a few minutes before the album draws to a conclusion with the melody-tinged “Cascade Locks” and the blistering “Some Dreams,” the latter signing off Ultraviolet.

After celebrating the anniversary of their debut album back in 2014, it was hard to imagine that would be it for Misery Signals. Sure, it’s been a long wait but, as the final notes ring out on “Some Dreams,” it’s impossible to deny that the wait has been well worth it. A beautiful display of metallic hardcore, emotion and aggression, even if it is six years until the band put out another record, it’s hard to see any fan of the band tiring of Ultraviolet over that time.

Even with “My Limited French” this Wasting Time Music Video Speaks to Me! [Premiere]