Melodic death metal band Arch Enemy continues to fly high since the release of their tenth studio record, Will To Power, in September 2017 via Century Media Records. A monumental record for the group, not just because it was their tenth outing, it also marked the first album to feature guitarist Jeff Loomis and the first to feature clean vocals on the song “Reason to Believe.” The twelve-track Will To Power received rave reviews from critics, particularly for the band’s tendency to venture outside the box and experiment with their sound. It says a lot that Arch Enemy received such praise for an album that the group handled pretty much entirely on their own, with production duties being overseen by both guitarist Michael Amott and drummer Daniel Erlandsson.

Previous to the release of Will To Power, Arch Enemy released the live album As The Stages Burn! on March 31st, 2017. The Century Media release is the group’s third live album and first since 2008’s Tyrants of The Rising Sun: Live in Japan. The album (which can be purchased here) was recorded at their largest stage production of all-time that took place at the band’s Wacken Open Air performance from the previous summer. They had just spent over two years on the road when the performance took place and the members wanted to document and celebrate the end of their touring cycle with one of their most monumental performances to date. Playing at the Wacken Open Air festival was particularly special for them and it helped put into perspective all the blood, sweat and tears that the group had put into the touring behind 2014’s War Eternal.

It’s remarkable to acknowledge, but Arch Enemy have now been together since 1996 when they released their debut record Black Earth. They originally came to be after Amott left the English extreme metal group Carcass and decided to assemble his own band. Amott and his younger brother Christopher originally joined forces with singer Johan Liiva, also a former Carcass member, and session drummer Daniel Erlandsson. Swedish musician Sharlee D’Angelo formerly of The Night Flight Orchestra would join the following year. Liiva would eventually leave Arch Enemy in 2000 which left them with no lead singer until German female vocalist Angela Gossow joined later that year.

Gossow had a solid run with Arch Enemy, staying with the band until 2014 when it was announced she was stepping away to pursue other musical interests and spend more time with her family. Fortunately, the rest of the band struck gold once again when they found an ideal replacement in Montreal, Quebec’s Alissa White-Gluz. Alissa was originally a founding member of the Canadian melodic death metal band The Agonist and spent ten years with them before moving on to Arch Enemy. War Eternal was her first record with the band and she is featured as the frontwoman on As The Stages Burn!.

HOW TO ENTER:
Fill out the form below (only 1 entry per email address accepted) to enter and be sure to check out our Facebook, Instagram, and Twitter for extra chances to win! 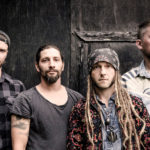 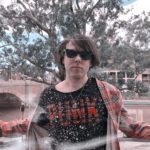