The Northern Indiana depressive black metal outfit, Nodus Tollens released its debut full-length record on July 7th via Trepanation Recordings. The one-man project, fronted by Cicatrix, gained traction 2018 after its split with Crown of Asteria, displaying the project’s atmospheric capabilities and depth of emotion. ‘Nodus Tollens,’ according to John Koenig’s The Dictionary of Obscure Sorrows, refers to “the realization that the plot of your life doesn’t make sense to you anymore—that although you thought you were following the arc of the story, you keep finding yourself immersed in passages you don’t understand,” which is a is a unanimously relatable feeling at times. Eager to see what Cicatrix has cooked up for a full-length record, we sunk into the forlorn depths.

Immediately, an atmosphere reminiscent of Exiled from Light’s spectral guitar tones and Nocturnal Depression’s drowned out, abrasive melodies come to mind. A fresh injection of intrigue brews as the guitar in the introductory track “Melancholic Waters” transforms into a wail and leads into “Hexenwald – Wölfinninwald” – a disorienting and rather jazzy black metal effort. As it progresses, the song abruptly switches to a soft-played acoustic passage – which is simultaneously gorgeous and disruptive – before bringing the other elements back in and making a return to DSBM territories.

When it eventually enters this depressive domain, Nodus Tollens’ spark ignites and you’re met with a raw, emotionally fluctuating sound which comprises dream-like guitar melodies and harsh riffs alike. Cicatrix’s grinding bellows, while sitting more towards the background, provide a damning atmosphere to suit the barrage of (albeit quiet) drums and classic black metal guitar savagery. Towards the end of the track, it feels like Melancholic Waters Ablaze with the Fires of Loss surges into life; a feeling which is amplified from here on out.

Nodus Tollens dynamically develop their sound in “Willowing” – a haunting 9-and-a-half-minute epic which takes clear inspiration from classic depressive black metal tonalities. Cicatrix’s heavily distorted vocals and background guitar melodies make a sorrowful soundscape between sections of melodic, heavy noise – nods to their influences of Superchunk and more abrasive ‘90s rock for this element – and the powerful crescendo towards the end of the track. These moments drenched in atmosphere and influenced by the likes of Woods of Desolation, while maintaining the hazy guitar tones realized at the beginning of the record, elicit a nice continuity for the record’s progression.

“Ursa Majora” changes the pace yet again and demonstrates Cicatrix’s varying influences within the DSBM arena. Thus far, we’ve encountered dragged-through-the-waters emotional evisceration and painful wails accompanied by equally tormented guitar tones; now, we’re sent to a more upbeat depressive-rock-meets-black-metal space. It ticks the boxes of depressive rock a la Lifelover, Förtvivlan, and other such melancholic-yet-bouncy artists, which are presented through jazzy blast beats, major riffs, and multiple tempo changes, contrasting beautifully against the directly sorrowful tracks which surround it and maintaining a soul-dredging air.

Its succeeding track, “Ursa Minora”, is a forlorn eight-and-a-half-minute instrumental soundscape aided by Andrea Morgan (Exulansis, Shadowhouse) offering a violin, elevating the record to a new level of emotional depth. A simple guitar passage sets the pace and range of the track, while Morgan’s piercing instrumentals transport the listener to a vast, bleak, yet gorgeous soundscape, akin to ColdWorld’s Autumn. A nod to “Ursa Majora”’s main riff at the end of “Ursa Minora” works to establish continuity in the record, helps establish a strong flow throughout, and accentuates the emotional journey Cicatrix intends the listener to voyage.

Throughout the record, Nodus Tollens maintains characteristically DSBM elements but refuses to confine to a single mode of expression. The record is impressively expressive and a real journey through sorrow, grief, and loss is felt throughout, leaving a bittersweet feeling of triumph towards the end. Its expressions are seen in the acoustic passages surrounding the intensity of “Ursa Majora”; not straying too far from its depressive black metal roots but exploring different musical avenues and moods in the process.

“Ad Meliora” is the first track in which we finally hear the bass guitar come to life and play a prominent part in the record. Its rolling momentum allows it to become a key player in the track as Cicatrix returns to more classic depressive black metal tonalities and characteristics; again, providing both continuity and variety to the record without stagnating or becoming too muddled. From this, one only wishes the crushing intensity of the bass was more prominent throughout the entirety of Melancholic Waters Ablaze with the Fires of Loss.

Final thoughts: Melancholic Waters Ablaze with the Fires of Loss is a strong full-length debut from Cicatrix’s Nodus Tollens, and a dynamic exploration of depressive expression. It explores a plethora of styles that have become accustomed to DSBM, and its ability to express an overwhelming depth of emotion in several modes is impressive and brings a breath of fresh air into the genre. After their sold-out split with Crown of Asteria and now Melancholic Waters Ablaze with the Fires of Loss, it’s easy to see that Nodus Tollens is a name to look out for in the depressive black metal market.

Melancholic Waters Ablaze with the Fires of Loss Track Listing: 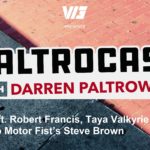 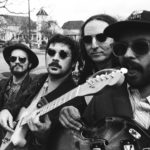