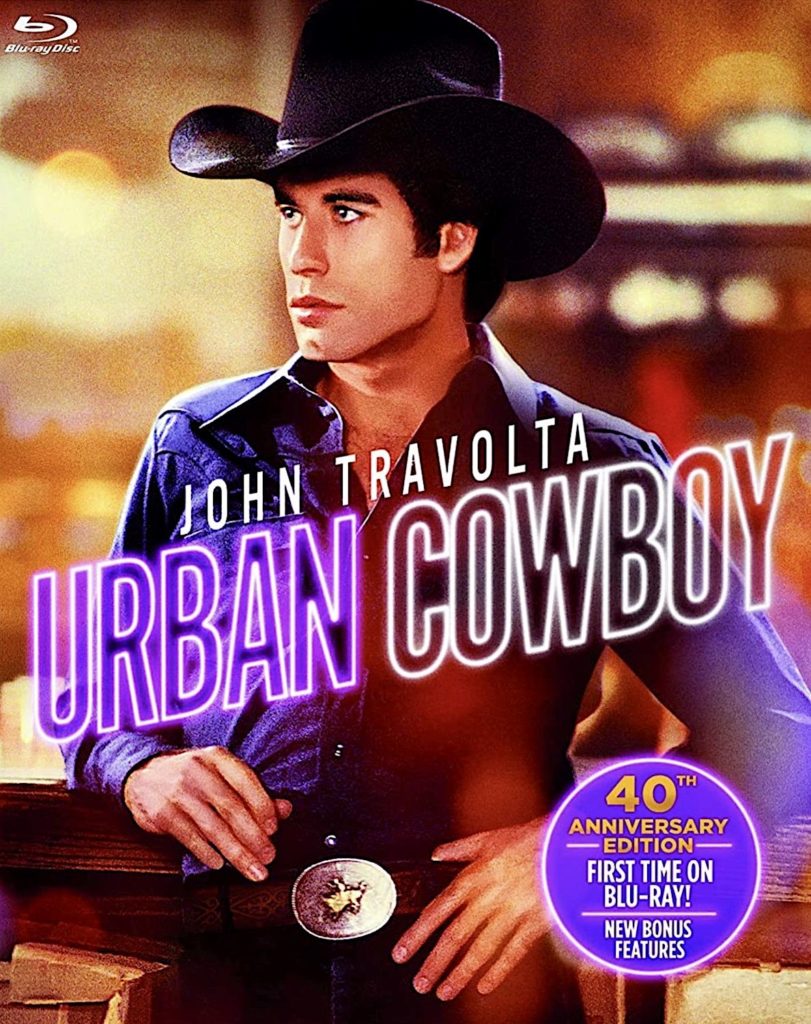 Forty years ago, John Travolta and Debra Winger teamed up with director James Bridges to adapt a story based on a nonfiction magazine article, Aaron Lathan’s Esquire report “The Ballad of the Urban Cowboy.” Filmed mostly on location at Gilley’s Club – a real and celebrated massive honky-tonk co-owned by country performer Mickey Gilley, Urban Cowboy largely influenced a generation of music fans to country music.

Much like Saturday Night Fever and Grease, Urban Cowboy spawned a successful soundtrack that yielded six singles. Gilley’s “Stand By Me” cover, “Look What You’ve Done to Me” by Boz Scaggs, “Lookin’ for Love” by Johnny Lee, Grammy-winning “Could I Have This Dance” by Anne Murray, “Love the World Away” by Kenny Rogers and Joe Walsh’s “All Night Long”) all charted between May and August 1980. They contributed to a double-LP soundtrack that hit No. 1 on the country charts, with some cross-over to the pop top 10 as well.

Urban Cowboy marked a return to form for Travolta, following Moment by Moment, his co-starring turn with Lily Tomlin (released around Christmas 1978) that missed its mark with audiences. Urban Cowboy found Travolta back on the dancefloor (and a mechanical bull) adorned in denim clothing, cowboy boots, and a black stetson selling the world on his screen-romance with Debra Winger.

The plot of Urban Cowboy is a relatively simple one; Bud Davis (Travolta) relocates for factory work and stays with his Aunt and Uncle. They bring him to Gilley’s Club, where he meets Sissy (Winger). They quickly hook-up and try and find their way. Enter Wes Hightower (Scott Glenn), recently released on parole from Huntsville Penitentiary to make things interesting. That’s the gist. Add in Bull-riding, line dancing, and the requisite ups and downs of coupling done quickly. The real scene-stealer in Urban Cowboy is Scott Glenn as Wes, a menacing brawler who’s got his eye on Sissy. Glenn is now commonly revered as a presence on every film he makes, but Urban Cowboy widely introduced him to the world.

Relive all the incredible drama, passion, and music of the hugely influential hit Urban Cowboy, released on Blu-ray for the first time ever June 2, 2020, from Paramount Home Entertainment.

The Urban Cowboy Blu-ray features exclusive new bonus content, including a retrospective piece called “Good Times with Gilley: Looking Back at Urban Cowboy” featuring a new interview with Mickey Gilley, along with four deleted scenes. The Blu-ray also includes outtakes and rehearsal footage previously released on DVD and a digital copy of the film.