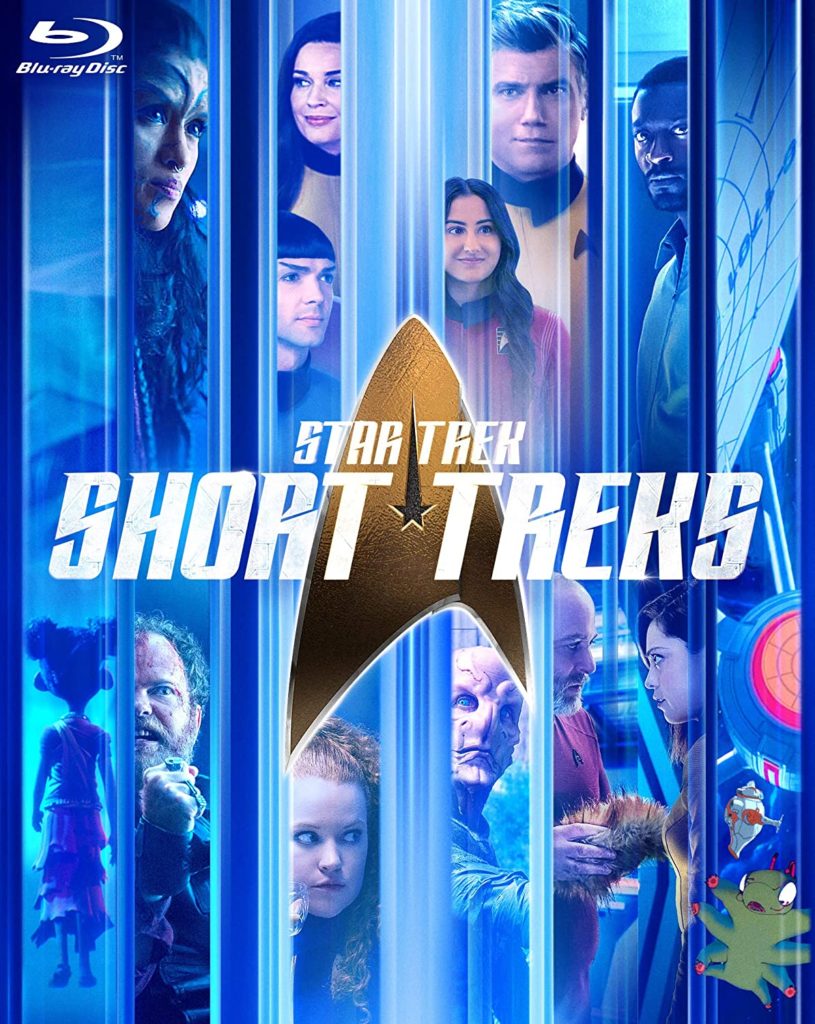 For the uneducated, Star Trek: Discovery has been a thing on CBS All Access now for almost three years. Two seasons are available to watch/stream with a third season due sometime this year. Star Trek: Discovery begins roughly a decade before the events of the original Star Trek series and follows the USS Discovery crew on various adventures.

Star Trek: Short Treks is a US web television series created for CBS All Access by Bryan Fuller and Alex Kurtzman. Designed as a spin-off companion series from Star Trek: Discovery, Short Treks consists of several shorts that use settings and characters from the Discovery series and the wider Star Trek universe. The shorts are around 10 to 20 minutes long. This Blu-ray/DVD release features nine shorts, along with nine featurettes that expand upon the shorts. There is also commentary over two of the shorts; “Runaway” (Alex Kurtzman and Jenny Lumet) and for “Ask Not” (Anson Mount).

Shortly after signing a deal to expand the Star Trek franchise on television, Kurtzman announced Short Treks in July 2018. The first four Short Treks aired from October 2018 to January 2019, between the first and second seasons of Discovery. Produced mostly by cast and crew members from Discovery, filming took place in Toronto, Canada, on the set of the Discovery show. In January 2019, two new animated shorts were revealed, with four additional live-action episodes announced in June 2019. The second season of shorts aired from October 2019 to January 2020, between the second season of Discovery and the first season of Star Trek: Picard. The final Season 2 short “Children of Mars” teases Admiral Jean-Luc Picard and feeds into the Star Trek: Picard series. “Children of Mars” is the only episode absent from this Blu-ray. I’m sure it will be the first on the next Short Treks home release.

I watched these shorts having not seen a single episode of Discovery, and I quite enjoyed them. Obviously, there are characters with history on the show that I am unfamiliar with, but that didn’t take away from the strength of any of these Short Treks episodes. “Calypso,” written by Sean Cochran and Michael Chabon with a teleplay by Michael Chabon, works as a stand-alone. All you need to know is that the Discovery is the ship in question. “The Escape Artist” with Rainn Wilson as Harry Mudd is priceless. And “The Trouble with Edward,” featuring H. Jon Benjamin (as Edward Larkin) genetically modifying tribbles against his Captain’s orders, will appeal to all fans of Trek.

These shorts serve to enhance Star Trek: Discovery, a show I now need to sit down and watch because I clearly have been missing out.

The following shorts are included on Short Treks; all are presented at a resolution of 1080p with clear picture definition and impressive sound:

-The Girl Who Made the Stars (7:45):
Directed by Olatunde Osunsanmi
Written by: Brandon Schultz
Released: December 12, 2019