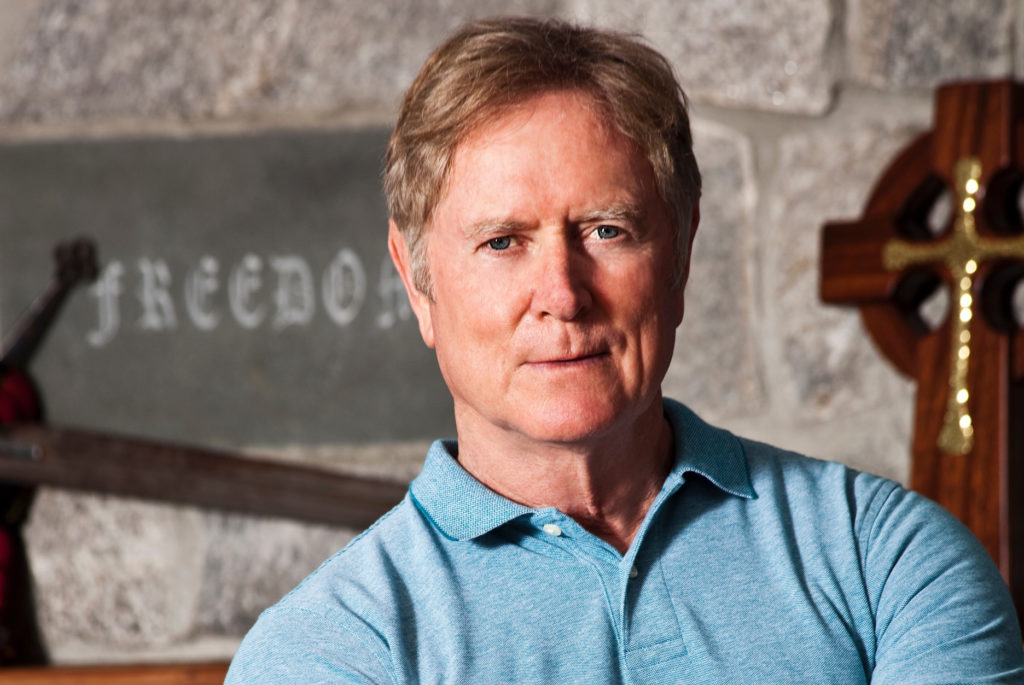 Randall Wallace had spent the beginning of his career writing for cable TV until he penned the three-hour script for Braveheart that was eventually directed by Mel Gibson. The film became a massive breakout hit that went on to win five Oscars including “Best Picture,” and grew to be a classic.Wallace has gone on to write touching scripts for moving movies and even directed a few, but Braveheart stands as a towering achievement in his catalogue.

Paramount is giving Braveheart the epic treatment it deserves by releasing the film in pristine 4K quality in an upcoming Steelbook edition loaded with exclusive special features on June 16th, 2020. We got to chat with Wallace about what sets Braveheart apart from so many movies, reasons why it has aged well, and the epic scope of the film itself all these years later.

It must be pretty amazing to see people celebrating this movie all these years later.

Randall Wallace: “It’s like waking from a dream and finding out the dream is real. Twenty-five years ago, a little more than 25 years for me, I was only writing a story that I wanted to see. I was only trying to express what was true for me and the story I wanted my sons to see. To be talking about it 25 years later and see it just as alive as ever, a young journalist like yourself will tell me, ‘I watched it with my father.’ Or, ‘our family watches it regularly together.’ For young men, all have it in common when somebody yells, ‘Freedom!’ Everybody knows what that means and what that comes from. It’s amazing to me.”

Yeah, I can believe it. I grew up watching it with my brother and my cousins all the time. I’m pretty sure that was the first Hard-R title I ever saw actually.

“(laughs) Yeah, and it’s interesting too that it is rated R and it has violence, and it has some sexual situations in it. There’s a university in my hometown, Liberty University, which is an evangelical Christian university, and the students when they go to Liberty sign a pledge that they won’t watch R-rated movies, but they sell Braveheart in the student store.”

To be fair, it might have some sexual content, but it’s always been treated in a very tasteful manner because it’s this romantic aspect of this deep-seated love story. So it’s not like it’s a bunch of Playboy Bunnies or something. I think it uses, very responsibly, if we’re being totally honest here because it’s not hyper-stylized and it definitely doesn’t make it look “cool” or “awesome,” you know what I mean? Unlike a lot of blockbusters or movies with a huge budget and of that scope, especially in the era we’re in right now, right? So I think that’s definitely a factor that sets it apart in a pretty significant way.

“Yes, and I think you’re exactly right and one of the reasons that it lasts is I believe the audience, even young men, very young men, I mean twelve years old, I think the young man recognizes that what is in front of him in Braveheart is the truth. You watch a superhero movie and somebody has powers or whatever, shoots lightning, they really do shoot lightning out of their eyes, that’s not real. Life can be brutal, and unfair, and terrible. We have the capacity to be alive through it, it might take pain, it might take sacrifice but through this awful stuff we can be men and stand up. I think that’s not just what young men want to be, but it’s who women want their men to be. I think it has that appeal, I think that’s why it lasts.”

Absolutely, and it’s funny too because I noticed it also came out in that really awesome sweet spot in the ‘90s where even major studios were putting out big-budget period pieces, but they were incredibly human stories of all different kind of genres. Braveheart came out right around or not long after stuff like Shawshank Redemption, Forrest Gump, which are all very human stories. I think because it’s centered in such a believable reality, and it doesn’t hinge itself on the suspension of disbelief, I think that is a major resonating point for the audience then and especially now.

“Yeah, and I agree with you completely. I’m hoping that in the wake of something shocking and difficult, like a wave of this COVID epidemic pandemic is, that wonderful examples of renewal will emerge. If you look at say in 1939, you talk about a sweet spot, and wonderful movies, Gone With The Wind, Lawrence of Arabia, The Wizard of Oz. They all came out right around the same time.”

“There is a rhythm to life and we’ve been in a time of fantasy and a fantasy formula, but the movies you cite weren’t about formula. They were about sharing a powerful experience with the audience.”

The last question I had was what was it like to execute the story at such an advanced level from even just a screenwriting standpoint? Because despite the fact that, yes, it has epic cinematography and a lot of other amazing elements to it, what was it like writing a three-hour script and making sure that every page kept people riveted?

“It was an experience of the story speaking to me. One of the things I’ve learned over the years of writing is that a story is coming alive when the characters surprise the writer. I believe it was Jane Austen, several centuries ago, who said, ‘An ending that does not surprise the writer will not surprise the reader.’ It may not be Jane Austen, but I know that is true. This story told itself to me and every day I sat down to write, when I was by myself, having the characters take my breath away, saying things I never pre-planned, that was the experience. I got to be the first audience.”

Sloane Details Discovering Jazz in His Teens, New EP ‘Too Young To Be Lonely,’ and Helping Henry Grimes