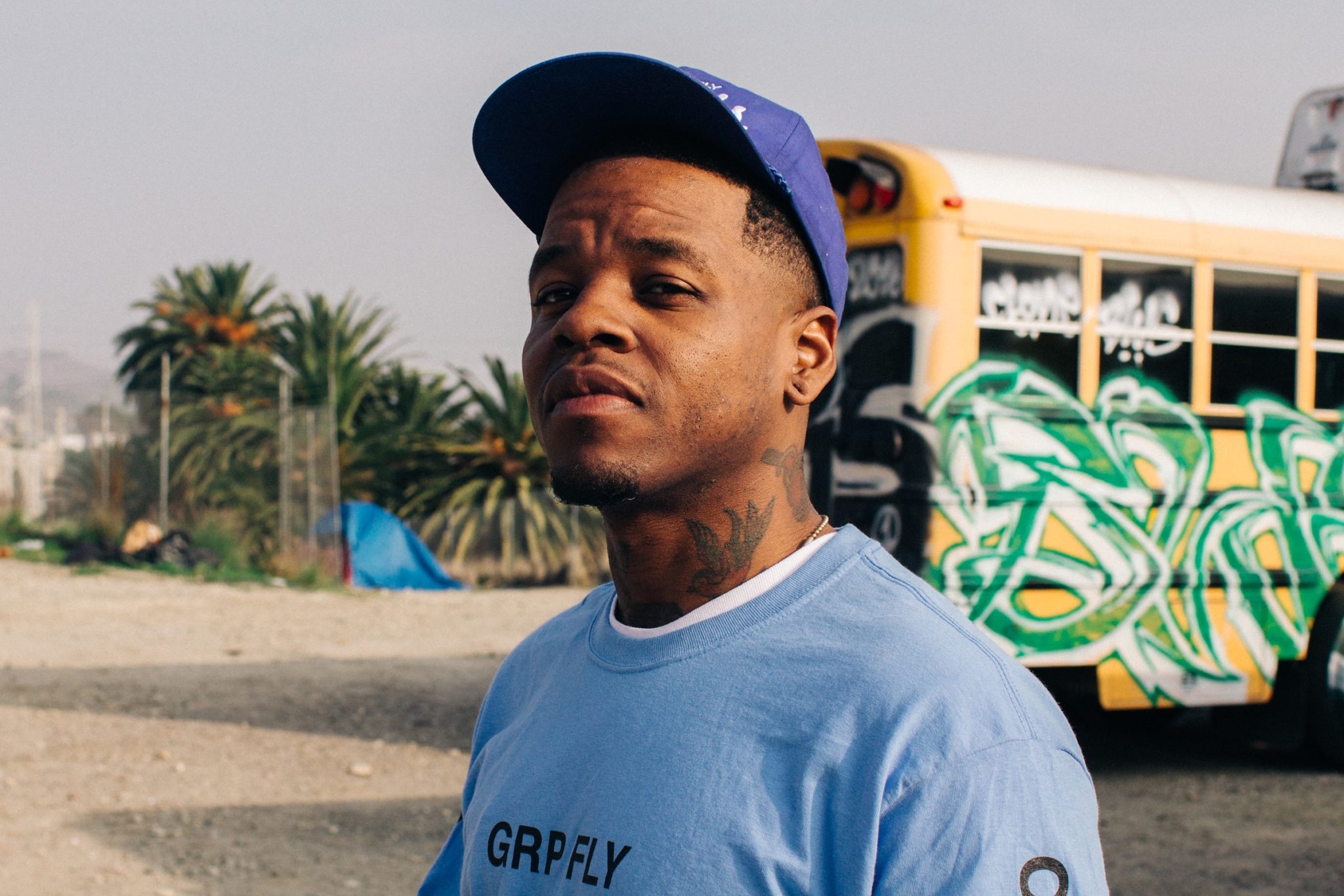 When the legendary Chuck D of Public Enemy fame says your music “has the potential to change the world” then you know you must be doing something right. Enter Jabee, a rapper who has earned the praise of his peers through both tons of talent and heaps of hard work. Hailing from Oklahoma City, Jabee has been in the rap game now for close to fifteen years, with each subsequent release earning him additional respect for his clever rhymes and thought-provoking lyrics.

Jabee’s critical and commercial breakthrough came in 2016, with the release of Black Future, an album boasting guest appearances from the aforementioned Chuck D, Killer Mike, and Brother Ali. The recording featured the politically-charged track “Monument” in which he was joined by Chuck D for a blistering take on the sad realities of police brutality in the United States. Jabee’s aim with Black Future was to challenge listeners with a thought-provoking release intended to change the way one thinks and perceives the world.

Enter 2020, and the themes of Black Future continue to ring true, recently reaching a feverish pitch in the United States with widespread protests and demonstrations over continued racism and police brutality. Jabee has just released his brand new studio album, This World is so Fragile and Cruel I’m Glad I Got You, yet another powerful statement which only further builds on the themes present in Black Future. Featuring collaborations with Wale, Lil B, 88 Keys, Statik Selektah, and more, this new slab couldn’t be any more relevant than it is right now.

This all said, we are absolutely thrilled today to have Jabee himself join us for a special guest blog in which he examines race relations in his native Oklahoma City. In an insightful and impactful way, Jabee takes us through a brief overview of the city’s history of racial tensions and protest and, in doing so, highlights the urgency for positive change, not only in Oklahoma City but also in the entire country.

“Yesterday I was on the phone with (rapper) Slug of Atmosphere, and he asked how I was doing….?

Considering Oklahoma is ground zero right now, I hadn’t thought about things like that until he mentioned it.

In order to understand this, you have to be aware of Oklahoma’s rich black history… so here is a crash course on why the protesting and race issue is heavy in Oklahoma.

The weekend of Juneteenth [Jabee dropped a recording of the same name, Juneteenth, on June 17th, 2016] we celebrate slaves being freed. The Emancipation Proclamation was issued in 1863, it wasn’t until 1865 when General Granger announced orders in Galveston, Texas, proclaiming that all slaves in Texas were free, it wasn’t until 1866, a whole year later, that whites and Muskogee creeks tribes let their slaves in Oklahoma free! Once slaves were free we started to build up our own communities, and so from 1865 to 1920 African Americans created more than fifty identifiable all-Black towns and communities, some still existing today!

The most notable is the Greenwood district in Tulsa Oklahoma, where the Tulsa race massacre happened from May 31st until the 1st of June 1921, mobs of white residents attacked black residents and businesses of the Greenwood District, and on this rampage, they killed over 300 black people!

Fast forward to 1958 in Oklahoma City where Clara Luper took thirteen students to Kats drugstore and staged a sit-in protest. My aunts were there amongst them, and my grandmother was friends with Clara Luper. Therefore in 2017, I joined the Clara Luper legacy committee to help bring more awareness to what they did and celebrate their incredible efforts at that time!

There are many other stories I could mention, but here are just three more…

One is Julius Jones, a friend of mine who sits on death row today for a crime he didn’t commit. So many things went wrong with his case and trial. Then there is Terence Crutcher, who was killed by Tulsa officers in 2016 and shot in the middle of the road with his hands up. The final one is Derrick Scott, who was killed by Oklahoma police officers in 2019. He was the father of a friend of mine.

All of these examples and so many more are weighing heavily on our state. These are stories and facts that I think about when I’m writing my music, and this is the subject matter that went towards the inspiration for my new album This World is so Fragile and Cruel I’m Glad I Got You.

So yes, the protests in Oklahoma have been very heavy and intense. We want change, we want equality, and we want to be treated like humans. It’s sad that we have to even think about saying ‘stop killing us.’

I don’t have all the answers, nor am I sure whether I am writing this blog correctly, or even making a lot of sense. I just hope that it helps to shed some light on Oklahoma, and allows people to see the value, how rich the history is for black people in our state, and why this current climate and time in history is of such importance to us.