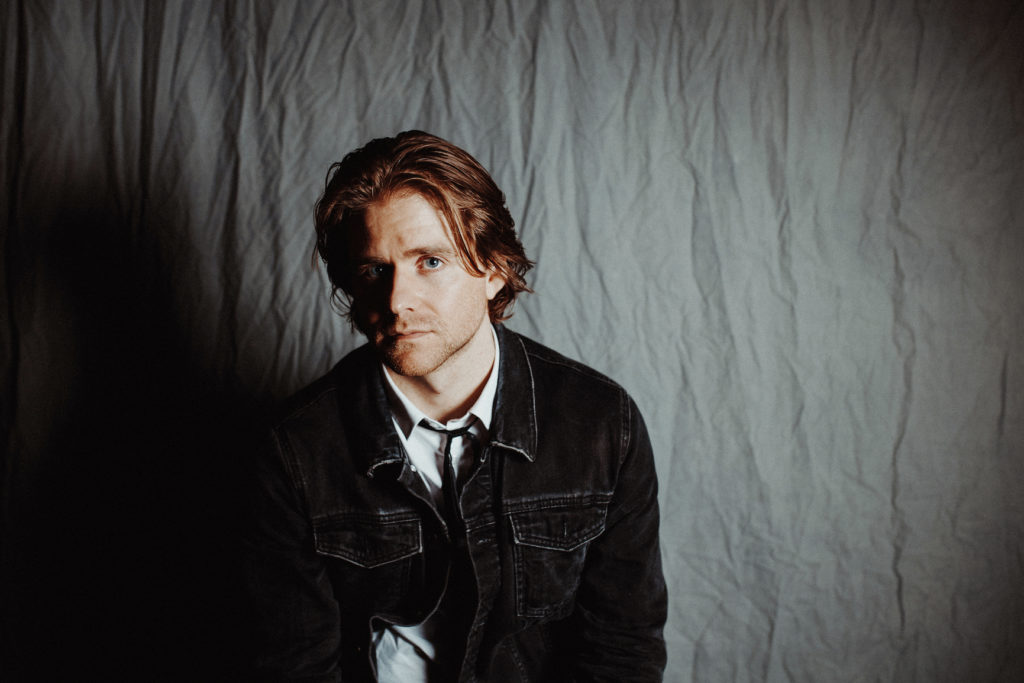 Ready for round two of that most dangerous game we introduced you to? Yes, we’re referring to Kyle T. Hurley and his new album KTH III, which you can now hear in its entirety prior to its proper release. The follow up to KTH II, Hurley is back and ready to feed you more of his inventive country-tinged blues rock sound. Full of energy and pizzazz, the record states all the right things about Hurley, displaying most of all his talents and experience as a songwriter. A multi-talent for sure, Hurley also doubles in business as an A&R for Spiritual Records who assists new artists in getting on their feet.

A native of Philadelphia, Hurley is now located in London, a city which currently better suits his ambitions as a songwriter better. He has become one of the leading members of the growing scene of songwriters in the Camden Town district which has likely only benefited him as a musician since music is all around him each day. When something is such a part of your life that you really can’t avoid it, it tends to bring out the best in people and that’s what’s happened with Hurley on III seeing him achieve a higher level of songwriting creativity. With a solid and growing musical career and one as an exec, Kyle T. Hurley seems to have it all. But that’s the difference between Hurley and everyone else. He demands the best out of himself which is why he remains so dedicated to broadening his craft.

In addition to the debut of KTH III, we spoke to Hurley to ask him a few questions about the new record. Read on as Hurley tells us more about his album, how he funnelled his knowledge of the recording process of his first two albums into this one, and what he’s most proud of about it.

III is, of course, your new record and your third solo record thus far. If you had to briefly sum up the album for us, what can you tell us about what to expect on III?

“The songs on this album are more me than anything before. With each album I do, I have a clearer and clearer vision of who I am as an artist. This album is the clearest to date and incorporates all the music I have been listening to during the album’s creation- a lot of the classic country and rock artists, as well as music from the ‘90s.”

Out of everything about the new album, what are you most proud of on III? What element stands out the most to you?

“I am most proud of the sound and production of the album. I wanted to album to be as organic as possible. I wanted it to sound like a band all playing at once in a room, the way old bands used to record. I think that I accomplished this with the setup of the recording sessions and the mics that we used, capturing a more vintage sound. What also stands out to me is the ideas behind the songs I think are more interesting than my last albums. As I live more life, more life shows in the songs.”

What would you say you learned from the experiences of recording your first two albums that helped you be better prepared as a musician to record III?

“I would say understanding the entire project of recording an album helped me to better prepare for this album and get it recorded with the least amount of headaches as possible. A lot of admin goes into recording an album, so knowing how to do it well is important. When things go smoothly, everyone involved is in a better mood and just plays better cause it is fun.”

Ten tracks made it to the final cut of III. How many songs, if any, didn’t make this final cut and were there any difficult decisions to make about what to keep and what to leave off?

“Everything is on here that I wanted. There was, however, an a capella version of an old Brazillian song called ‘Insensatez’ that I recorded which I didn’t include, only because it would have been so out of place with the other songs on the album. Also, there is a song which did not get finished in time called ‘Via Bahia’ which will be on my next album. It’s about the magic of Bahia, a place in Brazil.”

You recorded the album track “The Most Dangerous Game” at the legendary Abbey Road Studios. Were any other album tracks recorded there and what was the experience like being among such hallowed ground?

“Everything was finished at Abbey Road. My last album was as well. The experience of being at Abbey Road teaches you the importance of the people involved. It doesn’t really matter where you record as long as you have capable equipment. The mood and energy needs to be right, but most importantly the musicians need to be good. That’s what made Abbey Road the name it is, the people that recorded there. It just goes to show you how good bands like The Beatles actually were to them, Abbey Road was just another studio to capture their sound. They were the hallowed ones.”