If you’re feeling a little “Faded” now that Thursday’s arrived, well, you’re not alone. This said it seems like the perfect time for a pick-me-up and we have a solid one handy in the form of “Faded,” the new single from alternative rockers Fellow Kids. The Vancouver group is especially excited to release the song for it’s the first sample of what they’re cooking up with a brand new reinvented sound.

Early last year, their original lead guitarist, Forrest Zawila, decided to move on which allowed for the addition of new guitar player Jamie Gordon. During Zawila’s time from the formation of Fellow Kids in 2015 to 2018, and the release of their debut EP, the band was more of a garage rock outfit. When he left and Gordon took his place, they decided to shake things up and veer towards more pop, dance, and synth tones working at Monarch Studios alongside Tom Dobrzanski of local Vancouver group The Zolas. With Dobrzanski’s helping hand, a new era has begun for Fellow Kids, one that they feel is a lot more inline with where they want the band to go.

The group went into greater detail on how “Faded” was written and their decision to work with Dobrzanski. “After the departure of our original lead-guitarist, ‘Faded’ was the first song we wrote with our new guitarist, Jamie Gordon. The song started with singer and guitarist Navin Sundar trying to musically capture the feeling of ‘finding a release from social anxiety, and the feeling that it would be better to shed your skin, transform and never look back.’ After tinkering with the original arrangement Navin brought into rehearsal, Ian Lavery suggested changing the key. The song came together really quickly after that and set the tone for our songwriting going forward.”

They continue by adding, “It was about a year to the date from when we started working on ‘Faded’ that we headed into Monarch Studios. We chose to work with Tom Dobrzanski because we wanted someone who had experience with synths and radio-arrangements, which he had from playing in The Zolas, and recording Said The Whale and Hey Ocean! It was a very creative experience in the studio and the song came out with more emotion than we could have hoped for. We ended up getting the song mastered by Greg Calbi at Sterling Sound in New York, who has worked on songs by Tame Impala, Arcade Fire, and Foster the People.”

With its dancy melody and overall catchiness, “Faded” is destined to become the breakout hit that the quartet have been seeking. To more thoroughly discuss the song and the band’s new direction, we spoke with drummer Ryan Ewanchuk and asked him a few questions to get up to speed on Fellow Kids.

“Faded” was the first song you wrote with your new guitarist Jamie Gordon and you say that it came together very quickly. Just how quick was the writing process for “Faded?” A matter of hours?

Ryan Ewanchuk: “The writing process for ‘Faded’ really didn’t take that long at all! Our lead singer Navin came up with the initial idea and the song came together very quickly over the course of a few band practices. We usually jam for two to three hours twice a week and we had a pretty solid idea of how the song would sound after about four jams.”

Do you think there was something in particular about working with Jamie as a musician that motivated the tone and structure of “Faded?” What was the most important asset he brought to the table in the writing of this song?

“Jamie bought a harder, funkier, more aggressive style of guitar playing to the band. He has a great ability to improvise over stuff which has already been written, bringing a whole new tone/sound to an already existent song. His musical intuitiveness was the greatest asset that he bought to the table.”

“Faded” was not actually recorded in the studio until about a year after it was originally written. Did the song change at all in the year in between writing and recording? Or did you just shelf the song until you had the chance to record it?

“In terms of progression and structure, it didn’t change a whole bunch between writing and recording. We used this song to pave the way forward for the direction of song writing that we are moving towards. We didn’t shelf the song at all and it still remained a standard in our live shows and our jam sessions. Once we got into the studio to record we did add a whole load of synth to the song and lots of extra layers which weren’t there before.”

Fellow Kids is an alternative rock band that leans more on the dance, synth side of rock music now, whereas you were formerly more of a garage rock band. What precipitated the genre adjustment towards this new sound within the group?

“Previously, Navin would bring in an idea that he had written on an acoustic at home. We would then work individually on our own parts and form a song like that. ‘All Or Nothing,’ from our self-titled EP, was the first tune we wrote together and we naturally moved towards that more dance element of rock music when we started writing collaboratively.”

When did you realize it was time for a change away from garage rock to more dancy alternative rock? Or was it more of just an organic process where your musical preferences changed?

“It was a very organic process and somewhat a ‘musical maturity’ thing. It’s very easy to write run of the mill songs in the vein of standard guitar-based garage rock. It was more interesting for us creatively to meld modern sounding rock into our writing. We knew that our strengths were in that raw, heavy drum & bass sound. We are heavily influenced by local rock bands such as Mother Mother and The Zolas. This is why we chose to record ‘Faded’ with Tom Dobrzanski (formerly of The Zolas) at Monarch Studios as we knew that he would be key in getting us the sound that we were after!” 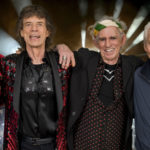 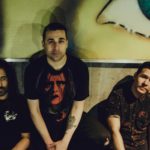 Islander Share Cover of R.E.M. Classic “It’s The End of The World as We Know It (And I Feel Fine)”