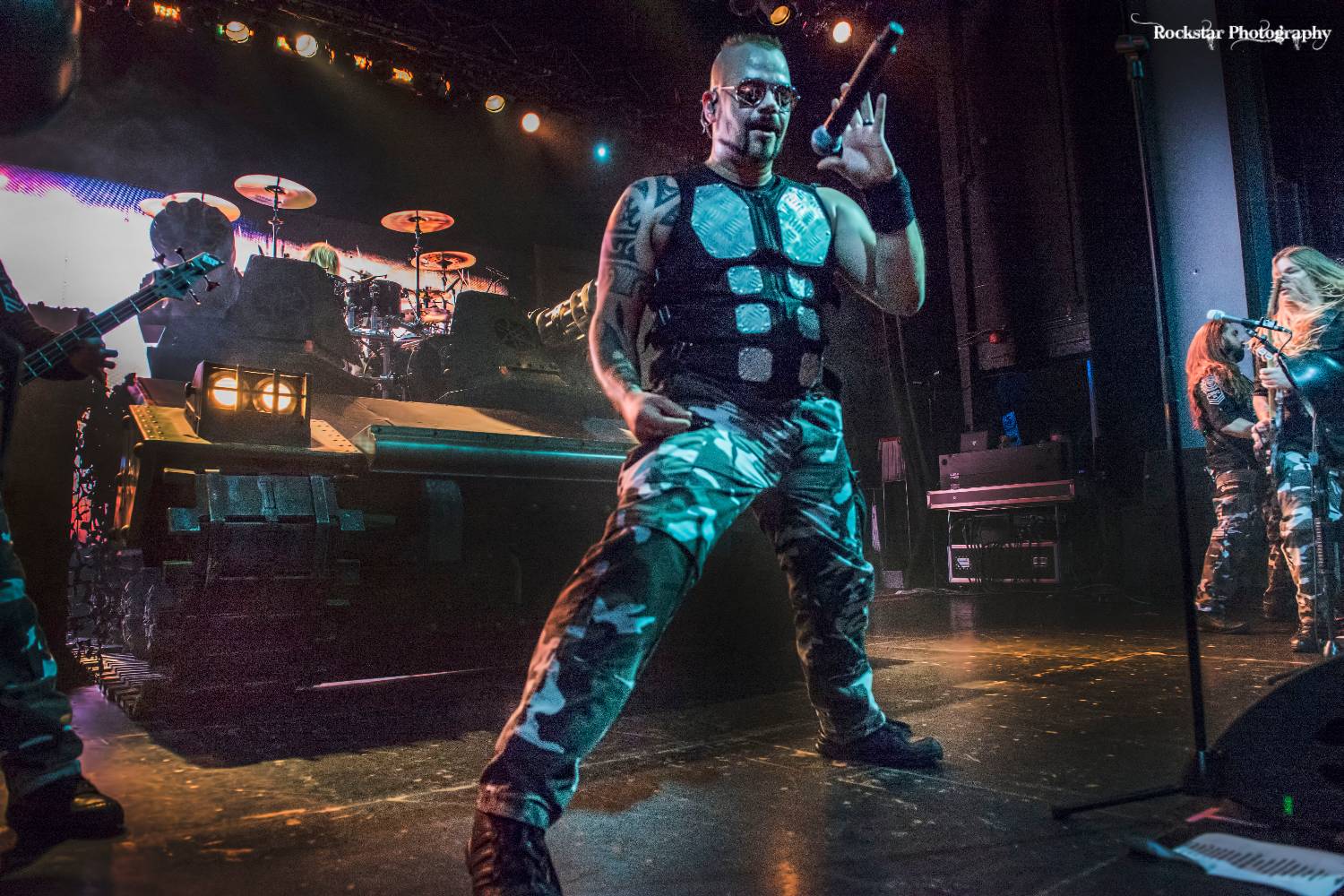 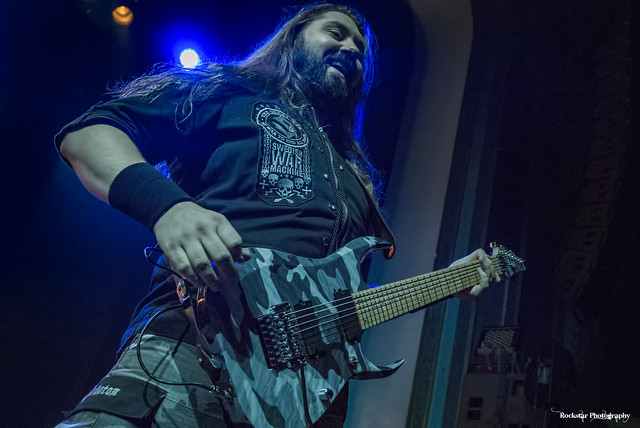 In the far off distance, you could hear the Swedish war machine summoning their metal warriors to an ancient Viking ceremony. Last Tuesday, October 29th at The Danforth Music Hall, Toronto’s chapter of heavy power metalheads answered the call… overwhelmingly! In a completely sold-out and absolutely packed venue, our Scandinavian brothers in arms Sabaton once again treated this city to an unforgettable night of metal! The venue was already near-packed even before the night’s first band hit the stage. It was the first time for myself as well as many other concert-goers to see this band, and once again… wow!

For a group that was opening a show, Sweden’s Hammerfall kicked ass! Toronto’s enthusiasm may have fuelled this fire because holy shit did it get hot and heavy once this five-piece got started. It was a really tight set, with all three guitarists coming together at the front of the stage for a “hair windmill“ trifecta. As I glanced into the audience, all I could see were clenched fists in the air, flying hair, and shouts of approval from fans. Singer Joacim Cans announced that the band would be back in Toronto for a headlining tour next year in October, so mark that date in your calendar. He shouted, “let the hammer…“ and then the audience responded enthusiastically, “fall.“ Hammerfall performed “Never Forgive, Never Forget,“ “One Against The World,“ and “Renegade“ as their first three songs.

Check out the most recently-released Hammerfall music video for the title track from Dominion:

By this time The Danforth Music Hall had generated its own sub-climate, and it was steamy hot! Anyone who was still wearing a jacket had streams of metal-sweat streaming down their faces… myself included. Now let me ask you this: How many times have you gone to a show where there’s a military tank on the stage, with the drum kit perched on the top, and the microphone stands are machine guns? Sabaton’s stage is set to go to war! Fitting, since the new album that they’re promoting is named The Great War and this is The Great Tour.

The band took the stage in camouflage clothing with camouflaged guitars, and lead singer Joakim Brodén was wearing what appeared to be a bulletproof vest, and drummer Hannes van Dahl was looking down on them all from way up on top of the tank. The tank’s cannons spewed smoke throughout the show, crowd surfing abounded with a sea of clenched fists in the air, and this military exercise had officially begun! These guys are so much fun to see live. The energy at every Sabaton show that I’ve been to has always been amazing. Tonight is no different. These Scandinavians love to rock, and Toronto loves them just as much!

And now, how about the music video for the title track from Sabaton’s new album The Great War: 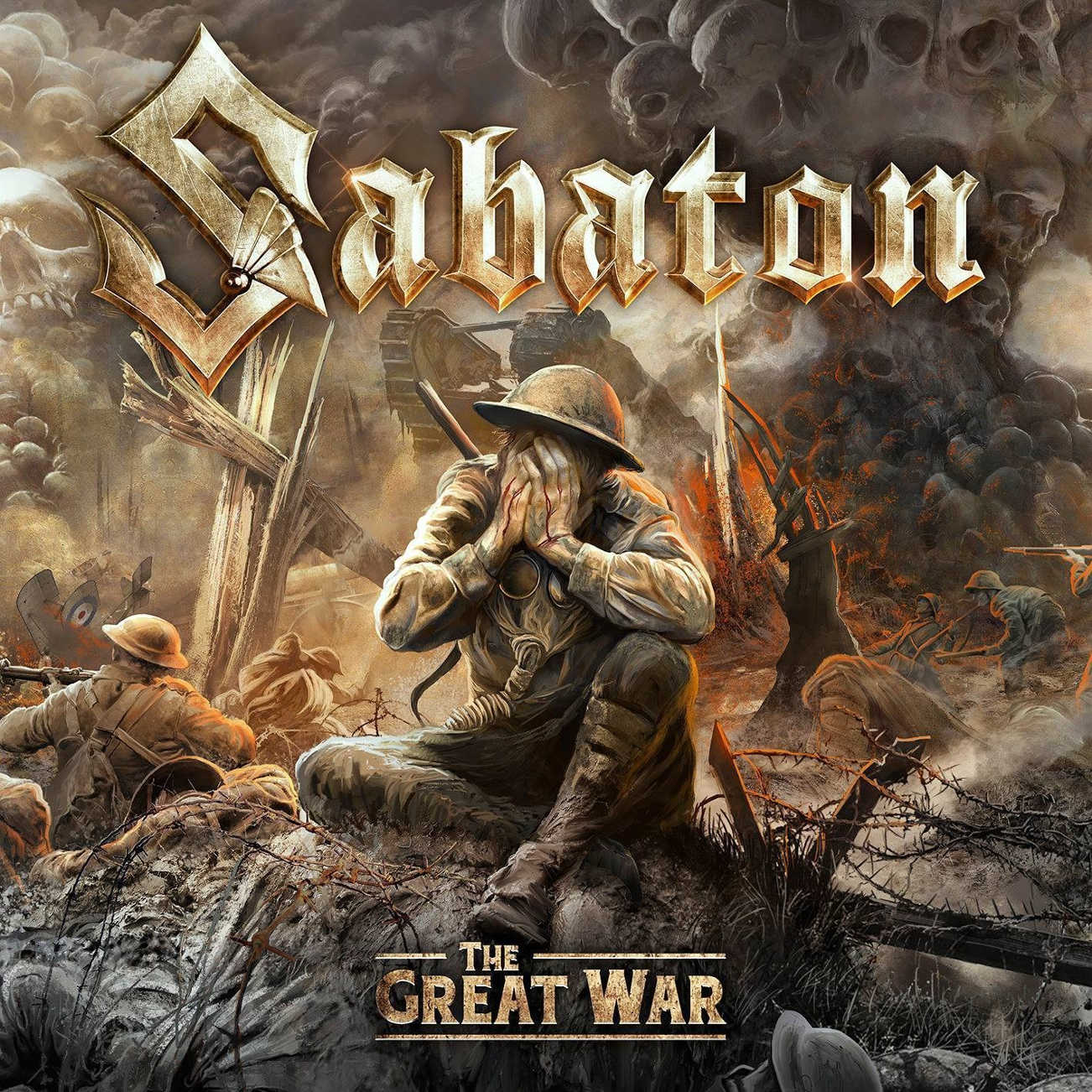