Death metal has had a noticeable resurgence in recent years, with the retro-drenched OSDM movement gaining more and more popularity as time goes by. Bands like Black Breath, Mammoth Grinder, Tomb Mold, Entrails, and many, many others have been taking the classic early ‘90s death metal curriculum and adding in their own extramural mix of hardcore, d-beat, grind, and any number of other spices. Some of these are merely aping the genre and quickly become redundant, but bands like Gatecreeper are making their mark with originality and pure passion whilst still flying that old-school flag high and proud.

Hailing from Arizona and obsessed with the Sonoran desert, their 2016 full-length debut, Sonoran Depravation, was hailed as an immediate classic of modern death metal, its 33 minutes jam-packed with a heady mix of the finest elements from both the Florida and Stockholm schools of the genre (leaning heavily towards the Swedes), and shot into the awaiting ears of fans through a double-barreled blast of Bolt Thrower. It was heavier than a concrete slab, flowed as smooth as country water, and put smiles on dials across the fandom.

Their 2019 sophomore album, Deserted (Pre-order via Relapse.com or find streaming and/or digital download options here), besides having another desert-themed title (a double entendre, no less), is testimony to the fact that yes, some bands can top their incredible debuts and yes, there’s probably more sauce in that bottle waiting to be tapped out in the future. It takes all the good stuff that they crammed into the first one, spreads on another three or four layers of buttery, distorted delight, and makes for an extremely enjoyable listen.

Here’s the desolate video for “From The Ashes” here:

The BOSS HM-2 crunch (as made popular by the Swedish death metal originators) pervades every dark nook and dusky cranny, creating an overwhelming atmosphere of heaviness, cavernous despair, and fiercely hot winds. The twin-guitar attack of Eric Wagner and Jack Maniacky is wickedly tight, and the riffs are thunderous and decadently tasty. These guys are so in-tune and act as one instrument, with one passage effortlessly migrating to another, and leads that briefly lift you up before slamming you straight down to the desert floor again. The rhythm section is equally in sync, the low-end of the bass and the expertly-produced drums laying an untouchable basis for the rest of the group from the first note to the last. And Mr. Chase H. Mason lends his furious howl to the proceedings, taking the extremity of his vocal work on the debut and pushing it to even more bloodthirsty levels.

There is no fat on these songs – the band show how an economical approach to death metal song-writing pays off by stripping everything down to bare bones and allowing the performance to shine through. There’s not a wasted second in sight, not a verse or a blast-beat where the listener isn’t forced to pay close attention in case they miss yet another delectable riff or brutal blast of seething ferocity, and it all adds up to gore-infested audio orgasms from top to bottom.

Gatecreeper has done it again by focusing on their strengths and trimming the musical fat, something they are becoming known for. Deserted is 100% classic death metal from a modern band bursting with balls and talent, and should be indispensable for discerning fans of all things dark, dank, and heavy. It’s almost as epic as Chase’s moustache. Almost. 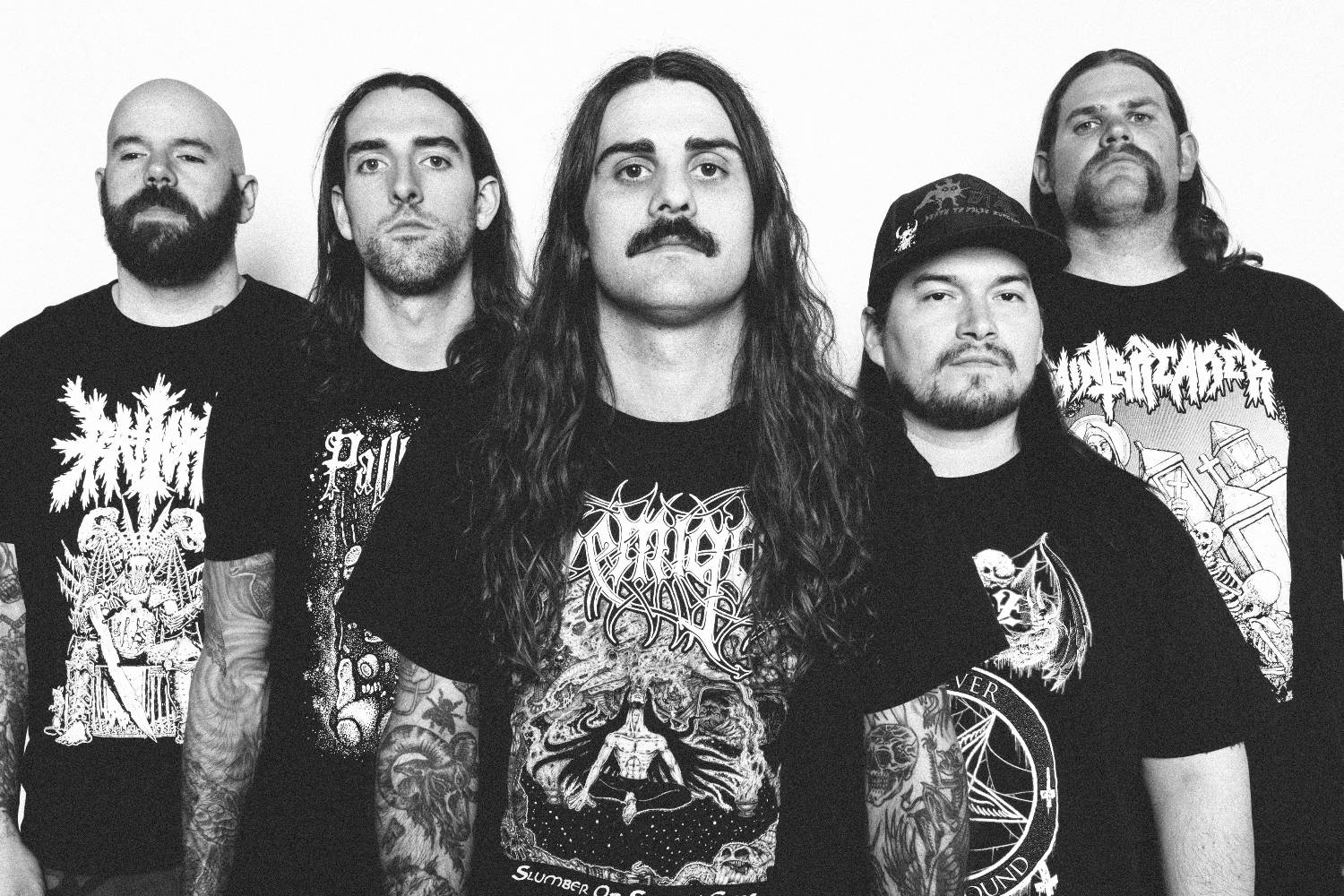