Dante Mazzetti is much more than just a musician; he’s also a lifesaver. How you may be wondering? Well, Mazzetti’s talents and past work extend far beyond the parameters of music considering his experience working as a firefighter in the New York City Fire Department. This was even after he was well into his musical career, but illustrating his many talents and bravery, Mazzetti left it all behind for a period of time in order to help others. Fortunately for fans of his music, Mazzetti has returned to writing and composing his own original music with a two-volume EP series; Hotel Vol. 1 and its continuation, Hotel Vol. 2.

After working for the FDNY, Mazzetti began to experiment with some previously-written songs which served as the catalyst for his return to music. Both of Mazzetti’s new EPs (Hotel Vol. 1 was released this past July, while Vol. 2 comes out on November 22nd) illustrate his songwriting capabilities, particularly his skills at expressing the vastly different emotions that come with both struggles and triumphs. Both EPs were written with a large emphasis on storytelling, in this case, telling the tale of a troubled man discovering a new life and new challenges for himself. Musically speaking, the two EPs lean heavily on the marriage of folk and soul which makes for the perfect backdrop to Mazzetti’s storyteller lyrics. While Vol. 1 was a fairly high-energy affair, Vol. 2 is a slower tempo collection of songs, with a darker backdrop.

Obviously there is a lot happening with Mazzetti which precipitated our recent interview with the talented artist. We spoke with Mazzetti about his recent Western-themed single “Ugly,” the uniqueness of Hotel Vol. 2 (and how it compares with Vol. 1), how each EP was written, and some of his experiences working for the FDNY. Should you be in the area, be sure to also check out the Hotel Vol. 2 EP release show on November 19th at the Rockwood Music Hall Stage 3.

I wanted to start out asking you about your recently-released single “Ugly.” It’s a very well-written track that I feel a real Western film vibe from when listening to it. It almost sounds as if it could accompany a scene in a Western. Did you intend to create this dynamic, or did the song just come out that way?

Dante Mazzetti: “I am a big fan of the Spaghetti Western movie sound – that sort of surfy guitar twang and eerie tone. I didn’t intentionally set out to do anything like that with ‘Ugly’ but it’s something that is often present in my music.”

Now, you wrote “Ugly” as a way of nearly starting a conversation within people about how they interpret the word itself. After giving it some thought, I did come to the realization that ugly is one of the most overused words in modern conversation and media. Would you tend to agree that it’s a word that’s just used frivolously and carelessly?

Mazzetti: “There are certain words that we as a society give an immense amount of power to. ‘Ugly’ is one of those words. We take this string of letters and sounds and turn it into something that is so powerful that it will cause a gut reaction in people. I believe that artists play many roles in society, but one of those roles is to help people to look at the ugly or absurd or contradictory things that we do. I purposefully wrote ‘Ugly’ to be able to be interpreted in different ways. I like to let the listener make the decision on how they want to receive the meaning.

Some people hear it as being about a man who is sponging off of an aesthetically unattractive woman. I like to think of it as a song about a woman who is beautiful on the outside, yet has an ugly soul. I hope to inspire the listener to question the meaning of ugli-ness. Some people are instantly taken aback by the chorus about an ‘ugly girl.’ What makes it so offensive to talk about an ugly girl? Would the song be easier to digest if it was about an ugly boy? Or a beautiful girl? Why? I really think it’s important for people to examine questions such as this regarding words such as that. Is the word ugly used frivolously and carelessly? I don’t know. I don’t have that answer, but I like to examine the questions.”

“Ugly” can be found on your new record Hotel Vol. 2 and carries forth the themes you established with the release of Hotel Vol. 1 this summer. What are some of the continuing stories or tales that will continue to play out on this new record?

Mazzetti: “We are still following the story of a broken man trying to find his way through a new life. The drama involves a washed-up persona, but one that we can all root for because we hear a little bit of ourselves in there too. He lives on the edges and the precipice gets closer by the lyric. The album is old school doomed romanticism, but it’s more about a state of being than a clearly focused storyline. The journey continues along that broken track.” 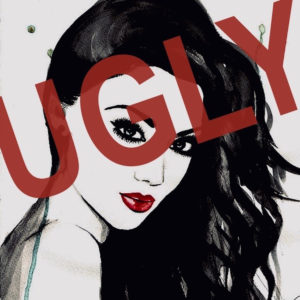 Listening through Hotel Vol. 2, I liked the fact that it’s very unique and no two tracks are very similar to one another, which is no easy feat. How do you manage to bring such different styles to each track?

Mazzetti: “I have a very eclectic musical taste. I like to listen to pretty much everything. When creating, it’s very important to me to allow myself the freedom of genre and musical stylings. I like to experiment with instruments and sounds and rhythms within each song. By allowing myself the freedom to take a song where it wants to go, it opens doors of expressional musically that otherwise would be closed.”

While Hotel Vol. 1 was a higher energy experience, this follow-up has a slower and almost darker tempo. Tell us more about how Hotel Vol. 2 differs musically from its predecessor.

Mazzetti: “Hotel Vol. 1 had a lot of Americana and blues-rock influences. With Hotel Vol. 2, yes, I would say the music has a darker, more introspective feel to it. With this EP you hear more Latin and German Expressionist sounds and the songs are more moody and intimate.”

Hotel Vol. 1 has been out now for roughly three months. Now that it’s had some time to sink in, how are you feeling about that record and the reception towards it?

Mazzetti: “I feel great about it. We’ve got some great reviews and attention from the press for that album and I’m really happy about how quickly it’s finding its way into people’s playlists and homes. I’ve been very honored to be compared to some of my musical idols like Tom Waits and Bob Dylan.”

I’m curious about the writing process you went through for each record. Did you write ‘Vol. 1’ and ‘Vol. 2’ each separately? Or were they more written concurrently alongside each other?

Mazzetti: “This album has been a long time coming. After taking time off from music, I started tinkering around with songs I had written years ago. I have recorded some of these songs over and over again throughout the years and this album is the culmination of all of those ideas and collaborations and experimentations. For me, a piece of music is a living organism – always evolving, improving, finding new creative avenues to explore. So, the writing was all scattered and then reimagined together as a concept. My mind is like the inside of my closet – often I can’t find my shoes, but eventually, I sort it all out.”

For anyone who knows anything about you as an artist, they would know that you are a very talented multi-instrumentalist. Do you play most, or even all of the instruments on your songs when recording? Or do you enlist the assistance of other musicians to help in the process?

Mazzetti: “I’m a bit of a control freak when it comes to recording. I have my vision and because of that, I like to play the majority of the instruments. There’s a few other musician that make an appearance throughout the albums – adding some trumpet, piano, guitar parts or percussion.”

I see that you actually took time off of your musical career to work for the New York City Fire Department, which is an extremely selfless and remarkable thing for someone to do. What was your thinking in taking on that challenge and what was the experience itself like?

I’m curious as to the effect working for the FDNY may have had on you as a person and as an artist. Do you feel that the experience changed you in any way as a musician?

Mazzetti: “It’s changed me a lot as a person. You see so many tragedies that are hard to see. But it puts life in perspective and it makes you realize how important it is to live your life to its fullest. Any day it could all change. I’ve applied that to my writing.”

You certainly seem like a musician who always wants to be changing and growing from record to record. Do you ever find it difficult to not become too comfortable with one sound or one songwriting style?

Mazzetti: “I don’t like to limit myself in my sound. I like to explore and find ways to create music that’s interesting. I think we always go to those comfort zones musically and lyrically. There’s repeating patterns throughout anybody’s body of work, but that’s a good thing. As long as you’re willing to push yourself in different directions, those repeating themes will give you continuity as an artist while you experiment.”

Finally, I know you have two new releases within a few months of each other, but are you starting to think about what you’ll do for your next record?

Mazzetti: “I’ve actually had a number of different ideas. I want to get deeper into the idea of concept albums. In this day and age, so many people listen to singles and playlists. I feel that creating a cohesive concept album really allows for the album itself to have some legitimacy and purpose. It could be an interesting challenge to create a larger story that someone could sit down and listen to like a novel.”