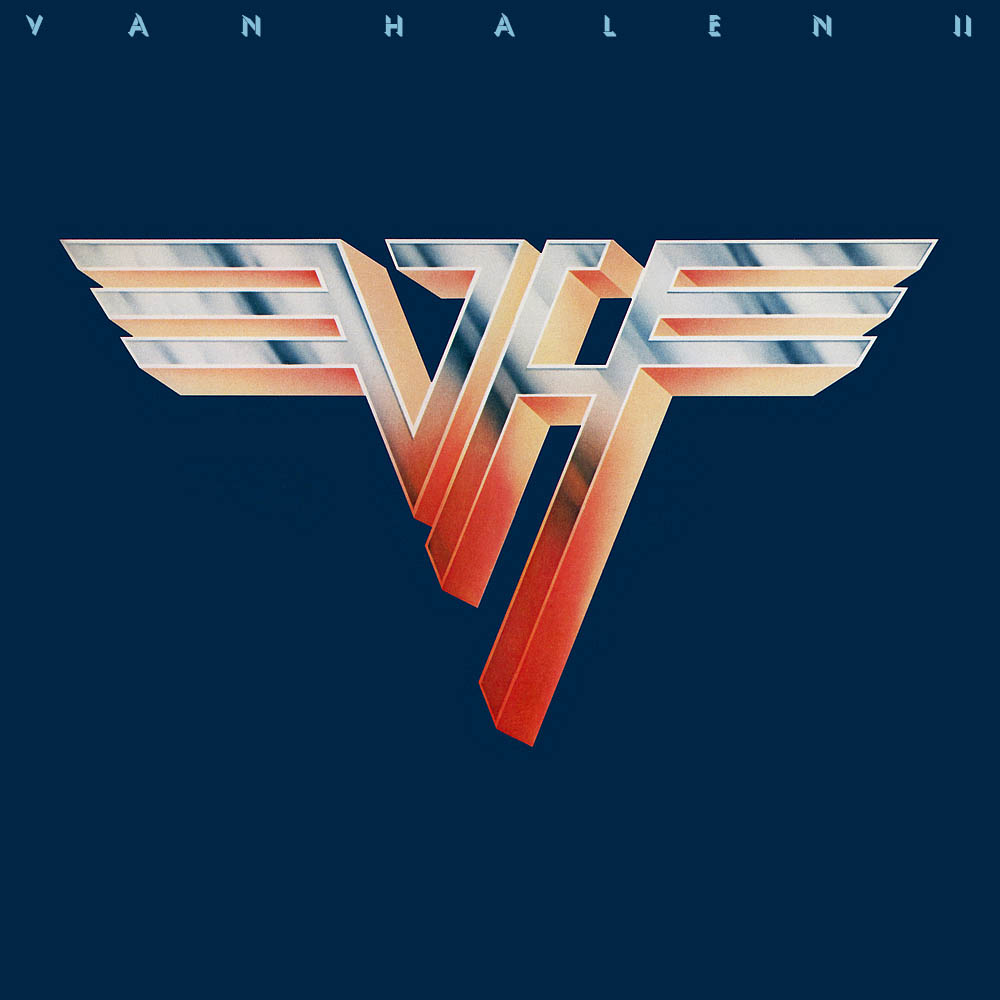 Splashed shamelessly across the bottom of an ad appearing in a prominent rock publication of the day, the line read (something like): VAN HALEN — If You’ve Not Heard Them Yet, It’s Not Their Fault. The bold statement was spot-on. By the summer of 1978, the eponymous debut from the So-Cal combo not only had sold a million-plus copies, it had captured the full attention of the international rock scene — grabbing it by the ol’ cohones, and commanding a healthy cough. And in the process, the band’s namesake guitarist, Eddie Van Halen, was being hailed as the new “Hendrix,” while charismatic frontman, “Diamond” David Lee Roth, had been minted as rock’s latest bare-chested golden god.

As a result of the ensuing hoopla, fan anticipation and critical expectations both were quite high when Van Halen’s sophomore set arrived in retail outlets 40 years ago this week (3.23.79). Boasting a title that was as crisp and unpretentious as the striking basic blue cover, stripped-down production and street-smart songs, Van Halen II was overseen by veteran producer, Ted Templeman, and would go on to sell in excess of six million copies.

In contrast to the slew of irresistible sing-alongs packed into the grooves of the band’s debut, VH II opened with the moodier, “You’re No Good” — a distinctly darker-sounding version of the fiery break-up hit taken to #1 four years earlier by pop siren, Linda Ronstadt. However, the record’s lead-off single, “Dance the Night Away,” better embraced the familiar VH hookiness, and it became a respectable-sized hit on Casey’s countdown.

Eddie’s guitar wizardry proved as innovative and heart-stopping as ever, from start to finish. And “Spanish Fly” certainly made for a delightful acoustic answer to his iconic 1978 electric solo creation, “Eruption.” However, it’s the signature-style (now drier-sounding) drum work of his brother, Alex Van Halen, that makes VH II a truly rib-cracking treasure.

All you have to do is hit play below, then begin to “Dance The Night Away”.

Vocally, Dave was at the top of his game. Ringing out, honest and pure, his strained yelps, yodels and yeah-yeahs throughout “Somebody Get Me a Doctor” are simply splendid — somebody get me a shot, indeed. But just as Fred needed Ginger, George needed Gracie and Bert (still) needs Ernie, the marriage of Dave’s lead vocals to bassist Michael Anthony’s harmony back-ups is arguably THE key to the classic Van Halen sound. Hence, “Bottoms Up,” “Outta Love Again,” “Women in Love” and “Beautiful Girls” benefit as much from Dave and Mike’s vocals as from the brothers’ contribution.

Simply put, Van Halen wasn’t part of the era’s rock and roll party. Van Halen was the party. Everybody was invited and Valen Halen II was the soundtrack. It remains the buzz you crave — even though you know you’ll be waking up the next morning with someone you shouldn’t, and with your face glued to the sheets.