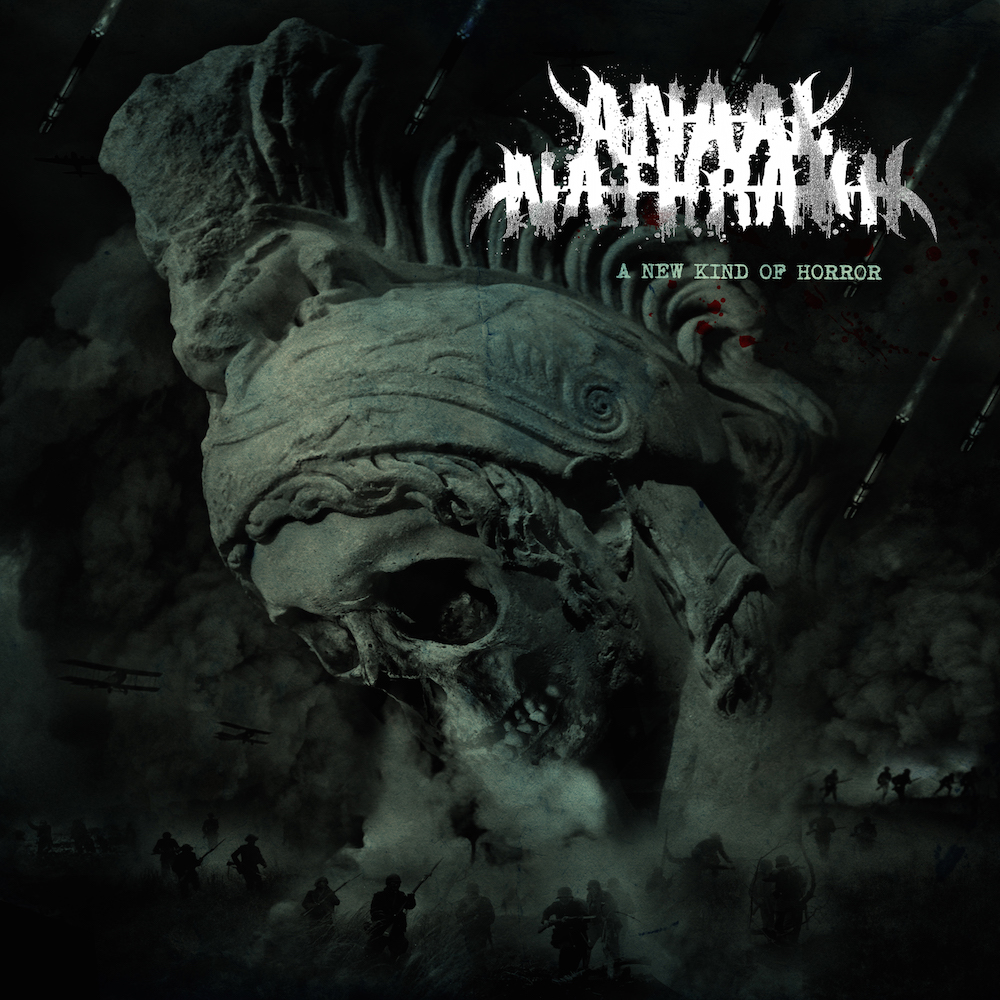 Few bands are quite as divisive in the extreme metal community as Anaal Nathrakh – and it’s not due to personal politics. The British duo has carved a niche with their evolving amalgam of black and death metal, harsh electronic music and grindcore, which has kept the band busy for several albums now, with an ever-growing sense of weighty groove to counterbalance the all-out blistering blast beats. On their tenth album A New Kind of Horror, the band continue to enthrall their fans in new ways – and irritate the purists – but there’s a compelling thread that drives it onwards.

“Forward!” is perhaps the band’s most experimental song to date, while the track that followed (“Obscene as Cancer”) treads more familiar ground. Choosing “Forward!” as the first taster of the new album was a clever move – vocalist Dave Hunt has often stated that Anaal Nathrakh never dwell on the past, instead pressing onwards to focus on the styles that occupy them at the current point in time. While the roar of the track’s title in the chorus is as much a reference to the horrors of trench warfare as the rest of the song’s lyrics, there’s perhaps a sly grin at the fans who are entrenched in their old records, unwilling to accept that The Codex Necro Part 2 is non-existent.

The rest of the record is similarly madcap. Anaal Nathrakh have never been ones to pull punches, but many points here show a band outdoing themselves. Instrumentalist Mick Kenney’s writing remains as sharp and engaging as ever. “The Reek of Fear” is ferocious as it careers headlong through squealing guitars and gabber-inspired electronics, and “Obscene as Cancer” has ‘live staple’ written all over its stunning chorus. It’s not all pedal-to-the-floor, though – “Mother of Satan” bounces around as gleefully as Dave Hunt screams “Satan!” repeatedly, while “The Horrid Strife” crawls through Dave’s twisted reimagining of D. H. Lawrence’s poem. His vocals remain a masterclass as always, running through every tortured scream and growl imaginable, and still with room for his instantly recognizable soaring melodies. There’s a return of the King Diamond shrill notes that graced “Extravaganza!”, interwoven with previously uncharted gurgling à la goregrind on the very same track. The surprise appearance of Brandon Schieppati’s (Bleeding Through) muscular vocals on “Vi Coactus” doesn’t hurt either, giving the melodic riffs some added heft.

Check out the unrelenting onslaught that is “Forward!”:

Much like the music, the narrative is similarly scattered; songs flit between World War One (“The Horrid Strife”) and modern-day terrors (“Mother of Satan”). In the liner notes, Hunt is candid about what informed him in the writing process. It was a synoptic exam in school which put him on the path to discovering the poetry of Wilfred Owen, Siegfried Sassoon, and Philip Larkin, and the prose of Erich Remarque, [1] all of which inform the WW1 parts of this record. It doesn’t stop there, though. He returns to the W. B. Yeats poem The Second Coming [2], invoking in a powerful chorus that we are living in a “New Bethlehem” whence we slouched towards last time, now wondering whether the Doomsday Clock will strike. Meanwhile, “Mother of Satan” is at once a sarcastic remark on the band’s askew view of black metal, and a very real horror of acetone peroxide (TATP), an explosive non-nuclear chemical used in bomb-making whose name the title references. [3]

Ultimately, though, it all comes together in its final thrust on “Are We Fit For Glory Yet? (The War To End Nothing)”. There is a poignant irony in Hunt’s final lines, singing as one of the soldiers while the apocalyptic marching band leads us to oblivion. We are doomed to repeat history, to regress to the mean, as the band has said all along. To quote the liner notes: “Look down at the gape of history’s maw, and swear you’ll do it all again.”

In many ways, A New Kind of Horror is the aptest of titles – a new spin on an old topic, both in the path that the band has taken, and the new and inventive ways we have of annihilating ourselves and the world around us. And there’s no chance that either Anaal Nathrakh or humanity are done with their destruction yet.

Check out Anaal Nathrakh raging on “Obscene as Cancer”: