Meet Wonderboom – the legends from South Africa that put commercial rock ‘n’ roll on the international music map. It only seemed fitting to sit down with band members, vocalist Cito Otto and guitarist Martin Schofield, for a quick chat in light of their latest video release for their single “Praying Mantis”, taken off their ninth studio album Rising Sun. In this candid interview, Cito and Martin talk about the group’s inception, their challenges, and their thoughts on the current music landscape.

Let’s take it way, way back to when you spotted the sign that read “Wonderboom”.
Cito Otto: Okay, yes. We were already a band at that point and we were under a different name which wasn’t too great. We were on-route from a December tour and we were driving up from Cape Town to Joburg in 1996. I spotted a sign pointing to a town called Wonderboom and my thought process kept going. A few days later, we had a vote with name suggestions and we voted for Wonderboom which stuck.

Martin Schofield: We liked it because it was universal and because it crossed-over in both Afrikaans and English. We liked the fact that it could also stand for the Tree of Life because ‘boom’ in Afrikaans means ‘tree’.

Why, do you regret your choice of name?
Otto: You know, a lot of people ask us why we call ourselves Wonderboom when we’re not an Afrikaans band. That causes a little bit of confusion. Wonderboom has now become a brand that we have built for 22 years and we’ve got a very loyal fan base with a history plus a story that extends over time. The music is ever-growing and eclectic so we kind-of go with our name which has become its own entity.

Schofield: I think 15 years ago, we may have considered changing the name but we didn’t throw it out because of how big it became. So, Wonderboom it is.

The “Southern Light” is bright for WONDERboom.

Who were the other bands that were around during Wonderboom’s infancy?
Otto: Sugardrive, Boo, Springbok Nude Girls, Squeal, Lithium…

Schofield: There were a quite a few at the time. It felt like the golden era of rock bands.

What was Wonderboom’s relationship like with these bands at the time?
Otto: The thing about South African bands is that we’re very polite and cool with each other because the industry is so small. When you see each other at festivals and gigs, we all – at the time anyway, felt that we were part of something special and bigger then ourselves.

Schofield: Yeah, we all played for different teams but we were playing the same game so there was no animosity at the time.

Speaking of animosity, did you ever get a kickback from the Afrikaans community at any point for not being an Afrikaans band with an Afrikaans name?
Schofield: Somewhere in our wisdom, we decided to make an Afrikaans album called Hoekom. That didn’t go down, hey. Looking back now, it was one of the most fun albums to make but it was never taken seriously.

Otto: At the time, we wanted to make something because we felt like we owed it to the Afrikaans community for supporting us. 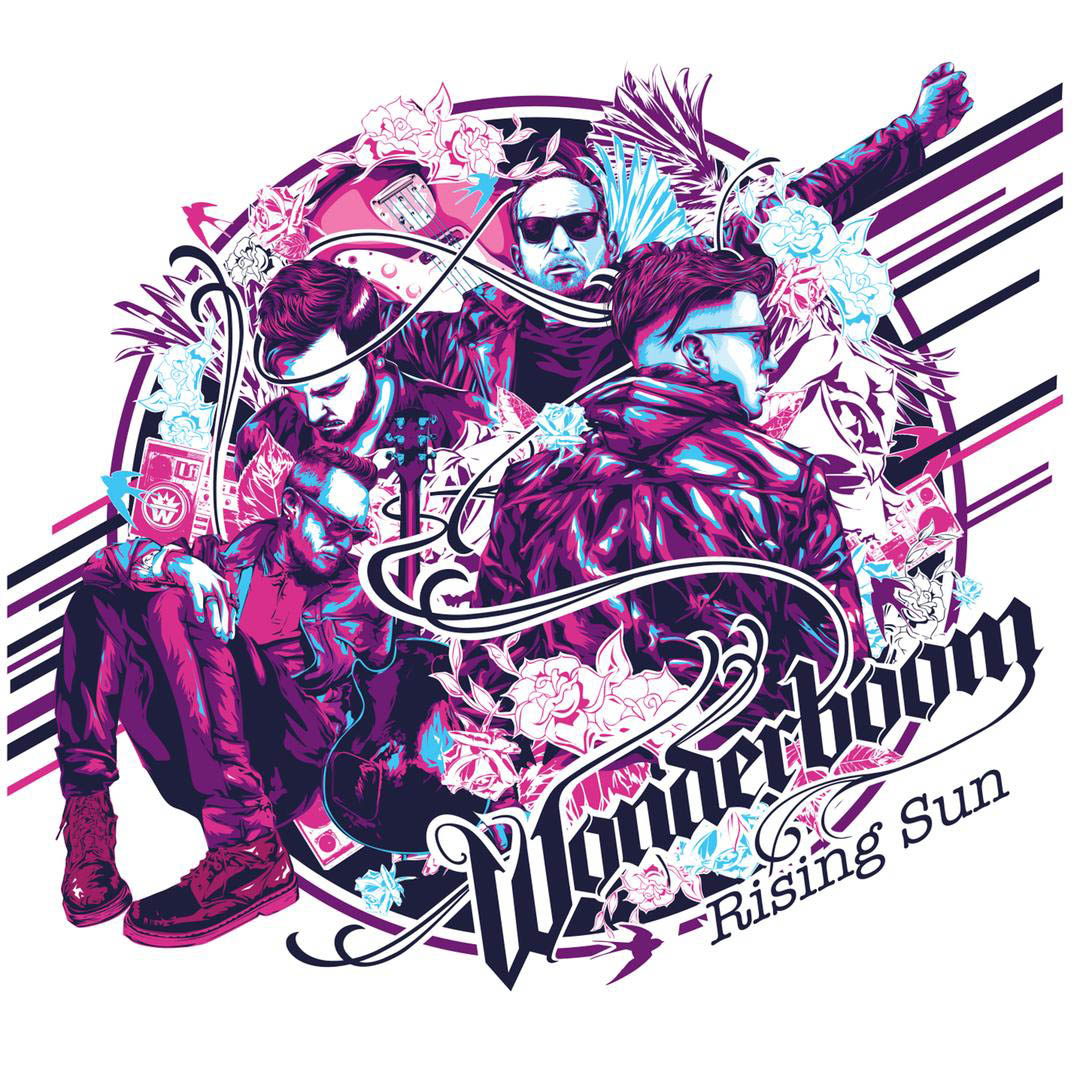 In many respects, Wonderboom worked with the community to make their music. Instead of fighting against South Africa, you made South Africa a part of your albums. How and why does this work?
Otto: I don’t think, for us, that was something that we consciously decided. We were always going to be a band from the streets. We’re not some hippie band that was living in the mountains or a trendy grunge piece. We always aimed to be true to ourselves and a lot of our material is inner gut stories that speaks of our circumstances at the time. We were obviously very influenced by South Africa – you know, living in the “City of Gold” in Joburg – so that’s why we embrace where we are and who we are. Even in our latest album, Rising Sun, which spoke a lot about letting go of chasing greener pastures and that kind of thing.

Between 2006 and 2013, the band went through some changes. Let’s talk about what happened there.
Otto: The band had gone through a bit of a change. Danny de Wet, who had been with us for 13 years, had gone his separate way. We then took on Garth McLeod on drums and we had to basically start from scratch and get to know each other. There was a lot of fooling around at that point and some experimenting with our music. Then in 2013, Garth passed away in a motor accident and yeah…

Schofield: Even though Garth was there for a short-time, he left a legacy behind.

Otto: He did. He was only with us for 5 years but we were close and we as a band, knew him before his time in Wonderboom. He was a drummer in other bands and the manager of music retailer Marshall Music’s flagship store in Joburg. He and I got married on the same day – my wife and I had a court wedding and Garth and his wife were the session after us. So, there’s always going to be this little connections and stuff. His death affected the band but it affected us on a more personal level more than anything.

Check out the band’s awesome video for the “Praying Mantis” single.

Now, Rising Sun, was released in 2017 after a brief hiatus and a new addition to the line-up with Jonathan Bell on drums. How much of energy went into this album?
Otto: The writing process for Rising Sun took well over a year and there was a fair amount of cutting and experimenting. Look, there were some songs that have never made it onto the album and will never be heard of. We really pushed to craft every song on this album and I think what we have achieved is pretty good. For “Praying Mantis”, which we‘ve released a video for – we wanted to write an animated fantasy story, capturing the tragedy of falling for a femme fatale, but also depicting her sadness in the choruses.

It‘s the realisation that your demise is inevitable and although she has to do it, she still feels devastated taking you out. Usually the black widow is chosen as the cruel woman in the femme fatale type setting, and The Cure’s Lullaby was definitely inspirational in this case, but we chose the praying mantis – the females decapitate their male lovers after mating.

How do you, the legends, feel about the rock music scene in South Africa?
Otto: I feel really good about it and the scene, as a whole, has just exploded. I think it’s in a very beautiful and healthy place right now. The alternative scene continues to surprise me because of where we’re at in terms of technology and access to music. People aren’t just listening to alternative music, they’re interacting with it too. There’s this big Indie revival going on too and I’m really enjoying what’s coming out of these original artists. 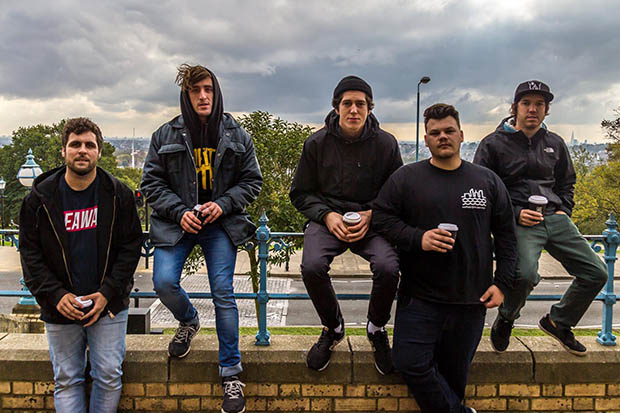 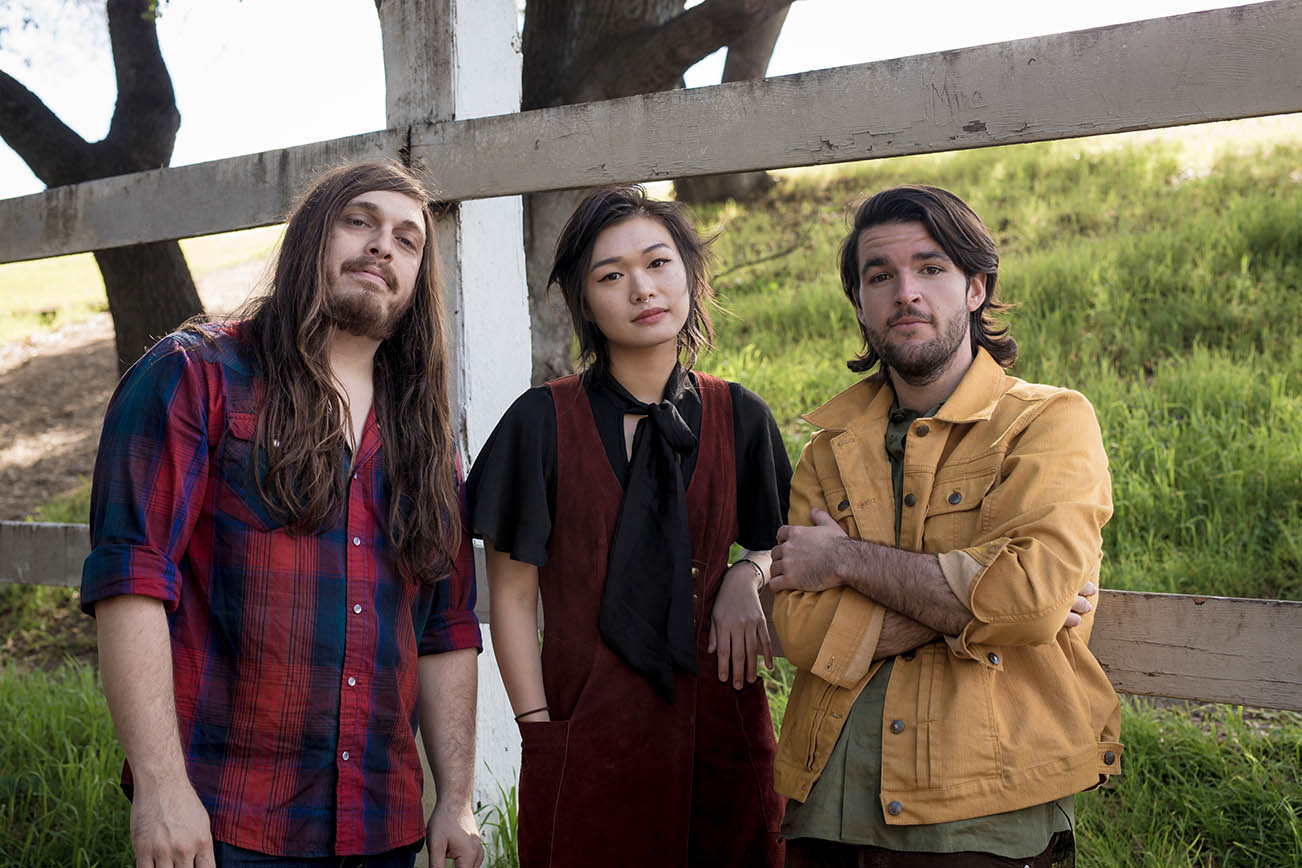