If you are a rock fan from New York or New Jersey, you ought to be very familiar with Eddie Trunk. The New Jersey native has not only worked extensively as a radio host on Tri-State area radio stations, but also a host for SiriusXM and VH1 Classic programming for a long time. Prior to finding national success as a broadcaster, Trunk handled A&R at Megaforce Records, notably signing KISS guitarist Ace Frehley.

Currently, Trunk is the host of the AXS TV series TrunkFest. The new series finds Trunk hitting the road to explore music festivals and the culture surrounding them. Along the way, he interviews a lot of musical icons, as already-broadcasted episodes have included chats with the Foo Fighters’ Taylor Hawkins, Red Hot Chili Peppers’ Chad Smith, Rob Zombie’s guitarist John 5, and the Zac Brown Band.

I had the pleasure of doing Q&A with Trunk about his past, present and future. More on all things Eddie Trunk can be found online at www.eddietrunk.com.

That Metal Show ran for 14 seasons. Is there anything you didn’t get to do as part of the show that you wish you had?
Eddie Trunk: Sure, tons! I wish we did more episodes a year. We had tons of opportunity offered that we could not do because of budgets. The show was never even televised in HD. So, as great as it was and as proud of it as I am, I often think of what could have been with some backing to take it to the next level. My goal was to broaden out even more, which we were doing. But the network went off the air and that was that. That’s so important for people to know. TMS was not cancelled, really. It stopped being made because VH1 Classic no longer exists. If we find a new network that wants to do it, we are all in. I am asked about it constantly which I appreciate and Don and Jim are still good friends.

Do you view TrunkFest as a continuation of That Metal Show? Is any of the That Metal Show staff also onboard for TrunkFest?
Trunk: No, TrunkFest has nothing to do with TMS. Completely different show, network, producers. AXS TV offered me this opportunity and I am grateful for it. But this is not a rock interview show. It’s more a travel show at music festivals. I love it because it is a little different for me and takes me into some new territory.

For anyone in your age range that’s seriously into rock music, festivals were few and far between as you grew up, as generally bands toured and people went to shows in brick and mortar venues. How do you feel about the transition of the concert business into being so festival-driven these days?
Trunk: We have more live music than ever, and more festivals than ever, because artists don’t make much selling music these days. Doing TrunkFest and visiting these fests, what we cover in the show has really been eye-opening. It’s taken me to some places I would never have known or cared about, honestly. But they all present unique and different things, and that’s exactly why we are doing this show. To take you there and share the experience. I do think we are in a place now where we may have a few too many festivals, but that will correct itself as we go, I’m sure.

When you are on-site at a festival for Trunkfest, how much of the day is usually spent working and filming versus actually enjoying the event and seeing friends?
Trunk: Very very little enjoying and seeing the bands, to be honest. It’s a job. We are running around shooting and getting what we need. So, in reality, I have not seen many of the acts play, which is fine because I’ve seen many so many times. So it’s not a time to enjoy and watch. More a time to get what we need for the show and move on. We had some long shoot days, the weather and terrain can be tough. So, by the end of the day, we all want to get some rest and air conditioning usually. But, thankfully, I see tons of music recreationally, so all good.

You have succeeded in radio, television and A&R. Have you thought about going into the promotion business? Also producing festivals beyond acting as the host?
Trunk: No, I love hosting TV and radio and also host a ton of events and concerts. But that is risky business for people that have a thicker skin than me. For every show that does well, many, many tank. I hear the stories all the times of promoters who lost their shirt on shows. I can’t gamble like that. There are many great promoters who know what they are doing, and many honestly that don’t have a clue. It is a tough business and I’m happy coming in just like the acts. A set amount of money to do a job. That’s more sane for me and where I’m at right now, so never any real interest to get into that end of things. People often think I book and promote the shows I host. That is not the case. I’ll offer my 2 cents if asked, but otherwise just show up and host as needed, meet and greet, etc.

Is there a festival you plan on going to that would generally shock your regular listeners?
Trunk: No. I’m a hard rock guy. I care about seeing bands I love in a good setting. But I will say the most amazing thing about doing this show is seeing how eclectic the lineups are at some fests. Rock, EDM, classic rock, R&B, all on one event. And it seems to work. Varied lineups is for sure the new festival trend to avoid getting stale and getting different people through the gate it seems.

Which festival are you still kicking yourself for missing as a music fan, not as a gig/host?
Trunk: I’d love to go to Europe. Wacken and Hellfest seem to be two of the best, from what I hear. I hope we can get out of the U.S. if we do more. We did in season 1 by going to Mexico for Zac Brown’s event.

You have a lot of jobs. When in your life did you realize that it was a good thing to be a freelancer and not just a staffer in one place?
Trunk: My goal has always been to promote music I love and share it with others. So, to do that I was a writer, worked in a record store, worked for a record company, did radio for 35 years and counting, and TV for 16 years and counting. So, it’s great to do all that, but it was always about the music and promoting it and spreading the word. Freelance is great, but you really need to learn how to budget money coming in and out. I am now a full-time employee for SiriusXM because I do a daily music talk show for them on the Volume channel — 106 — so it’s been cool to have steady income, and they have been great about letting me do other stuff also. So, best of all worlds right now, and having health coverage is HUGE!

Between all of your jobs, you are one of the lucky few people that gets to do something for a living that most people would normally be doing as a hobby. So, when you’re not working, where does your free time usually go? Any surprising hobbies?
Trunk: I love watching NFL and the [New York] Giants in football season. That’s the one team and sport my world revolves around when it’ happening. Outside of that, really just getting time with my family since I travel so much. I recently purchased a small vacation home at the Jersey Shore, so that will be a nice escape that’s new for me and my family. No real hobbies, though.

Hobbies aside, what do you wish more people knew about Eddie Trunk?
Trunk: That I actually know, love and follow a lot of new music. Sometimes people think of me as just a “classic” guy, and that’s fine. I love all that stuff and I’m proud of it. But I keep up with and enjoy lots of new rock and always support it. I’m proud to say I’ve been playing new and classic rock now for 35 years on the radio and still do. Sometimes people are amazed I work so hard and wonder why. Well, I’m doing what I love, have the opportunities, and at the end of the day, as a parent, it’s also about taking care of my family, which is super-important as well.

Do you have a favorite album so far in 2018?
Trunk: Too early for an album of the year, but the new Dizzy Reed album is real good. If those songs came out as GnR songs they would be huge. Can’t wait for the new Rival Sons and Struts albums. Two of my newer favorites.

Finally, Eddie, any last words for the kids?
Trunk: Thanks for all the support. To survive 35 years in the business doesn’t happen by accident. I appreciate everyone caring about what I do. And watch TrunkFest every Sunday night 9:30 PM EST on AXS TV! 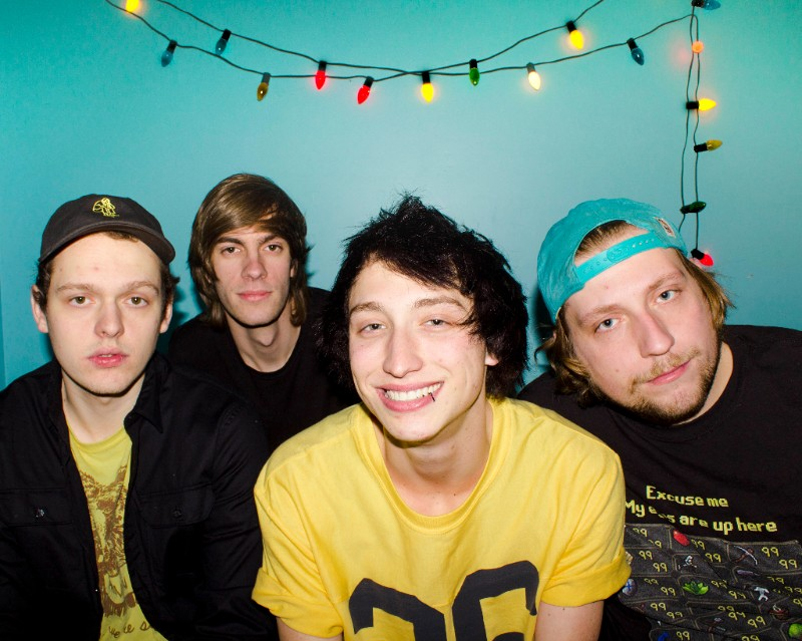 HAPPY. Head Back to High School for “I Call Shotgun” Music Video 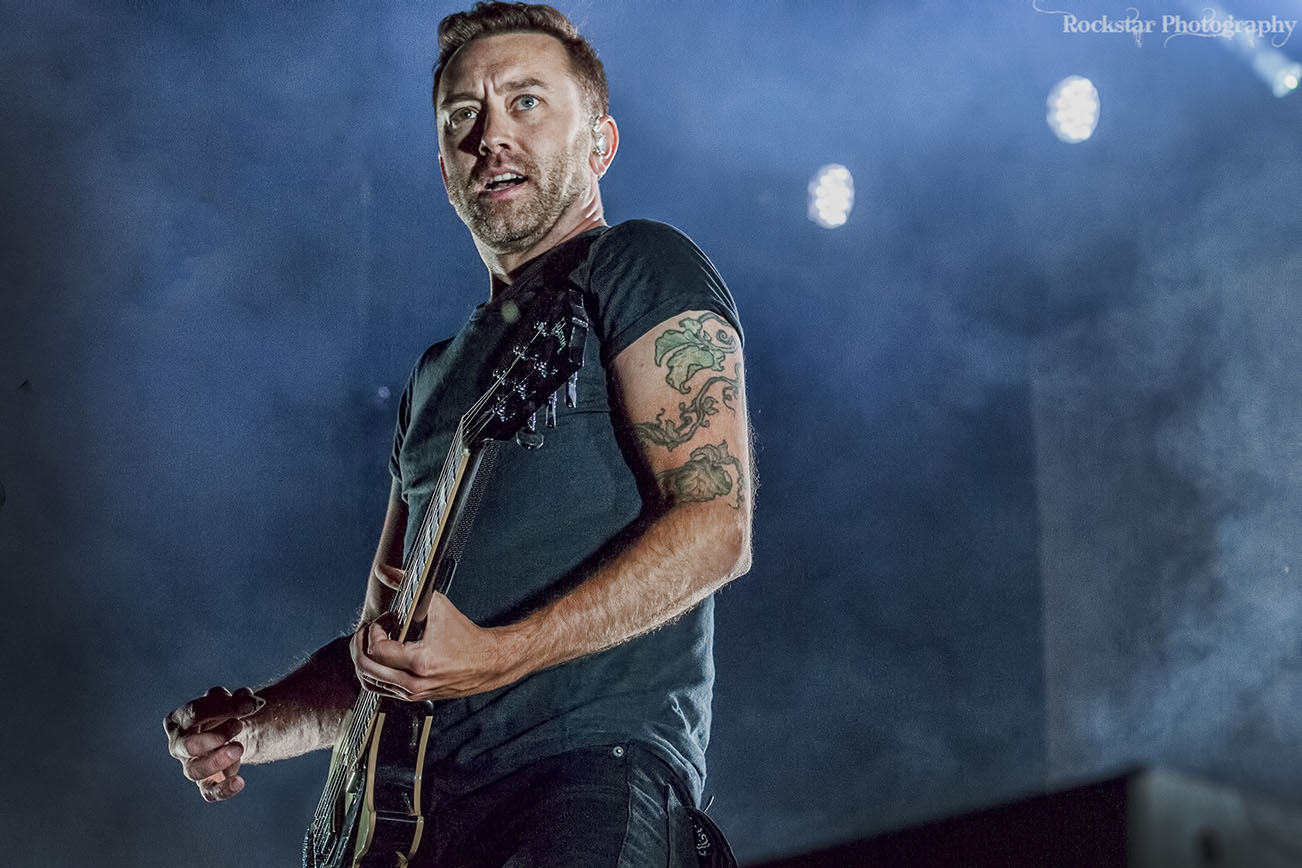