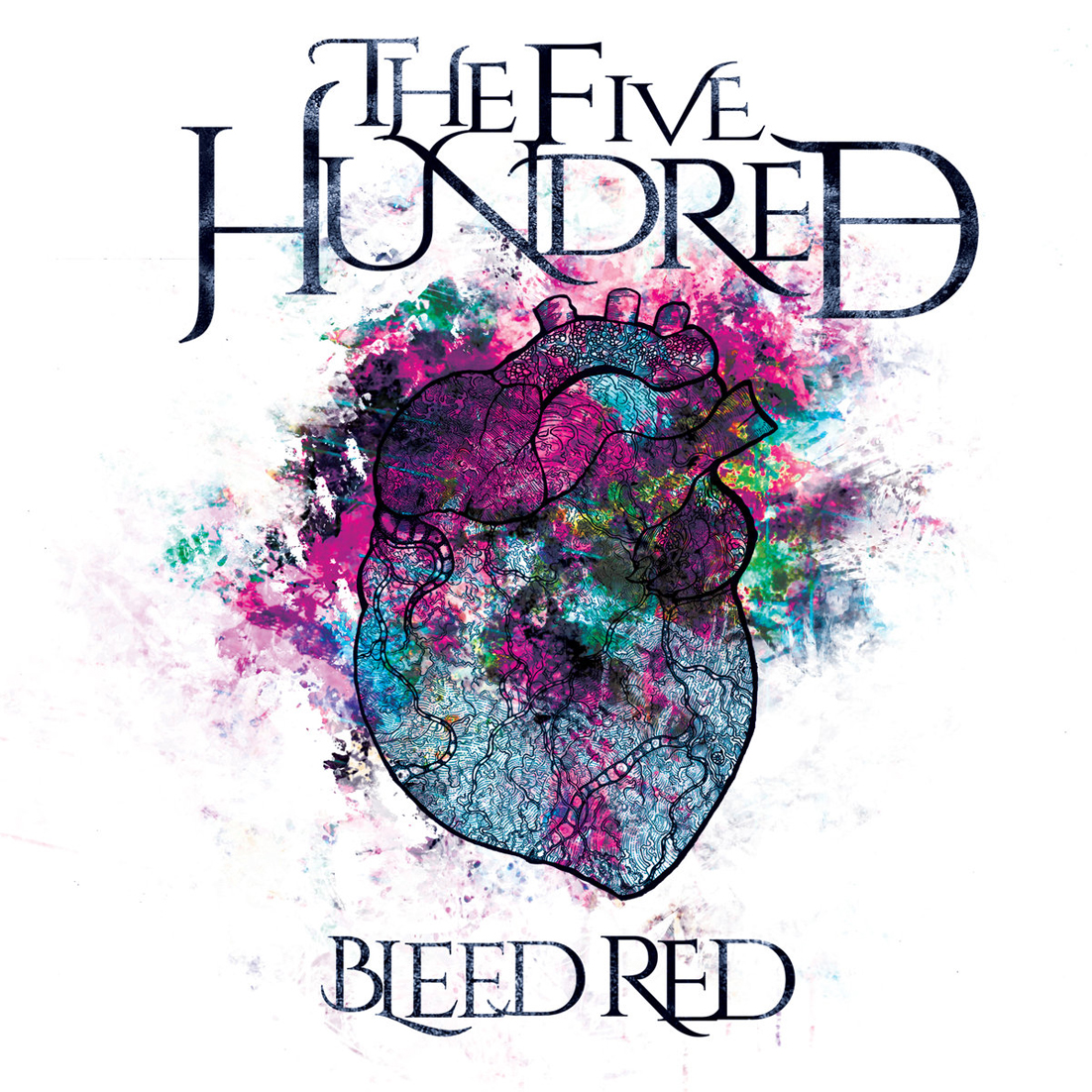 I’ll get straight to the point here, Nottingham tech-metal mob The Five Hundred are an absolute beast of a band as they’ve proved with a series of suitably brutal EP’s in Winters and The Veil . However, given the strength of these EP’s, it does beg the question, can the band maintain this level of bone-cracking heaviness for the duration of an album and, moreso, given their chosen genre prides itself on being as brutally clinical as possible, will the Nottingham metallers have enough variety to keep tech-metal hardened fans satisfied?

It’s not all “Smoke & Mirrors” in this video from The Five Hundred:

Well, the answer to both of those questions is yes and, as Bleed Red progresses, you get the feeling that the band have really thrown everything they have into creating this superb slice of heaviness. There are so many moments on this album where this band, quite simply, really fucking crush. For example, they get it so right on tracks like opener “Bleed Red” where John Eley’s cocktail of abrasive and clean vocals cling tightly to the emotionally fraught lyrics he’s written while tracks like “Smoke and Mirrors” and “Reclusive” see his band mates violently lurch from precise, pummelling tech-metal into almost blackened extreme metal waters. Any worries that, as with a lot of tech-metal releases, that Bleed Red is nothing more than a test of stamina, can be put to rest with the atmospheric, melodic passages that the Nottingham chaps interweave into tracks like “Oblivion”.

For the most part though, The Five Hundred level the competition with an album that captures all the qualities of the tech genre and you do get the feeling that this is just the start for this band with plenty more to come. Like I said at the beginning, The Five Hundred are a beast of a band and, in Bleed Red, they’ve produced a beast of a record.