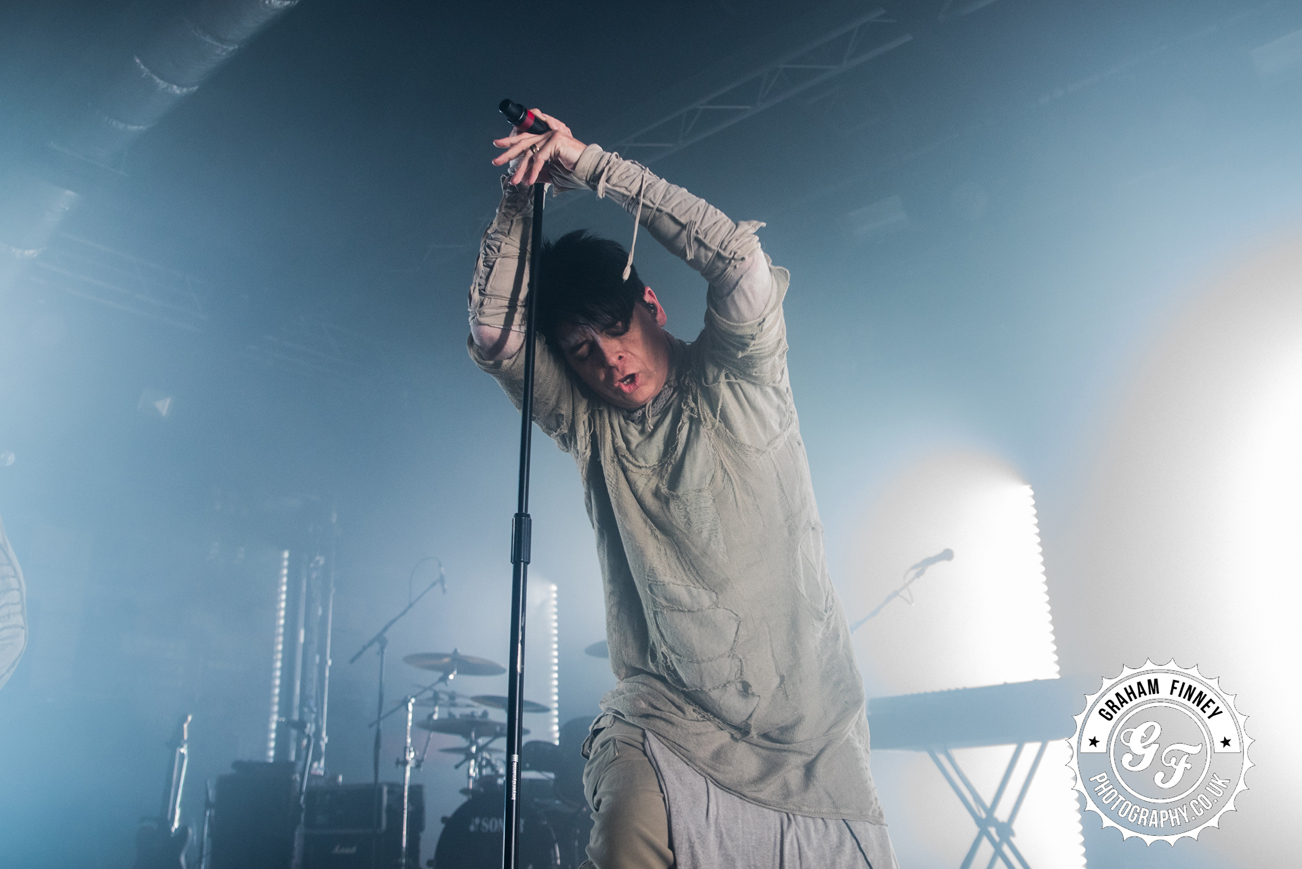 While synth legend Gary Numan experienced something of a resurgence in popularity with “the metal kids” when industrial metal titans Fear Factory unleashed their rendition of his hit single “Cars”, it’s hard to ignore the fact that, as this sold-out crowd sardined into the O2 Academy in Liverpool shows, a large number of his fan-base have stuck with Numan through the ups and downs of his career.

The alternative music icon is all smiles as he strides out onto the Liverpool Academy stage under a retina-seering light show before spending ninety-odd minutes throwing himself about like, quite honestly, no man of his age should be doing. Contorting and twisting, the frontman throws the kind of shapes we all saw in the underground industrial clubs in the ’90s as do his bandmates who are all dressed like Mummy cast-offs. Ripping through tracks like “Ghost Nation”, “When The World Comes Apart” and “Are Friends Electric”, Numan and his bandmates, lurch viciously between hypnotic synth-pop and bleak outbursts of industrial rock as the set progresses.

Illuminated by the kind of light show that befits the frantic, pulsing nature of his music, Numan shows yet again that while Nine Inch Nails are quite rightfully the modern day kings of the industrial rock scene, there is still very much a demand for one of the forerunners of the scene.