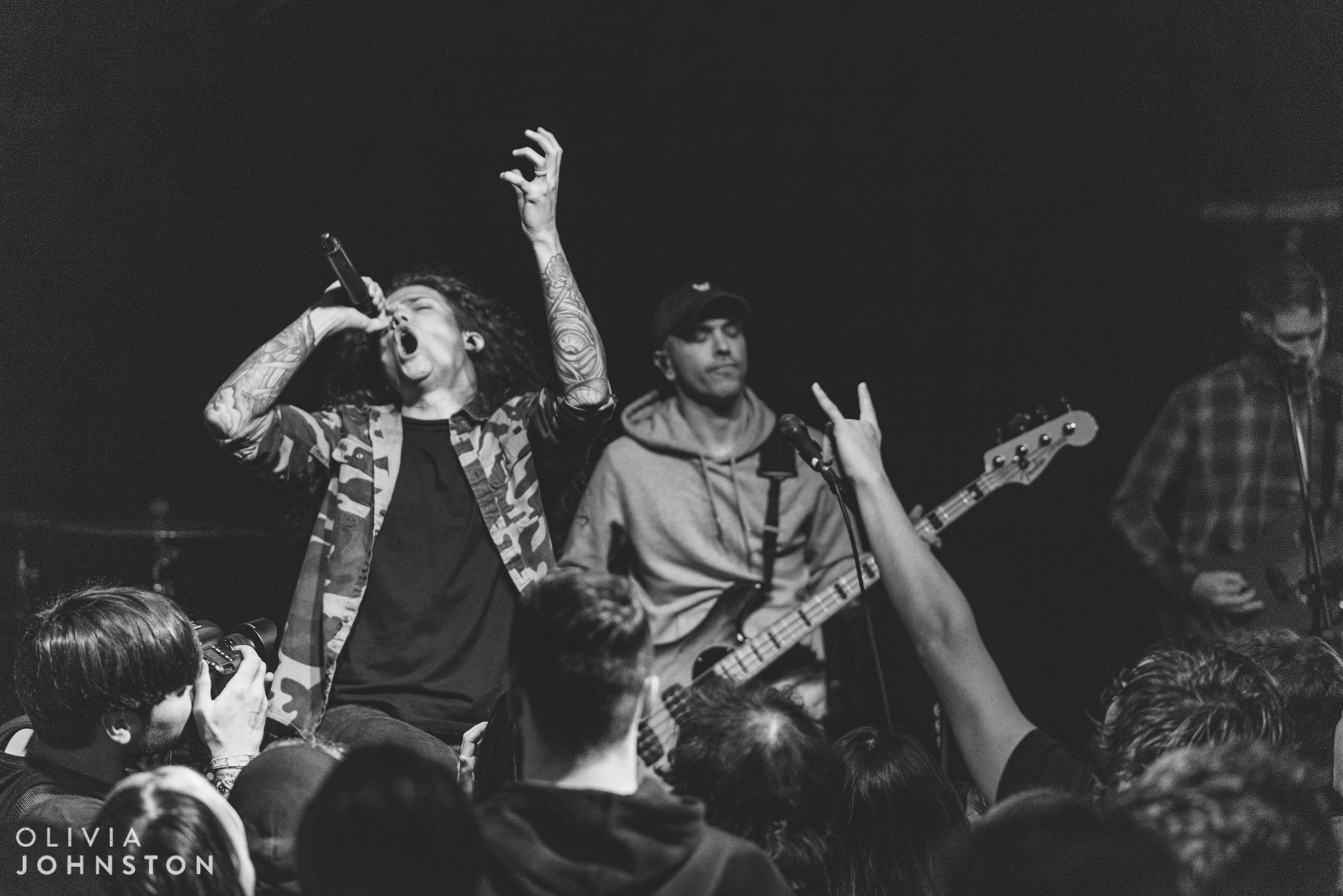 Mama Roux’s was sparsely populated when I arrived to see the first of four bands, but that didn’t stop Currents seizing their first overseas tour and breaking the invisible barrier between stage and crowd. The early set time may have meant fewer people to play to, but Currents filled the room with their hard-hitting metal, particularly their new single “Delusion”.

There was a long technical delay before Void Of Vision, and people were getting restless. The Australian quartet tried to make up for lost time, demanding a circle pit bigger than the night before. It was their mission to make a bigger mass of chaos on every night of the tour.

Fit For A King played their first Birmingham show that night too. The proximity between fans and the band had been thrilling until this point, but I found myself concerned I would get caught up in the mass of limbs that occupied most of the floor. When Jared Easterling declared “Warpath” as probably one of their heaviest tracks, the pit expanded so that some people were confined to the back of the floor.

More and more fans were now watching from the various levels and balconies above the stage, which gave the best view of Miss May I. Starting with the very new “Lost in the Grey” and “Deathless” and moving in to the very old “Masses Of A Dying Breed”, there was barely a pause to take a breath. Periodically, security would have to escort people across the central mosh-pit to safety. “Swallow Your Teeth” was followed by a striking drum solo by Jerod Boyd. The encore was “Relentless Chaos” – an apt description of the whole evening!