There are many things that could be classed as a British institution. The Royal Family, bad weather, Coronation Street and, of course, the Circus Of Horrors. The Circus Of Horrors team have been bringing their rock freakshow to fans across the Globe for twenty-two years now and so, during their run for Voodoo, their current show, we had a quick chat to the Ringmaster himself Dr.Haze about the last twenty two years.

So, how’s this tour going?
Dr. Haze: “It’s going good. We’ve been out on tour with show, apart from a break for Christmas, since October and, on this run, we’ll be out until April.”

What can you tell us about the new show “Voodoo”?
Dr. Haze: “I don’t want to give too much about but, for this show, we’ve got some new acts who are different to some of the acts we’ve used before. This time we’ve got a contortionist from Tansania. You know the scene in The Exorcist where the girls head spins around on her body? Well, we all know in the movie back then it was mechanical and nowadays it would be done with CGI. This guy can virtually turn around for real by himself. We’ve got him on the show and this is the first time anyone will have seen him in the UK, in fact, it’s the first time he’s been outside Tansania.”

“We’ve also got a couple from Translyvania, Romania, whose act involves knife-throwing and crossbow firing. The thing about this act is that they’re very different to every other circus knife-throwing act so we’re very excited to have them on the show.”

“The thing about this show is that the majority of the dangerous stuff this time around is being carried out by women. It’s a nod to the Sufragette movement.” 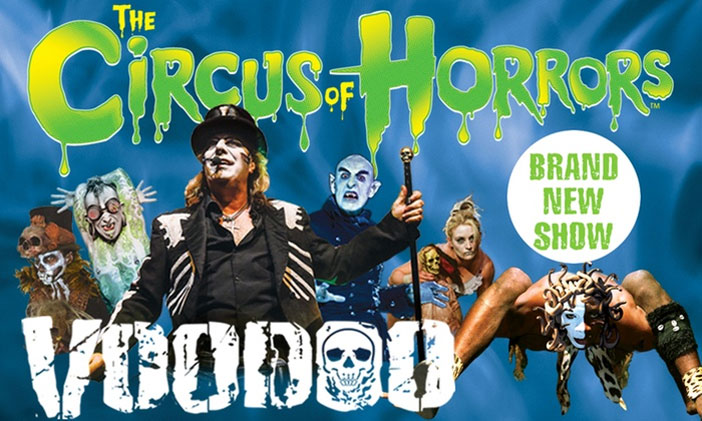 You mention the sufragette movement, what’s your view on the current uproar surrounding use of females in the darts, F1 etc.?
Dr. Haze: “It’s ridiculous! The Sufragette movement was all about fighting for equality for women but how is tell somebody they can’t do something supporting that? Grid girls, darts girls being told they can’t do it is ridiculous. Personally, I think what triggered this is the events at the Presidents Club which, if true, were appalling and no woman should be subjected to that ever. However, to tell a woman she can’t do something because they’re too sexy is just ridiculous.”

“The thing about all the girls in Circus of Horrors, like the girls in F1 and Darts, is that they want to be there. In Circus Of Horrors the women are King! They do everything themselves right from the costume designs through to the actual dangerous acts. To tell these girls that they can’t do something, they can’t earn money from something they enjoy goes against everything the Sufragettes stood for.”

How do you find the acts for your show? Do they approach you or do you go looking for something specific?
Dr. Haze: “A lot of the acts come to us. The contortionist from Tansania, our acrobats showed his videos on YouTube and he’s never been outside Tansania, so we brought him in. The knife-throwing girl and her husband, who is a strongman, came to us as well.”

Is there any time you look at an act and think no, you’re not for us?
Dr. Haze: “The thing is, if somebody comes to us with an act, we have to look at the specific act and how often they can do it. There is no point in somebody coming to us with the ability to do something grotesque but who can only do it once a month, that’s no use to us. We look for acts who can perform their act once, sometimes twice, a day.”

You’ve been doing Circus Of Horrors for twenty-two years now. How do you keep it challenging?
Dr. Haze: “I am always looking to bring in new acts, like the contortionist from Tansania. I’m always looking at writing new music as that is a massive part of the show. It’s what, I think, makes us different to other circus acts.”

Circus Of Horrors is seemingly never off the road. How do you find time to write a new show?
Dr. Haze: “It’s an ongoing process. I’m constantly looking for ideas and inspiration. It could be a new act, a word that conjurs up an image, anything really. I’ll get an idea in my head and from there see if I can devise a show around it that would commercially work for us for the next year. That exactly how I came up with this show, I saw the word voodoo and the idea from this shows story grew from there.”

You’ve got your hardcore following, over twenty-two years though you must have had a few interesting fan experiences?
Dr. Haze: “Well, I’ve had a few stalkers finding out where you live and turning up at home which isn’t particularly nice and then there are the usual people who turn up to shows dressed up as you which is a little strange but, at the same time, I also see it as a compliment.”

After so long doing this, what do you personally get out of the Circus Of Horrors?
Dr. Haze: “I just love performing. I know this may come across as pretentious but this is my art. It’s something I love doing for myself and I’m extremely lucky that people keep wanting to buy tickets to support my work. This isn’t a flash in the pan thing for me where we could have done it for a few years then disappeared so the fact that I’ve been able to keep doing this for twenty-two years now is not only a tribute to me but also a tribute to the fans who keep coming out to support us and the acts who are part of the whole experience.”

Going forward then what do you want to achieve?
Dr. Haze: “I’d like to do another album, another DVD, maybe a Circus Of Horrors film. I’ve got plenty of ambition left and have no intention of stopping.”

You mentioned the idea of a Circus Of Horrors film. Who would play you?
Dr. Haze: “Err… Johnny Depp… I guess…”

Twenty-two years. If you were to call it a day tomorrow, what would your lasting memory be?
Dr. Haze: “Wow, that’s a tough question as there probably isn’t one particular memory. We’ve had so many great tours in places like Japan and South America and we’re the only British Circus to perform in Moscow. Like I said, we’ve done so many incredible things that it’s hard to pick one specific memory. One thing I didn’t like was the Britain’s Got Talent thing, I was glad when that was over. Didn’t enjoy that one bit.”

If you could go back twenty-two years, what advice would you give yourself?
Dr. Haze: “To be more courageous. The show is a lot slicker now that it was back then when the whole thing was a lot more raw. People still say they remember those shows at the Roundhouse and, if I’m honest, I don’t think it’s any better but the whole thing is a lot slicker. So, yes, I think I’d tell myself to be more courageous.”

Sum up the last twenty-two years in one sentence…
Dr. Haze: “It’s been a great trip!”

For the latest dates and all things Circus Of Horrors, visit www.circusofhorrors.co.uk. 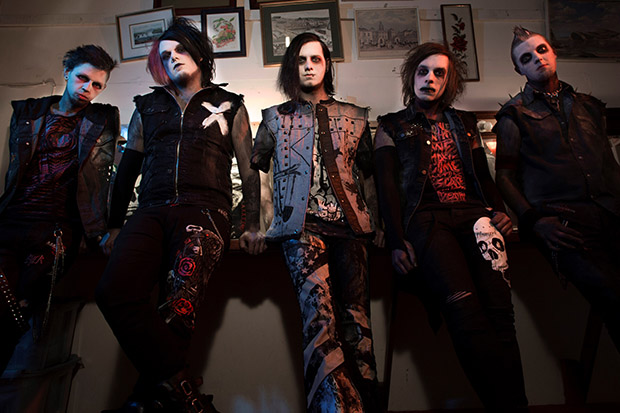 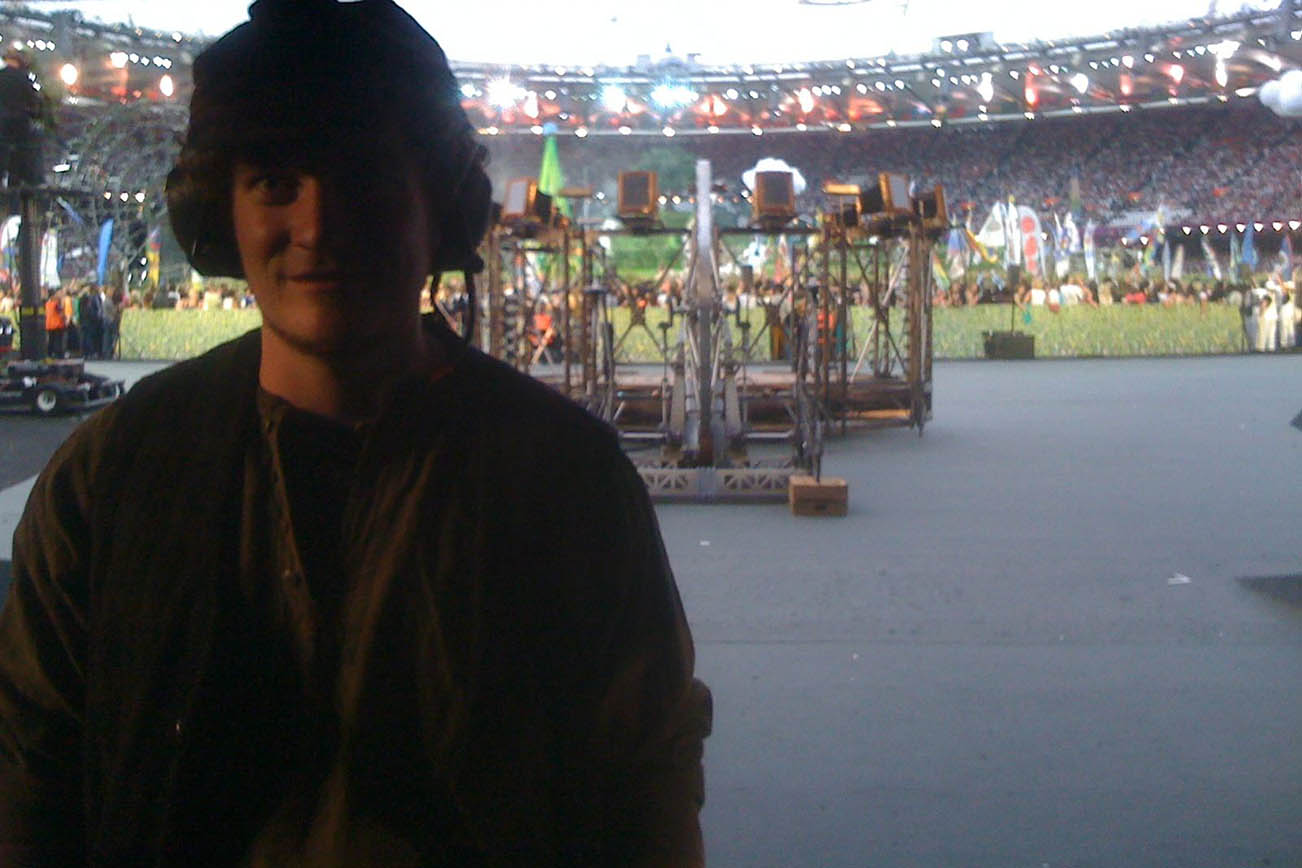 Industry Interview: No Pyro, No Party – An Insight to Live Special Effects with Stu Wickens