If you haven’t already heard their music or witnessed their electrifying live performance, Boston, Massachusetts’ metalcore mench Ice Nine Kills deserve your time. Signed to Fearless Records, the band re-released their popular Safe is Just a Shadow album in January. With new music bound to be rearing its head sooner rather than later, we were able to catch up with drummer Conor Sullivan and chat gear, how he got into his instrument, and shares some killer brand new drum playthrough videos!

What inspired you to start drumming? Was it your dad, a specific album…?
Conor Sullivan: My dad was a drummer so that was my first influence. Once I heard Blink-182 for the first time it was all over. Enema of the State blew me away, the drumming and songs were so different than anything else I had heard that I immediately fell in love.

What was the first song you wanted to learn on drums?
Sullivan: Hmm… the first song I actually attempted to play I think was Blink-182 “Adams Song”. Travis did an article in Modern Drummer and he talked about that song specifically and included the drum music as well.

How big is your drum kit nowadays compared to your kit when you were growing up?
Sullivan: My kit now is pretty modest, 10,12,16″ toms, 14” Snare, 22×18 Kick with 2 crashes, 1 ride, hats, 2 chinas and a splash. I definitely went through phases as a kid where I would try and throw as many cymbals and drums as I could fit on my kit. I went to a show once and saw the drummer using a trash can lid as a cymbal so I went home and made one to try. I probably still have it somewhere. Haha.

Who is your favorite drummer these days?
Sullivan: Travis Barker continues to amaze me, after all the stuff he’s been through he keeps crushing it. I just read his autobiography and then saw them live and he plays like nobody else. I love that he always is trying new styles and incorporates them all into whatever he’s playing.

For someone thinking of playing drums, how much of it do you find to be based on natural coordination?
Sullivan: I would say you have to have some natural coordination and feel for the rhythms/beats to play drums. But I think that like anything with constant practice and work you can accomplish almost anything. Then I see some drummers that are just on a whole different level that clearly have some crazy natural talent/coordination that set them apart from everyone else.

Have you ever done a drum clinic?
Sullivan: I have not, I used to go with my dad to them as a kid.

What sort of warm-ups do you do before performing live?
Sullivan: I usually stretch, warm up my hands on a practice pad for 15-20 minutes and try to just get my blood pumping in my legs/feet. I’ve gone through a lot of different warm-up routines and I noticed if I warmed up too much, I almost tired myself out before the show even started. It’s different for everyone, some drummers don’t warm up at all, some sit and warm up for an hour, it just takes trying things out and seeing what works best for you.

Do you play any instruments besides the drums?
Sullivan: I took piano lessons as a kid, which I hated but it taught me how to read music which has really helped me with drumming. I play fife and snare in a Civil War Fife and Drum Corps. which again I wouldn’t have been able to do if I couldn’t read the music. 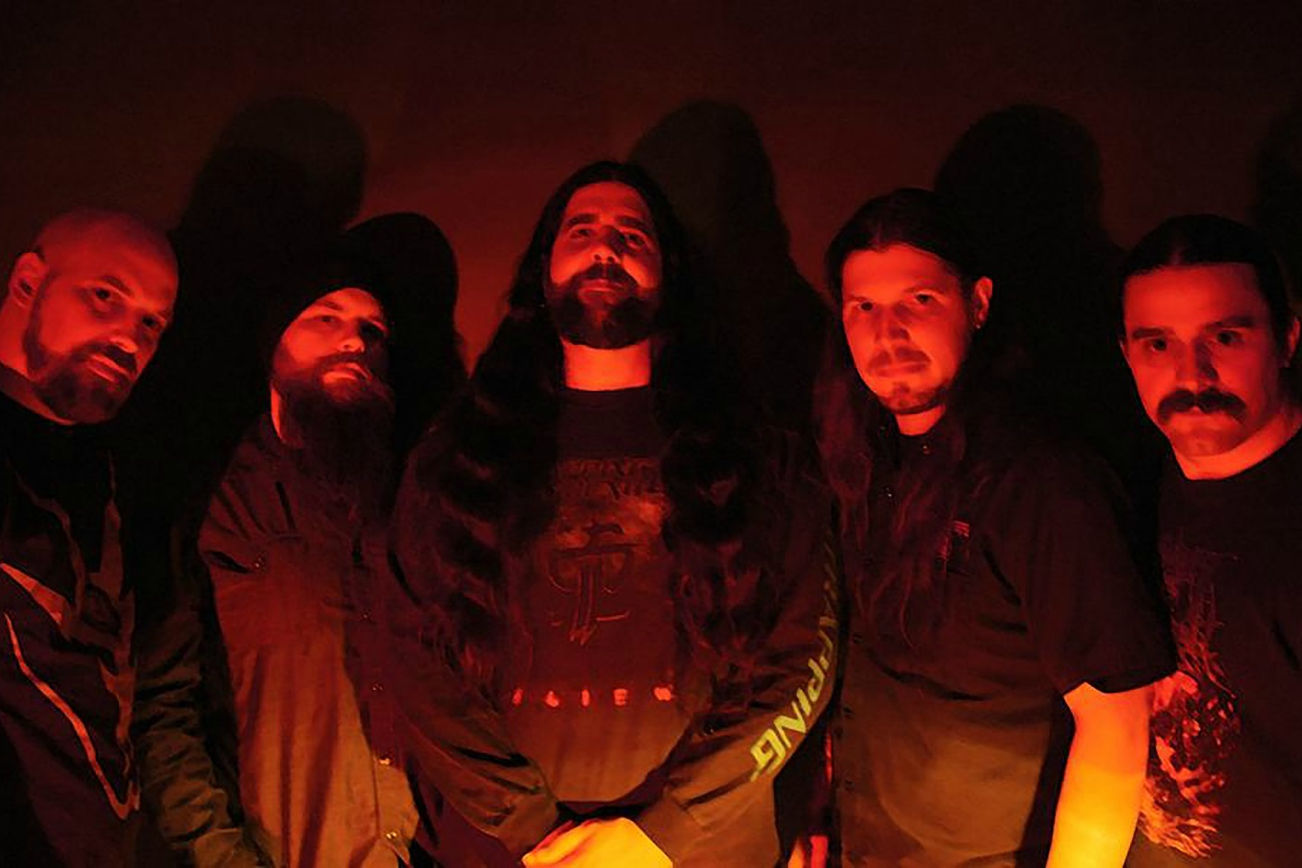 PLANET EATER Release Entire Stream of “Blackness From The Stars’