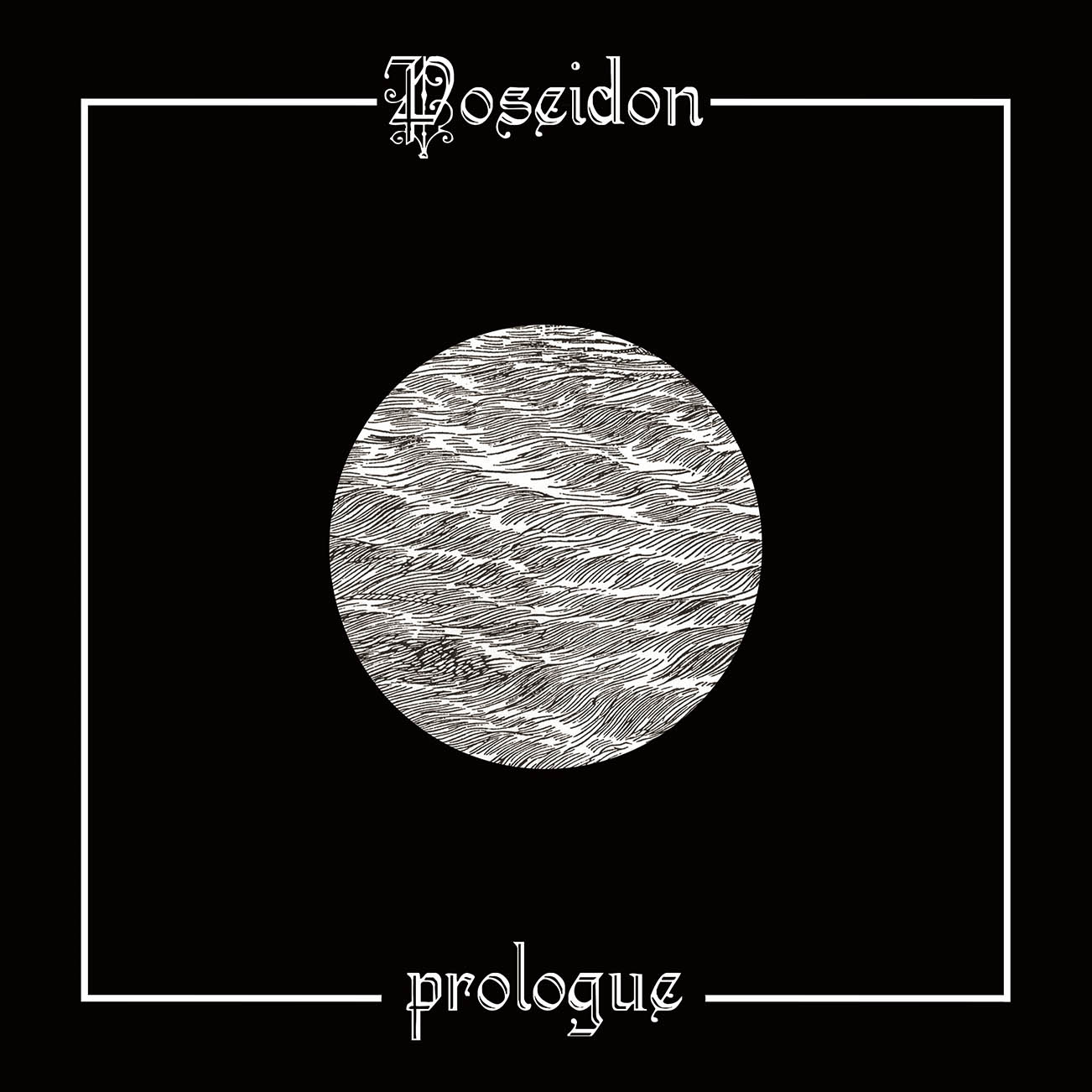 The God of the sea is a vengeful, powerful one if his latest solo outing is anything to go on. Prologue may only feature four tracks, but like the seas, this is a record that proves dangerous, powerful and calm. Joking aside, the four-piece outfit from London have put out a seriously cool doom record.

Prologue opens with several minutes of atmospheric fuzz that builds slowly into an awesome riff. The first few minutes of “The Beginning; The End, The Colony” carries with it a dark, foreboding atmosphere. It’s not until around the three-minute mark where you first hear the track’s central, chugging riff. This 13:25 monster swells and moves as the ocean – you may get lost in its choppy waters and crashing waves. It’s an unnerving, but spectacular track. Around the 8:20 mark, the song transforms again. A low, rumbling bass line permeates a moody guitar solo, all while the riff slowly builds. The result is a crescendo of noise, with screamed vocals – something I don’t normally hear in doom. “The Beginning; The End, The Colony” is one of the best songs I have heard all year.

“Mother Mary; Son of Scorn” distills the choppy waters and crashing waves of “The Beginning; The End, The Colony”. This is a tranquil, calm song – offering some respite from the madness that precedes it. There’s a lot of acoustic guitars and metronome style drums going on here. It’s not exactly a metal track, but it shows that the band can do more than crushing doom. Indeed, the progressive nature of Prologue is what sets the record apart from other doom pieces I’ve heard, which can fill lengthy tracks with a monotonous drone. “Chainbreaker”, the shortest entry on the album at 6:25, is also the fastest. It bears similarities to the heavier side of Mastodon, with grand riffs accompanying the brutality.

If “The Beginning; The End, The Colony” and “Chainbreaker” represent the almighty power and force of a savage ocean, whilst “Mother Mary; Son of Scorn” symbolises a calm shore, what is there left for “Omega”? This 16:33 behemoth takes you through everything. The rolling waves, the crash of thunder, the lick of a calm shore. It’s a powerful, awesome track that rounds off one of the best releases this year. Do yourself a favour and don’t invoke the wrath of Poseidon, buy and listen to Prologue – you won’t regret it.

Check out the band’s single “Chainbreaker”