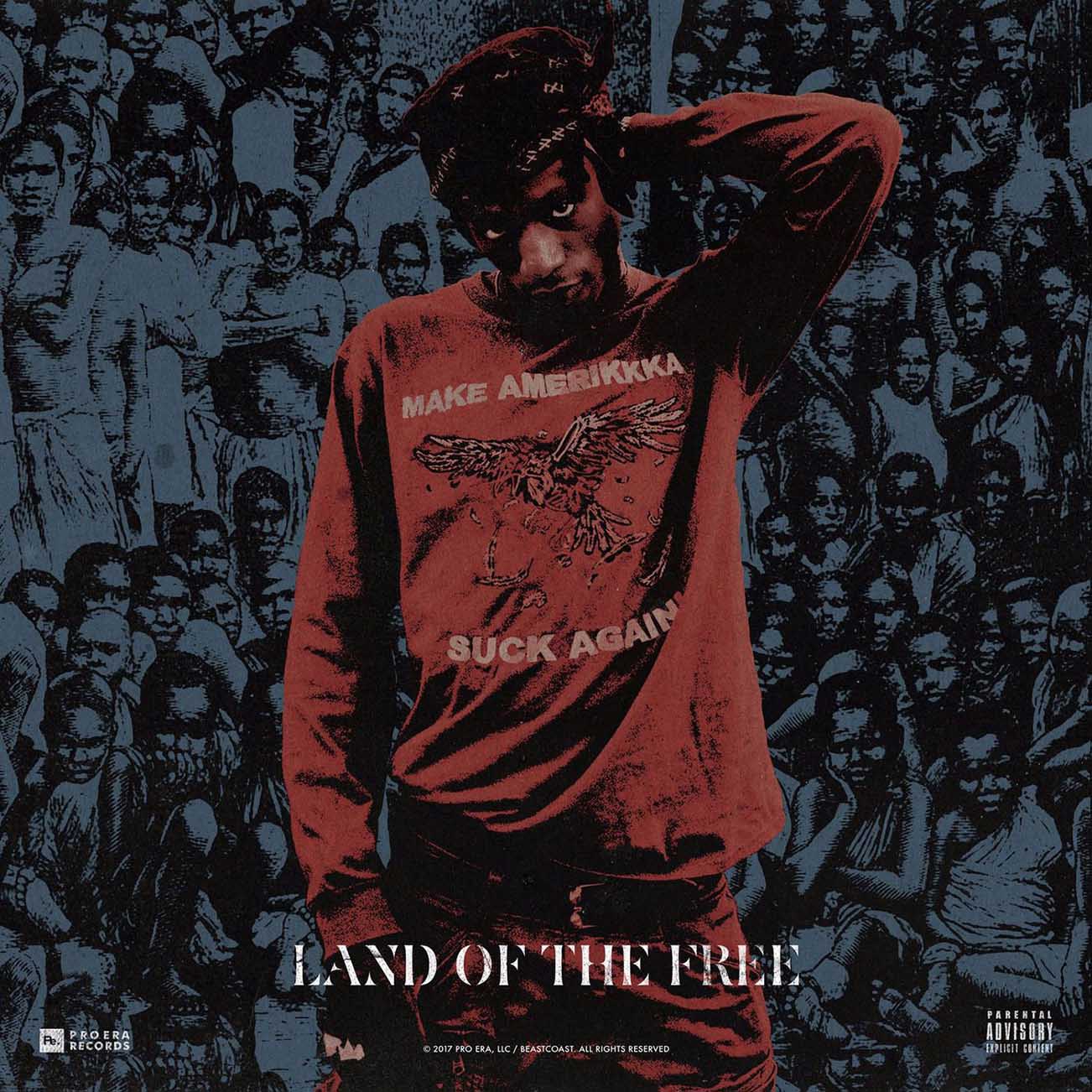 Urban poet Joey Bada$$ has done it again; his new song “Land of the Free” is beautiful, heart-wrenching, and highly relevant to today’s tumultuous political climate. It is the second single released ahead of his upcoming LP, All-Amerikkan Bada$$. The song was released on January 20; which happened to be both Joey’s birthday and the day of Trump’s inauguration, a truly beautiful double entendre. “Land of the Free” showcases some of Joey Bada$$’s best writing to date, as well as a sensuous, minimal beat.

In this political track, Joey highlights a variety of issues faced by black people in America, including mass incarceration, institutionalised racism, and Trump’s looming presidency; overall a bleak future for black America. However, despite dealing with such heavy topics, Joey ends on a positive note by highlighting his ambition to bring change and inspire future generations. “Land of the Free” could very well be a modern “Keep Ya Head Up.” If this song is any indication, Joey Bada$$’s upcoming album is one to look out for.

Check out the newly-released video for “Land of the Free”