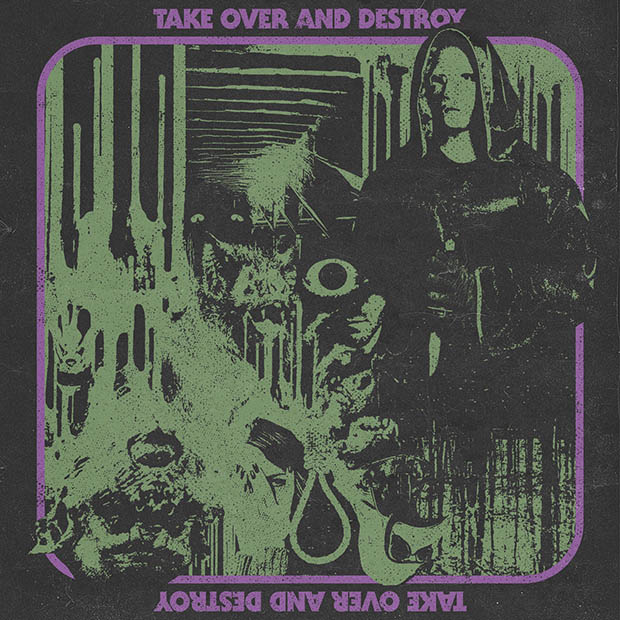 Take Over And Destroy, lovingly referred to as TOAD in their home state of Arizona, have been a busy band since their inception in 2008. They’re a staple in the local heavy music scene and their unique sound, which incorporates elements of Death Metal, Black and Roll, Classic Rock and hints of Black Metal, have made them a favorite among the Phoenix locals.

Their self-titled album, Take Over And Destroy, is their virgin release for Prosthetic Records and is an unexpected, pleasant surprise. After several listens, I keep finding gems hidden among the riffing and the vocal melodies. To my ears, the gothic influences along with the Thin Lizzy-inspired single-note runs make this one of the more original and enjoyable albums I’ve listened to this year. Some of the stand-out tracks include “By Knife”, “Red Ink” and the finale, “Night Work Begins”.

Take Over And Destroy states their aim is to “take over any preconceived notions in the mind of the audience and destroy the prejudices and expectations the listener might have.” I will agree wholeheartedly with this statement considering this is one of the most original releases I’ve heard so far this year.

Take Over And Destroy Track Listing:

Check out the song “Let Me Grieve”