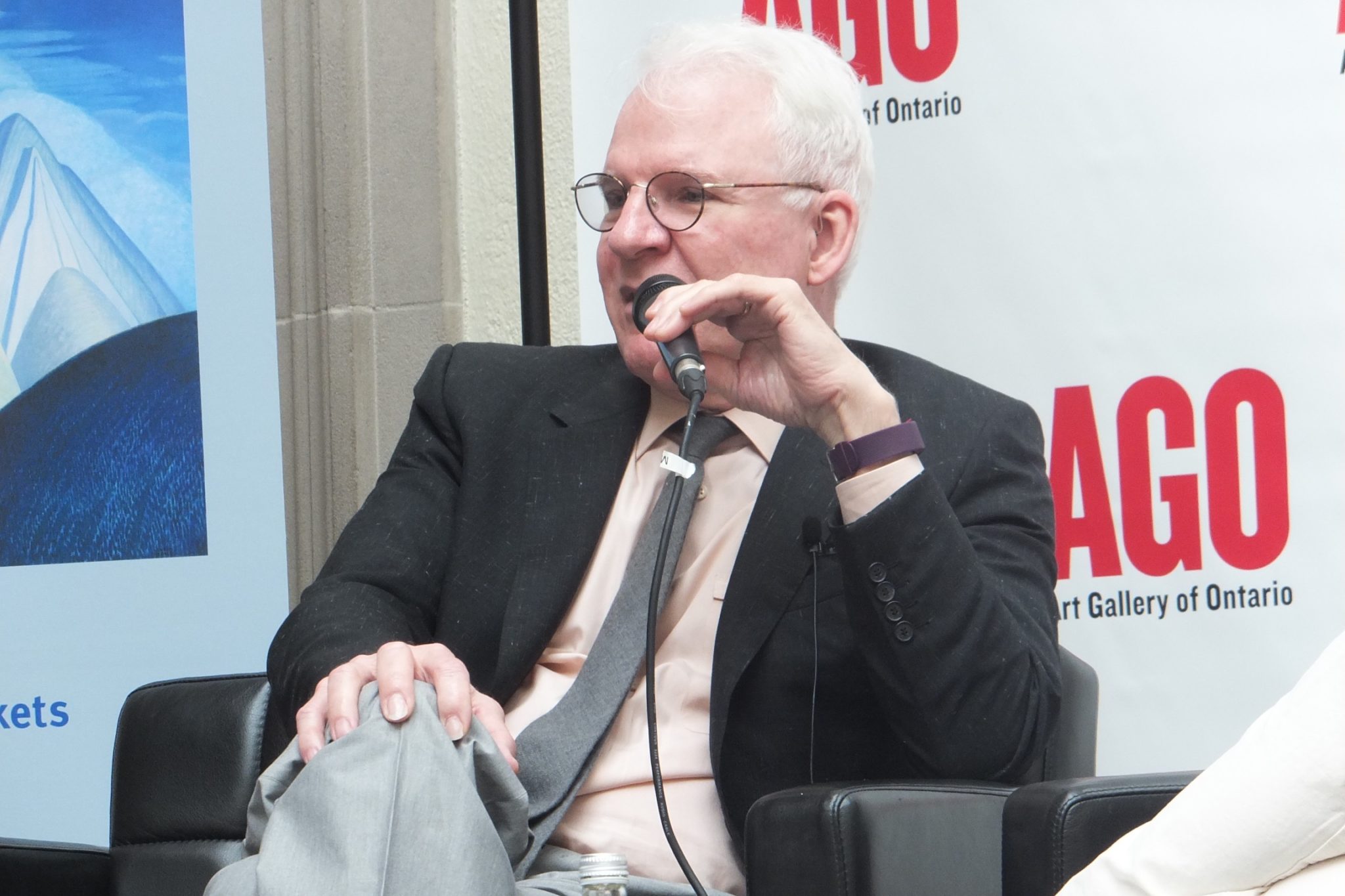 This Friday marks the opening of the much-anticipated exhibition The Idea of North: The Paintings of Lawren Harris. The exhibition is curated by actor, comedian, musician, and writer, Steve Martin in collaboration with Cynthia Burlingham, Deputy Director, Curatorial Affairs at the Hammer Museum, and Andrew Hunter, Fredrik S. Eaton Curator, Canadian Art at the Art Gallery of Ontario (AGO). The exhibition will be open to the public from July 1 to September 18.

I was fortunate enough to see the display of these phenomenal paintings in advance, at a media event where Steve Martin was present and conducted a Q&A session with Andrew Hunter. Throughout their conversation, one could see the excitement on Martin’s face when talking about Harris’ paintings.  Martin, as an art enthusiast, discussed a lot about what we will see featured in this special exhibition and his opinion on Harris’ work. Martin mentioned how one will see a lot of hues of blue in Harris’ paintings along with mountains, icebergs, and rocks. Martin concluded, “…he’s really painting the idea of north.”

The main part of the exhibition features more than 30 of Harris’ most extravagant northern landscapes from the 1920s and 1930s. It also showcases the culturally diverse Ward neighbourhood in Toronto where Harris spent his formative years. Furthermore, the exhibition is divided into three sections: In The Ward, The Idealized North, and The New City.

During the Q&A session, a media representative asked Martin if he noticed any differences between Canadian,  American and European paintings, etc. and he replied with, “Yes, and it’s the landscape.” Martin added how he’s visited many places in Canada for filming and such and has physically seen the landscapes that Harris painted. He’d be in front of a mountain and say: “that’s a Harris painting.”

Trinity–Spadina MPP, Han Dong, was also present in the audience and asked if Martin had anything he’d like to say to the aspiring artists of OCAD University – which is coincidently located next door to the AGO. Martin responded by saying, “…take every opportunity to expose your work.”

He further talked about when he was young he used to take every opportunity that came to him when asked to perform at a gig – this is when he was an ambitious and young stand-up comedian – and this was to get noticed. Therefore, his words of encouragement are formed on the idea that, if you’re an aspiring singer, dancer, comedian, actor, etc. flaunt your work and your talent because talent and potential will eventually be recognized.

The Idea of North will be exhibited for two and a half months.  Therefore, I highly suggest you take the time to go and see it. You will truly be blown away. In the words of the AGO’s CEO, Stephan Jost, “It is poetic, beautiful and it will knock your socks off.”