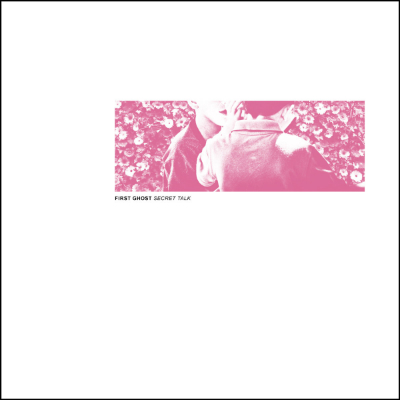 *Now streaming on Spotify, and available on iTunes and BandCamp*

First Ghost is an up and coming band originally from London, Ontario but now based in Toronto. Originally a brainchild of Anton DeLost and Ryan Sweet, longtime friends who played in the pop punk band UTKF (or Under the Killing Floor) from London, First Ghost has grown into a full four-piece band with immense talent and a very promising future.

In 2014, the band released their first EP titled Real Eyes. DeLost and Sweet performed the EP themselves with DeLost handling engineering and production establishing a sense of ‘do it yourself’ endurance. The result was a strong first effort with plenty to offer listeners of their past pop punk glory but also offering a sense of a new direction, one that has been enhanced and built upon in their latest release.

April 1st, 2016 marks the debut of their newest EP, Secret Talk, a 5 song glimpse into a band that has crafted their songs so eloquently and come up with some amazing hooks and melodies that it’s hard to fathom they aren’t signed and this isn’t their fifth hit record.

This new EP is a huge step forward for First Ghost, which is saying a lot considering their first EP was quite good. The songwriting and production is much more ambitious, mature and attention grabbing. The first single, “The Less You Know,” was released a few months ago and offered listeners their first chance to hear Sweet and DeLost’s voices combining for their trademark harmonies with layered guitars that create an ambient, intimate setting for the choruses’ desire, “And draw the line from your hand to mine, ’Cause I’m colder, so come closer.” The song continues to build and open up, making use of great dynamics and culminating in a final refrain of the chorus that resounds with the listener.

“If You Want To” is another highlight of the EP, making use of an interesting and attention grabbing intro through production of a changing sound design with the drums and guitar. This song also highlights both sets of vocals, with DeLost taking lead while Sweet’s mixes in when appropriate. The chorus of this song appears in different forms through dynamics once again, with the first time being loud and in your face and then later on coming in quietly and somber. This is just another great example of DeLost’s ability as a producer and engineer of his own music to keep things fresh and interesting for the listener.

I have been searching for ways to convey the overall sound of this EP. Part of me wants to say it’s still got that pop punk sound or an emo rock vibe. I’ve tried to compare it to other more prominent artists, but I keep coming back to the same idea, that this is a unique sound inspired by those types of influences. Maybe it’s some Jimmy Eat World, maybe some Blink or Weezer. Ultimately, it’s First Ghost. They have worked to carve their own path in pop/rock music here. As a fan and friend, I am thoroughly impressed with the EP. Each song fits so well and offers melodies you’ll find yourself singing and humming along to in no time at all.

If you’re looking for a new band to get into and listen to before they blow up and everyone thinks they’re the first to discover them, First Ghost and their Secret Talk EP is a great place to start so pick up their stuff on BandCamp or iTunes. It’s only a matter of time.