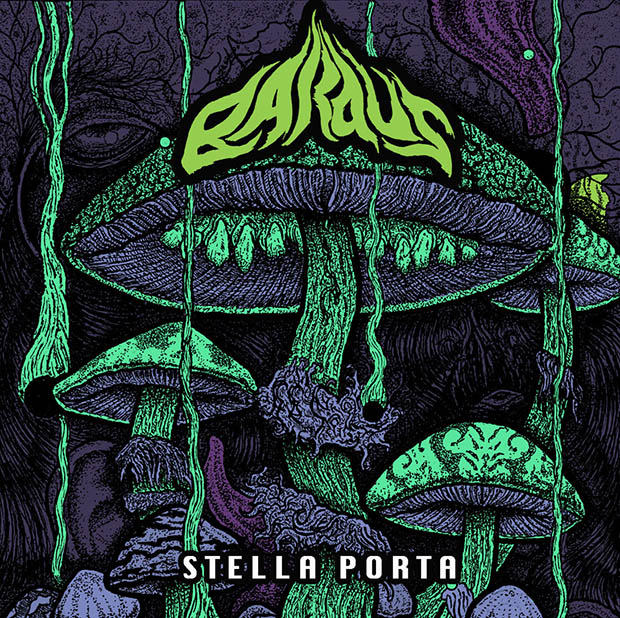 UGH! That’s all I have to say after listening to this absolute chugging bastard of an album. The press kit states this is for fans of “Melvins, Eyehategod, Unsane, and Queens of the Stone Age”. If you could have seen my dubious expression you might have laughed; if only you could have seen my face melting off my skull for the ensuing 27 minutes.

It’s all killer and no filler, my friend. It’s the kind of heavy that makes you scrunch up your nose and bob your head like you’re angry with it (look at “Haze”, for instance). From the brooding chugging that opens on “Smoke Bath” to the doom-y denouement in “Clandestine”, it’s one exacting execution. It feels like a lean record, and I have to say, I’m tremendously impressed by the fact that this band is able to cut and run on their riffs. Unlike so many other sludge or doom bands, this group reins it in enough to let you feel the power and then walk away. It’s a pretty exhilarating experience, one that makes for a remarkably good album. It’s the perfect marriage of heavy, sludgy, and groovy. I can get behind the fact that this trio straddles the line between Isis like ambience-meets-heaviness with the harsh sensibility of Time To Burn. I can’t emphasize enough, above all else, how important the riffs are. Listen to this album and you’ll know the power of the riffs. It’s wild stuff, and I’m glad that I got a chance to listen to it.

Also, I don’t seem to feel this way about a record often enough to actually say something about it, but whoever came up with the song titles has got my vote. Along with the album art and ambient vibes, Stella Porta is able to evoke grimness and grey skies (for some reason the game Turok on N64 comes to mind), while also clinging on to the listener’s attention the whole time with vivid musicality.

I admire the style and production of the vocals, channeling terrified barking at the bottom of a well, though after hearing the switch up of vocals on “Haze” it makes me wish they would experiment more with different vocal styles and harmonies. Nevertheless, it’s obvious that this band is bent on creating music that actually reaches you and grabs you by the guts and not becoming a chore to listen to. The fact that it’s done by a three-piece only serves to bend my mind more than it already has been by this album.