On Wednesday April 29th I attended the Music For Memory Project presented by The Horseshoe Tavern and The Alzheimer Society Of Toronto. The Horseshoe was packed for the occasion, and to my knowledge – sold out. Like most people, I was aware of the basic information about the disease, but never having experienced it first hand was not aware of the more in-depth details about its effects and what can be done to help battle it.

After making myself familiar with the ‘Music For Memory’ project, I can’t say enough good things about it. The idea is that by using iPods it can help Alzheimer’s and dementia patients and others with cognitive challenges, reconnect with their world through music triggered memories. Concert attendees were asked to donate new or used iPod Shuffles so those living with the disease can enjoy the music without visual distraction.

The show was also in support of Spirit of the West lead singer John Mann, who in late 2014 announced that he had early onset Alzheimer’s disease. Mann played many songs he wrote while in the hospital, as well as fan favourite ‘Home For a Rest’. What struck me most about Mann and the night in general was how positive and funny it was. Mann made plenty of jokes and exhibited a sense of determination and hopefulness in not letting the disease change his core being.

Hosted by Alan Cross of The Edge and History of New Music, there were many guest artists who came out to celebrate Mann and the powerful effect music has with memory. Artists included: Molly Johnson, Royal Wood, Andy Maize and Josh Finlayson from Skydiggers, Tom Wilson, Kevin Kane, Madison Violet, Scarlett Jane, Chris Tait, Josh and Andy, with a special surprise guest appearance by Steven Page and The Odds. Page played a couple of favourite Barenaked Ladies songs, as well as some newer material. A definite highlight of the evening for me was the finale when everyone including Mann took the stage to do a group rendition of ‘With A Little Help From My Friends’.

It was a pretty amazing night, and is on my list of highlights since becoming involved in Canada’s music scene. It did exactly what it set out to do: educate, inspire, and I think anyone who attended felt like just maybe they helped leave the world in a bit of a better place than it had been before. 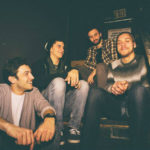 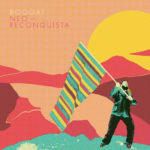