A single layer of mesh was the only barrier between the corporate slaughterhouse of a stage and a hungry audience. The Coal Mine Theatre is currently hosting Mike Bartlett’s stage play BULL that pulls viewers into a witty, capitalistic wonderland complete with cut throat sarcasm and incredible acting. The play was directed by David Ferry and stars the deadly Diana Bentley, the witty Damon Runyan, the sheepish Ryan Rogerson, and last but not least the ferocious Mark Caven.

The plot is relatively simple; three employees are fighting for two job positions in which the odd man out will be asked to leave the company. The stage is a three-sided board room in which the audience is seated directly outside, such that the setting could be related to a boxing ring or a wrestling match. It seems fairly straightforward as two of the three are cunning, fast minded individuals, while the third is goodhearted but flustered and plays by the book. It is the fast paced maze of conversation that saturates viewers with moments of seriousness and countless laughs throughout the performance.

The pure intricacy of the dialogue is what captures and holds the audience’s attention over the course of the show. Through witty back and forth conversation, the characters of Isobel (Diana Bentley) and Tony (Damon Runyan) pick apart poor Thomas (Ryan Rogerson) to degrade him before the meeting starts, making him feel vulnerable and causing some second guessing to his decisions. It is a metaphor for the carnivorous society in which we live that promotes the degradation of others to achieve our aspirations. It felt like watching two children with magnifying glasses burn ants just because they felt they had the liberty to do so, oblivious to the pain they are inflicting. Isobel and Tony make it clear that while they are in the same job position, the world is changing and with it there is no place for people like Thomas. At last the boss, Carter (Mark Caven) comes into the room to make the decision, concluding with an ending that was not expected yet fit just right.

The Darwinian theory of natural selection comes into play here in a corporate sense as it showcases the kill or be killed environment that can be present in certain work situations. Bartlett wishes to show how bullying is carried out when we are adults in comparison to children. The scale is quite different and illuminates certain dialogue that can be used in a corporate situation to make less of someone else without the intent to do so.

BULL is a true genius by Bartlett that keeps viewers on the edge of their seat throughout the performance. It will be on stage from March 17th to April 5th at The Coal Mine Theatre. Be sure to check it out, you won’t be disappointed! 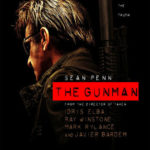 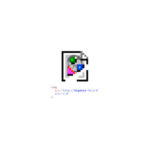