The Skinny: Staffordshire, UK is where you’ll like run into the groove-infused Southern rock/metal quintet Tussk. A relatively new group, members Sean “DuBeck” Beck (vocals), Oll Connell (drums), Kris “Cougar bait” Capewell (guitar), Matt “Pulled A” Massey (bass), and Luke Springett (guitar), have wasted no time in ushering the down-tuned and fast-paced groove fest they call music into the unsuspecting ears of as many people as possible. Need an example? Look no further than this world premiere of their new EP Par T.Animal. Sure… you didn’t know of them before, but now you won’t be able to stop listening!

Par T.Animal is a two-track EP due out April 11th 2014 and is the follow-up to the band’s 2012 release Cougar Bait. To date the guys have played in venues including The Sugarmill, Birmingham Academy 2, and London’s Indigo2 and even shared the stage with 36 Crazyfists. Now, as they continue to reach a wider audience, Tussk are not only a band you NEED to hear before also begin to love before it becomes “cool” to do so. 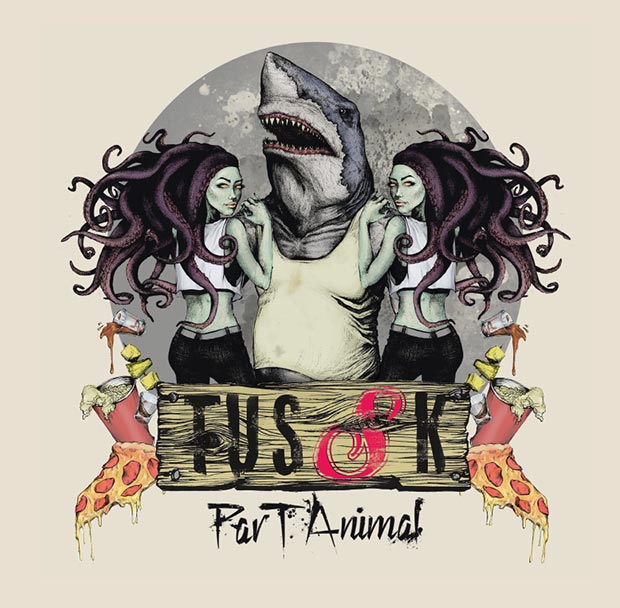