No one rocks like those crazy Western Canadians, right? Just ask Calgary, Alberta band Painted Glass for which we’re offering their track “Fire Under Water” as a free download. Being from Calgary you may expect Painted Glass to be a bunch of guys in cowboy hats and boots, singing about their broken, honkey tonk hearts… Wrong! These guys are a pretty bad-ass, four-piece progressive rock/metal band that sound reminiscent of (if you’ve been too lazy to click that song download button) Tool and the Deftones. Each member brings their own diverse influences to the fold and with all their collective inspirations put together, Painted Glass come out with a pretty unique sound of their own.

The band has been around now for about two and a half years, but they’ve recently really gotten down to business and have come out with their debut release Anoetic . Painted Glass aren’t out to save the world with their music (though if they save you, they’re perfectly ok with that). They’re just happy to get together for a few hours a week and play some music together. Now that they’ve released their debut, the band is happy to get back to doing some more writing. 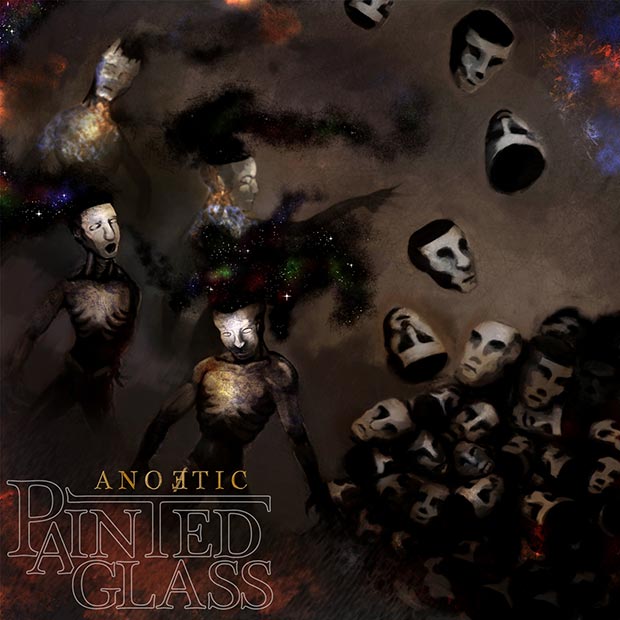