I really didn’t expect to like Unholyath’s Antidogma that much. The cover seemed a little bit too “evil” for my liking and I half expected to hear a basement recording of muffled shrieking while tin cans rattled around in the background.

instead of a low quality basement recording; however, Antidogma is an incredibly well-produced and well played black metal album. From what I can find, Antidogma is the band’s second release – which is surprising as the level of songwriting on this album rivals many black metal bands who have been around for years.

Unlike a lot of black metal artists who rely solely on effect to achieve their darkness, the really cool thing about Unholyath is that they don’t forget they are also songwriters. That is, that the songs, similar to groups such as Immortal and Gorgoroth, are both headbangable and dark at the same time.

I highly recommend for fans of black metal to check this album out as it’s quite good and the band, if they continue to improve upon their songwriting skills, truly have the potential to become legendary. An excellent release from a good up-and-coming young act.

Check out the song “I Want Your Death” 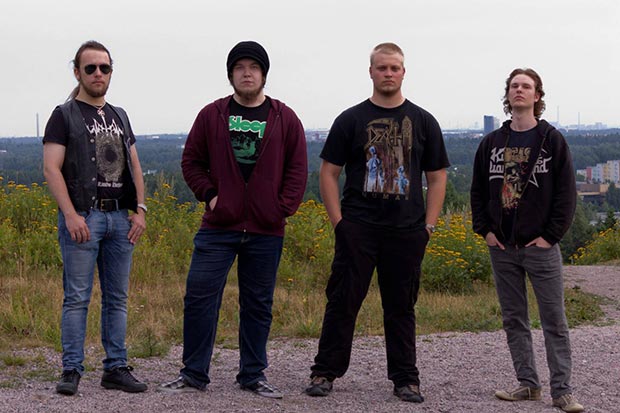 Altar Of Betelgeuze – “The Spiral Of Decay” [YouTube Song Stream]