The Skinny: Kick your Monday in the teeth with Howl’s “With A Blade”. The new song comes by way of the Providence metal miscreants’ upcoming new studio album, Bloodlines. Recorded at the infamous Planet Z Studio in Hadley, Massachusetts with Chris “Zeuss” Harris (Soulfly, Crowbar, Municipal Waste, 3 Inches Of Blood), Bloodlines boasts 40 apocalyptic minutes of riff-drenched, nihilistic sonic savagery recommended for fans of Mastodon, Lamb Of God, Kingdom Of Sorrow, Baroness, Kylesa and the like.

Comments the band of the track: “‘With A Blade’ is the child of sweet southern riffs and a dirty gorilla with big dirty gorilla balls.” The ten-track Bloodlines will see North American release via Relapse Records on April 30th, April 26th in Germany, Benelux and April 29 in the UK and rest of Europe. Pre-order packages are available HERE. 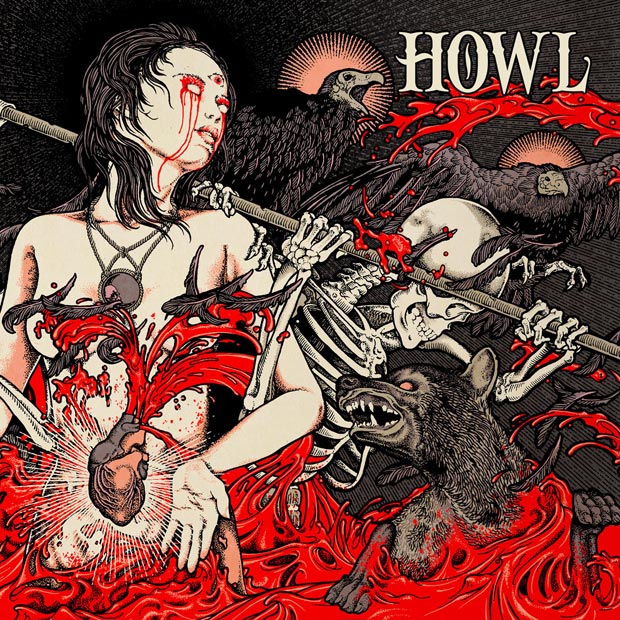