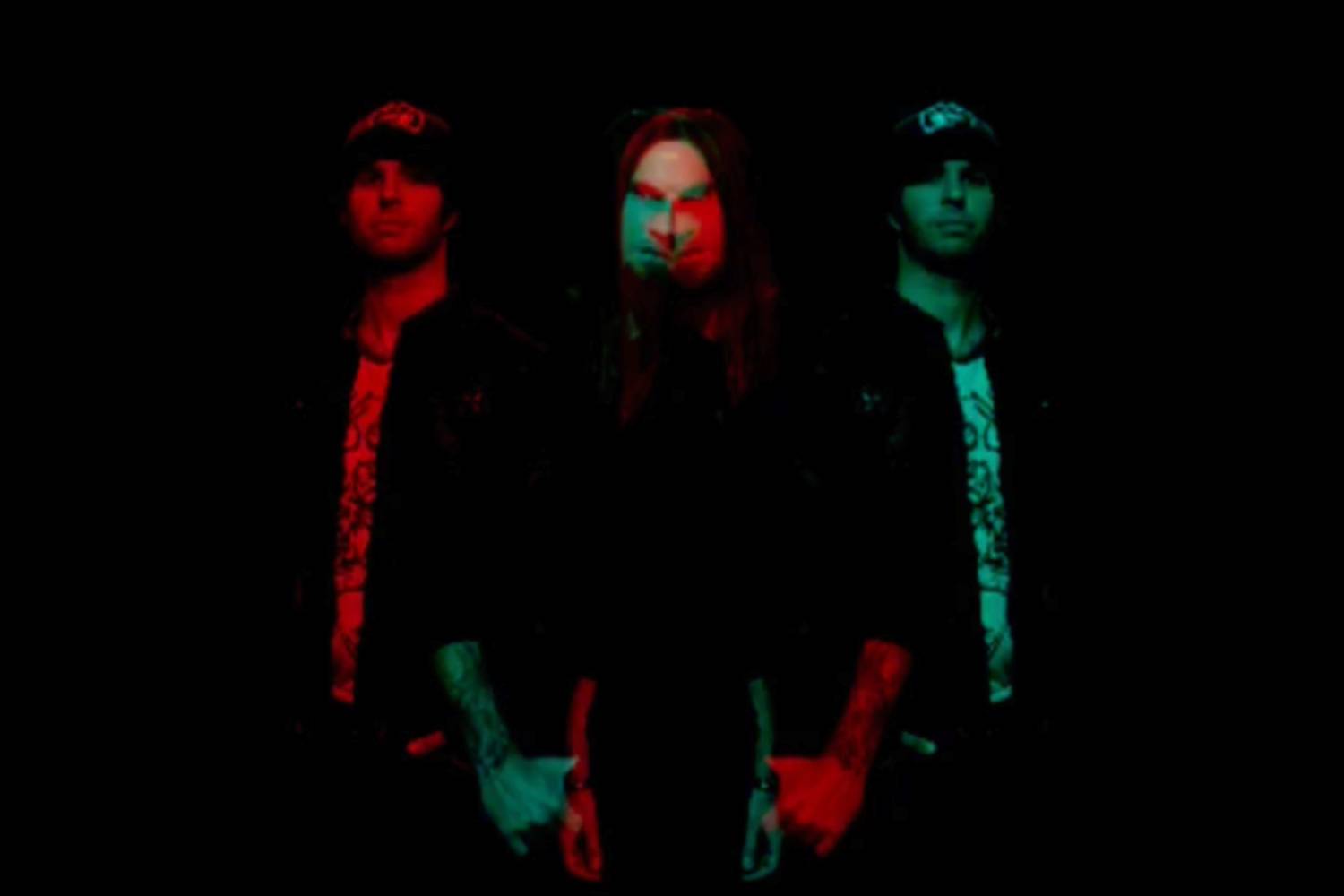 Before CMW I had heard the name Rev Theory before but never really looked into the band or had any concern. Turns out I was stupid not to. I had the chance to talk to a couple of the dudes from this wicked band which is now polluting the airwaves with some wicked tunage. We discussed beautiful women, the enormous wrestling fan base and touring, among other things. Check out how the conversation went with two of the coolest guys I’ve had the chance to interview.

Last year you guys abbreviated your name from Revelation Theory to Rev Theory. What brought on this move?
Julien: We just shortened it. Ultimately people were getting the name wrong, calling us Revolution and all this stuff and most of our fans call us Rev Theory anyways so…

Rich: Yeah, also Matt brings up a good point usually that, you know, it’s kind of like a new start for us, you know? So…

Yeah, I guess so!
Rich: Too many syllables in the other one.

Yeah, so you guys don’t tend to use the full name?
Julien: No, officially it’s just Rev Theory.

Alright, cool. So, also last year, your single, “Light It Up”, was used as the official theme music for Wrestlemania. What did this do for you band?
Rich: It did a lot! I mean, it introduced us to that entire fan base and you don’t realize how big that culture is until you actually and see it. And it really just put us on a different map which is pretty cool.

Awesome! Now, you guys have 4 webisodes and a bunch of behind-the-scenes videos on your website, do you feel it’s important to keep your fans in the loop?
Julien: Ah, totally! Everyday they need stuff, and gotta keep people coming back, just gotta keep it fresh and just don’t stop.

Rich: In the age of the internet, we’re all extremely attention deficit. So you gotta keep, exactly like Jules said, you gotta keep new stuff coming all the time so people stay interested, ‘cause they just lose interest.

Julien: So, you know, we try to put up as much video as we an, you know, we have a Kyte phone where we do like, literally can download like whatever happened that night or upload it the next day.

Rich: Yeah, all of our media sites take it. Its like, you press send and it goes to all of our sites.

Julien: All the mayhem and put it online, so it’s…

Rich: It’s not a good thing to do it drunk.

There’s a lot of things that are usually pretty good that you can’t do drunk though so…
Rich: Yeah!

Rich: Yeah, that was a good one.

Julien: Reg Cannon and Rikki Lixx and all sorts of…

Rich: Check’em out, they’re all fun!

Alright, cool. In May you guys are hitting up some Canadian cities that don’t usually get to see major bands on tour. Is there a specific reason for doing this?
Rich: Well we’ve toured through here twice now, we were here last September on a headlining then we were here in January with Theory of A Deadman and we hit most of the major cities and this time around I think we’re hitting secondary markets which is cool for us because, you know, we’ve only ever done major cities here, so, you know, it’s good to get out to the people, I mean that’s really where rock shows live too. ‘Cause it’s like it’s the big thing that’s coming to town so it’s a lot of fun! So we’re just happy to be with Buckcherry and Papa Roach and The Trews for those dates.

Yeah, I’m sure they’ll all appreciate it too. Instead of like traveling halfway across the country, you know, you’re coming closer, if not right to them.
Julien: Exactly!

Yeah, so, your videos, “Hell Yeah” and “Light It Up”; where did you manage to find all of these ridiculously attractive women?
Julien: [laughs] Well for “Hell Yeah” we just had Ashley from the WWE; she was one of the Divas.

Oh, okay.
Julien: Yeah, so she’s an actual, like from the WWE, she’s one of them, their chicks. And then the girls for the “Light It Up” video were, I guess we just, well two of them were friends with our manager that we knew, that we’ve known for a while and stuff and we’re always like “Dude she’s gotta be in one of our videos!”, you know? We’ve known her since we started in New York and the other two we had found sort of through, you know, casting and stuff, we casted them which is such a painful process, casting hot chicks!

[laughing] I’d imagine so! So your album Light It Up has been on store shelves since June, and you guys have been super busy ever since; have you found anytime to write?
Rich: Actually we just started writing again the past couple weeks, so. After you spend so long writing an album you kinda just want to put that to bed a little bit, like get out and play shows and do that for awhile and then after doing that, you know, it starts itchin’ again.

Julien: Totally man, the creative juices have been flowing for the last little while here. You know, like Richie said, you play all the music, your excited to play the stuff that you worked hard on and I think its at a point now where we want to be prepared to have material when we get off the road, whenever that may be so were not screwed. We don’t have a lot of time to write and stuff. We have a lot of experiences that have happened over the last year and we can draw from things and start moving forward.

Awesome! And you guys are known for your hard hitting rock anthems, if you will and you also have acoustic versions of the songs and stuff, how do you make both sound so awesome?
Julien: Thanks man! I mean, Richie and Matty can really sing, these guys can really sing and Rikki can sing and I think ultimately I think that’s what makes you a great band is to be able to make it come across acoustic, you know, and I think we change the arrangements up a little bit, as a band, try to get a little creative and try to have fun with it. We’d ultimately like to do like some of the bands we love like GnR and Alice in Chains, they would put out kind of 6 song EPs or they would do like little acoustic things in between their records. It’s something that we would love to be able to do, you know, so we’re talking about that now.

Alright, well I look forward to it man!
Rich: Thanks man!