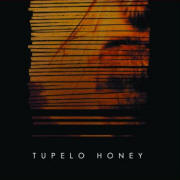 Very few new Canadian rock acts have faired as well in such a short time as Edmonton rockers Tupelo Honey. Having formed as recently as February 2003, this five-piece group hailing from Alberta, Canada is literally brand spankin’ new. Nevertheless, in the two short years since their founding, Tupelo Honey has forged a serious following and furthermore a place for themselves at the top of the Canadian rock scene. After roughly only a year together the band had already released their debut self-titled EP and began touring extensively all across the country. This dedicated group of well-trained musicians have invested a tremendous amount of time and energy into promoting their music, even staying after most of their shows in order to meet and greet fans. Although maintaining a melodic quality which enables Tupelo Honey to appeal to the musically-ignorant masses, their sound is also fresh and innovative to the point were they will also be appreciated by more seasoned musical ears.

The band’s debut release hit shelves in late 2004 and features six distinctively excellent tracks. The disc is well compiled and offers a great foresight into this band’s potential, range of abilities, and ultimately their future. The EP commences strongly with “Why I Bother”, a three and a half minute song which, thanks in part to extensive radio play in western Canada, has rapidly become the group’s first solid single. This particular track happens to be the heaviest on the album and as a result is a perfect introduction to not only the CD, but also the band’s brand of rock music. The following track, “Yesterday” sounds much different from the album opener, yet only affirms the fact that Tupelo Honey has the ability to seamlessly alter their sound. The song is faster, at moments a tad more punk, and overall, is great.

“Then Came You”, is the first of a few softer more emotional rock tunes. This song in particular is one for the couples and all gentlemen should take note! This romantic ballad wails with proclamations of love as lead vocalist Matthew Landry bellows, “…I had no room to love another…but then came you…thank God for you!” Maintaining a mildly distorted grunge quality, the track is far from acoustic, and yet not quite heavy. The next song, “Left Behind”, although also pertaining to relationships, pulls an emotional 180 and focuses on the direct opposite in love-related themes. As the chorus declares, “…where were you when I came down?” the song boats a more sensitively wounded and pissed-off feel. Without the necessity for continued sappiness, “Left Behind”, returns the band’s directionality to just plain old rockin’ out.

Running for 5:13, “See Through Shadow”, is easily the longest song on the record. With a nice mellow, slow crawling vibe accented at times with simple bluesy-rock guitar riffs, this track is one for chillin’. The chorus picks things up a bit, but once again transitions back into the slower rhythm in which the song began. The EP closer, “Feel” is yet again different from the rest of the pack. It boasts a simpler more rugged rock and roll feel and yet, without at all sounding out of place, blends in very well with the rest of the band’s material. It is a short and solid way to end the disc.

As aforementioned, Tupelo Honey has recently been making headlines all across Canada. Now however, this recent large-scale buzz is not only understandable, but down-right justified. Humorously, it’s actually quite simple; Tupelo Honey’s music is just damn good! These musicians are all individually talented, but when together, form an even more impressive ensemble. They work extremely well as a unit and as a result their live shows are unexpectedly captivating. Furthermore, even when quasi-rushed, they can still produce awesome songs (presenting exhibit A, their debut EP). Therefore, it is safe to assume, that when Tupelo Honey returns to the studio to record their first full-length feature, we can pretty much rest assured that it will be awesome!  [ END ]