Rather than just keeping it simple for the sake of keeping it simple, Turbid North aimed to create a grandiose visual experience to accompany their new single, “Slaves.” The track can be found on The Decline, the band’s first proper release in seven years when it is issued in the new year. Featuring its diverse combination of grinding death metal with progressive doom styling and ostentatious sludge, “Slaves” is a representation of the sound which you will hear on this new album, but at the same time, it’s just one of many fantastic new sounds you will soon get to experience for yourself.

Dystopian and post-modern, the “Slaves” music video does not conceal its ambition. The video, created by Turbid North frontman Nick Forkel, responsible for conceiving all of Turbid North’s visuals, did not disappoint again, with an apocalyptic new clip inspired by the classic science-fiction, Harrison Ford-led film Blade Runner. If you are a fan of the film or remember seeing it, then this video should undoubtedly resonate with you.

We recently spoke with Forkel for a Behind The Video to discuss the “Slaves” music video, his views on videos in general, and what he views about them as their primary purpose.

Who directed the video?

Nick Forkel: “That would be me.”

What’s the concept behind the video? Help us to understand the video’s concept in more detail and how it ties into the lyrics.

“When I was writing the song, I had this imagery in my head of a dystopian future city and someone trying to escape it. That really helped when doing the lyrics, and so it ended up about being trapped in your own mental prison. I was very influenced by Blade Runner when conceptualizing the visuals. It takes place in this dirty, futuristic mega city where instead of drugs, people are addicted to this virtual reality world and plugging your brain in.

“The two main characters are both slaves in this world. You have the human girl who’s a slave to the VR thing, and you have this robot woman who’s a slave to their society. And then there’s all of the ‘peasant’ workers, Kind of similar to the film Metropolis. All slaves to someone or something.”

What are some of your favourite music videos? What about when you were growing up?

“I love ‘The Diplomat’ video by Pig Destroyer. Thought it was really cool how the video took this short line from the song, ‘I want to know what was in the briefcase,’ and turned it into this whole crazy concept. A Planet of the Apes meets Kubrick’s 2001 vibe. Also, ‘Black Acid’ by Death Hawks. Anything that is trippy as hell works for me.

“Growing up, my parents had MTV on all the time. I can definitely remember standing in front of the TV watching ‘Enter Sandman’ and didn’t know what the hell was going on, but it was cool!”

What music video director would you say is your favourite?

“I’d have to say, Phil Mucci. I love all the work he did in the 2010s and how he utilized green screen in all his videos. Really shows you don’t need a huge movie set to make powerful visuals. Get creative with what you got.”

What should a music video set out to accomplish? Do you feel like yours did that?

“Ultimately, it should pair with the music well enough that it enhances the listening experience. The cool thing with a video is it can make you understand more of what the song is about. Or maybe the song is about one thing, and the video is something completely different. That’s the fun part, just being creative with it. I think we got the point across with ours.”

“Turbid North, ‘LIVE FROM MARS.’ I’d get Arnold Schwarzenegger to reprise his Douglas Quaid role (from Total Recall). I’d get James Cameron to direct, make it the world’s highest video budget ever, and then have him take 13 years to edit it. Masterpiece.”

What do you hate about music videos? What did you wish there was less of? What could the medium do away with?

“Wouldn’t say I really hate anything about music videos, but if there was one thing I’d say to have less of (and I’ve definitely been guilty of this) is don’t show so much of the band. A few shots are cool, but it can become overkill really quick. Some of my favourite videos don’t have the band in them at all.”

Did one of your favourite artists ever post a video you felt wasn’t as good as the music? Which one?

“Not really, but if I could choose the best/worst music video of all time, it would definitely have to be Candlemass, ‘Bewitched.’ You can’t go wrong with that one.” 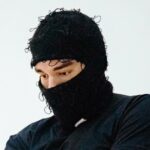