The new album from French experimental rock experts PoiL titled PoiL Ueda is an unexpected encounter between Junko Ueda, an eminent figure of the Japanese medieval epic storytelling, whose warm and profound voice summons the terrestrial energies, and the organic madness of the monster PoiL practicing with cosmic rock without a net. PoiL Ueda will be released on French avantgarde label Dur & Doux on March 3, 2023.

Poil Ueda detonates the limits of rock and world music. By the magic and respect of the “Ma (間),” the two universes mesh and converge in perfect osmosis. Junko Ueda is a vocalist and satsuma-biwa player from Japan.

Poil Ueda is based on the 13th-century Japanese epic tale “Heike-Monogatari.” The composition is based on traditional epic singing accompanied by the satsuma-biwa and Buddhist Shomyo chant. Through the fusion of ancient Japanese traditional music with a hyper-modern European musical formation, this project offers the opportunity to discover a unique musical universe. 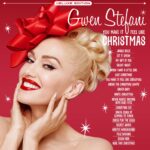 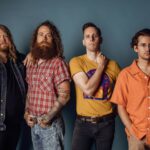