For the career of rock n’ roll outlaw Tuk Smith, the pandemic was both a blessing and nightmare. Smith released a debut single “What Kinda Love” on January 10, 2020, on the same day he was added as an opening act for Def Leppard and Mötley Crüe’s much-heralded stadium tour, the pandemic hit and, well, the rest is history. For Smith though, this complete career reset provided a wealth of inspiration the result of which is new album Ballad of a Misspent Youth, an album Tuk describes as “just me and my stories.”

As we discovered when we spoke to Smith back in 2020, this is a man who wears his heart on his sleeve and it is this honesty which pours through the tales he tells on Ballad Of A Misspent Youth. Armed with a guitar and a boxful of early Aerosmith and Motley Crue vinyls, Smith and his band, The Restless Hearts take you on a glorious rock n’ roll jaunt. It might be rough around the edges but, for those of us who grew up on a similar musical diet to the bands inspiring this collection, hearing tracks like “Girls On The Eastside of Town” and “Aint for The Faint” you can’t deny they tick all the boxes when it comes to American hard rock.

Tuk himself has the voice and attitude of a true American rocker and you can feel on tracks like the stomping “Shadow On the Street”, that he’s managed to assemble a likeminded gang of rock reprobates. Tracks like “Lovesick City” have been injected with the swagger of the 80s hard rock scene while “Forgive But Won’t Forget” sees the band packed in a wailing almost KISS-like guitar solo.

Lifted straight out of the hard rock textbook, the obligatory ballad makes an appearance in the form of “Everybody Loves You When You’re Dead”. As far as stories go, this one feels most like it lets you into the man behind the attitude as Smith sings “The worn-out denim of my soul, gave its heart to rock n roll, It was made against the grain, with trouble in its veins. I got trouble in my veins…” In those few sentences does Tuk Smith not only encapsulate everything you need to know about this album but also everything about the man himself.

These days, rock doesn’t produce many like Tuk Smith any more but listening to Ballad Of A Misspent Youth, we sure as hell need more like him.

1. Ballad Of A Misspent Youth
2. Girls On The Eastside Of Town
3. Ain’t For The Faint
4. Everybody Loves You When You’re Dead
5. Shadow On The Street
6. Say Goodbye
7. Lovesick City
8. Forgive But Won’t Forget 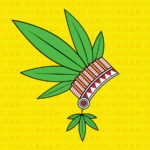 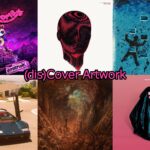