L’nu Joker, Devon Paul, and T3KILLAH have been making their presence known in the east coast Canadian hip-hop scene since their formation in 2013, including gigs alongside notable acts like Brother Ali, Classified, Murs, Choclair, and Young Noble.

Now, the trio is working on their follow-up to 2018’s Smoke Signals full-length, and independent release, which has garnered the group fans in 40+ countries. Check out the new single, and stay tuned for more new music and news. 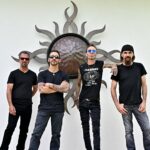 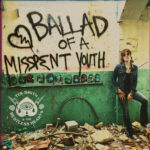