Indie rockers Greg Hoy & The Boys dropped a new EP, Demons at Night, not long ago, along with a music video for the title track. The EP is a tribute to ’80s hair metal bands and Van Halen in particular.

Made up of Greg Hoy (vocals, guitar), Nate Fink (bass), and David Richman (drums), with Jon Reider adding guitar licks, for over two decades, Greg Hoy has dominated the indie rock scene and conquered many areas of the industry as an experienced songwriter, producer, indie label owner, singer, multi-instrumentalist, and more. He also hosts his own podcast, Limited Mileage, where he connects and chats with fellow makers, creatives, and musicians about their unique journeys and adventures.

Hoy has had several musical projects over the years — The Royal Panics, Twice as Bright, Greg Hoy & The Boys, and Greg Hoy & The Enablers. V13 spoke with Greg Hoy to discover more about the inspiration for Demons at Night, as well as his gear and how he keeps his sound consistent on stage.

Greg Hoy: “We lost a lot of things in 2020, including virtuoso musician and artist Edward Van Halen. One of my greatest coping mechanisms during the pandemic was songwriting. I dug out my old 1980s Kramer guitar and noodled away on it. Several of the riffs were certainly an homage to old Van Halen. As the demos for these songs emerged, it became apparent the rest of the band might need to hear them.”

Walk us through your mindset as you entered the studio to record the song.

“Since everything was upside down, I emailed rough demos to drummer David E. Richman in New York City. He spent time working on parts, recording full versions of the drums with the legendary Tom Beaujour (Guided By Voices, Nada Surf), socially distant, at Nuthouse Recording. Once the drums were back with me in California, I promptly forgot about the songs for over a year. Once we decided to tour the east coast this fall, I pulled up the files, wrote lyrics, and sent them to bassist Nate Fink and guitar virtuoso pal Jon Reider in Pittsburgh who added his best Eddie Van Halen solos to them (seriously, they are amazing). Then I mixed and mastered everything in my studio and boom: our little tribute to ‘80s proto-punk metal was born.”

Who directed the video, and where was it shot?

“Will Toft shot the footage in my backyard. We also met up with Ryan and his 1969 Econoline Van Halen tribute, Vanama, down in the South Bay Peninsula. I edited a raw cut. My amazing friend Carissa Johnson added all the fun retro stuff, and we had a video!”

“My siblings all performed in marching band so I was around guitars, drums, and saxophones as far back as I can remember. My mom belonged to the Columbia House Record and Tape club so there were always new albums showing up at our house. One day it was The Beatles, the next day it was Herb Alpert, or James Brown. Huey Lewis & The News. Johnny Mathis. Just an eclectic mix of powerful, melodic music that immediately gave me a reason to get out of bed every morning.”

The line-up of Greg Hoy and the Boys fluctuates. Why don’t you have a set line-up?

“Life moves pretty fast, and most all my friends and bandmates are busy with it. It’s fun and easy to book the shows and tours I wanna do then see who’s available to play. The best part about it is always being surprised by new combinations of players. If we were a jazz band, no one would care – those cats live that life. The song is the north star anyway. The legendary Chuck Berry used to tour with just his guitar! The venues had to have an amp for him, and also put together a band in every city he toured! I like that. The songs are already there as the roadmap. Plus, it’s refreshing, and it keeps the music from becoming stale (as well as the conversations in the van between shows!).”

Favorite guitar riff or lick that inspired you to play guitar?

“Oh, that’s a great question! The first song I learned was ‘Flies in the Buttermilk (Shoo, Fly, Shoo!).’ It was in a book called Play the Guitar in 30 Minutes by Tony Mottola, a famous guitarist from the 1960s. It definitely fit into my ADHD personality as a wee lad. Wait, I can play a song in 30 minutes or less? This was WAY before Domino’s Pizza. Rock n roll hit me hard so once I had my first electric guitar, I just sat and tried to play anything I heard as it came on the radio… what’s known now as ‘terrestrial’ radio. Probably Bryan Adams because his songs were really big for me with easy chords! His album ‘Reckless’ is an underrated classic.”

Which guitars, amps, and pedals are you currently using and why?

“My main live guitars right now are Gibsons. The two I’ve been using on the last shows are a 2011 Les Paul with P90 pick-ups and a 2015 Gibson Memphis ES-339 stock. Having said that, I love Telecasters, specifically thinlines with P90s or humbuckers. There are about 25 or so guitars floating around my studio these days. It’s a bit of a problem that the pandemic only exacerbated. The Marshall Origin 50 combo amplifier – purchased for the 2019 Limited Mileage tour – is surprisingly great, and not so expensive that I worry about it too much. Stuff takes a beating being loaded in and out of the van. My amp friend in the East Bay even modified it so it’s got a little more sparkle in the midrange. The younger me used to cart a 100-watt 1979 Marshall JMP head and 4×10 cabinet everywhere. Those days are very much over!’ Pedals… I like a little analog delay, and sometimes, I use a Morley Bad Horsie Wah Wah to get crazy. I have an envelope filter pedal made by Beardy Steven with my daughter’s face on it. I rarely use it but like looking down to see her when I’m thousands of miles away.”

Are there certain recording techniques you prefer in the studio?

“Always mic an amp or two for guitars. I like the sound of the air and the room. Working with great engineers over the years, I sort of abhor the whole ‘direct-into-the-box’ way of recording. Folks will say you can’t tell the difference, and maybe that’s true for them. The technique I used on our ZZ Top cover (‘Sure Got Cold’) is pretty typical. I have two different 5-watt amps at either end of the studio in isolation. One is dry and one has a little spring reverb on it. This gives me either a nice stereo spread or options when it’s time to mix. Recording drums is a different beast. For me, an inspiring room should be part of the sound. That’s what gets me excited to make a recording.’”

What’s your definition of tone? And has your tone changed over time?

“My tastes run to the essence of things. Even my 2000s amps in my punkier band had no reverb. I took forever to add a pedal (it was a tuner which my bassist finally gifted me for obvious reasons). For a long time, I thought that meant I was lazy for not wanting to spend hours messing around, EQing, A/Bing different things. It’s like black coffee or whiskey neat. If it’s great, it doesn’t need anything. That’s why I like rooms and as little stuff between a mic and a source as possible. If you wanna mess around once you have the sound down, that’s cool. Just give me what my ears are hearing first, please. A great guitar into a great amp played by someone competent should do the trick.”

How do you keep your sound consistent onstage?

“We bring our own stuff as much as possible, and a lot of it is in your hands and technique. Here’s a protip for singers: bring your own microphone! My voice sounds best through a Beta58. Get to know your voice, try out different mics, and always bring them to your gigs. It makes a world of difference (and a great sound person will know you are legit)!”

Looking at your experiences from the last few years, what have you learned from them?

“Be nice! Get off the internet. Go outside. Everyone has their struggle. And trust your own struggle. Recognizing and working with it is how you’ll make the best of your experiences. And also, quit eating so much processed food. Your body will thank you for it.” 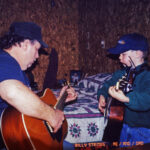 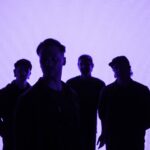