You gotta love the horns! Nothing gives a song a kick in the ass quite like some horns, as you’ll experience on The Anchorage’s latest single, “When I’m In The Grave,” off their latest record Wild Stories. You’d think a song with this title would be a solemn affair, but quite to the contrary, “When I’m In The Grave” sounds like a full-on party.

Their first full-length album in seven years, Wild Stories is an awesome mix of alternative rock and ska. Not exactly an easy, straightforward process, the record’s writing took three years of hard work and persistence, a reaction to the challenges that life has presented us over these last few years. Wild Stories is a culmination and a celebration for a band from small-town Utah which is now starting to get their proper due.

Today, we are pleased to have The Anchorage join us for a very special and detailed, track-by-track rundown of each song on Wild Stories, in which they discuss the writing process, the ideas behind the songs, and how they came to fruition.

“The first song we wrote and recorded for Wild Stories. An idea to write a song with a haunted vibe turned into a song about coping with the inevitability of death and somehow embracing it to feel more alive. When we had started writing for the album, we had a few songs in the works, but this one managed to come together first.

“For many years we had wanted to record with Joel Pack, who was a good friend of ours that ran a great studio in SLC called Rigby Road Studios. The time finally presented itself where he had some availability, and we had this song ready, so we booked a day and tracked the song to see how it went. We tracked this song in late March of 2020, right when the pandemic shutdowns began, and Joel was an absolute legend and actually slept in the vocal booth at the studio for a few days to isolate so we could all make the studio date work since all the shutdowns were starting around then.

“The experience recording with Joel was incredible and really brought the excitement level up and got the creativity flowing, so we got to work immediately on finishing writing the rest of the album, and we decided to approach this album by tracking one song at a time from start to finish instead of marathon style tracking drums for all songs, then guitar for all songs, then bass, etc…

“This song was also recorded while our original trumpet player Erik Vorkink was still in the band. He ended up moving on from the band between when we tracked this song and the next song a couple months later, but we were glad he was able to still be part of this album in some form.

“We decided to lead with this song as the first single and first music video we released as it felt like it connected the dots between our older music and newer music in the best way.”

“This was one of the first ideas we were working on for this album and was one of the earliest that we recorded during the process. The song started out with a guitar riff that led to chords our saxophone player riffed over. We wrote lyrics to that and arrived at the idea of making it about falling head over heels for somebody. We had essentially finished writing the song, but Jason (Bohman) ultimately vetoed the horn line that we had originally written for it feeling that it wasn’t quite ‘the one.’

“After bouncing around a few alternate ideas, Evan (Wharton) ended up writing what became the final horn line that really locked the song together. We still kept a hint of the original horn line during the first line that the horns play in the bridge of the song as we felt it was the right way to truly utilize that part we had written.

“We chose this as the second single to release as we felt it was the opposite end of the sound spectrum from this album compared to ‘Live with Death,’ and it gave the listeners a strong dynamic shift for those who prefer more vibey/laid back music.”

“Ah yes, the ‘titular line’ of the album is in this song. ‘Wild Stories’ are told when they’re far from home. This one came together with the simple idea of taking the chance to get out and see the world whenever possible. This song was technically the first song that we wrote for the album, but we reworked it completely before recording it. We rewrote the horns, added the entire end section of the song from the bridge to the end in place of the original ending, and reworked a lot of little rhythmic stuff throughout the song, and it opened the door for Myles (Lawrence) to go wild (sorry for the pun) with the sax solo in the best way!”

“A few years ago, Derek (Harman) noticed an old guitar hanging in a tree next to somebody’s grave. He strummed the remaining four strings as is and recorded a voice memo on his phone with the idea of turning it into a song about when he’s in the grave. Those four notes became the first chord of the song, and the idea for the song became the first lyrics. Derek often mentions on stage how this song is the closest thing he has to a will though it may not hold up in court legally. The music really leaned into a brighter/happier vibe which I think helps carry the positive vibes and message we were hoping to convey through this song.

“The chorus line really jumped out to all of us and naturally creeped its way back into our songwriting later in the album. ‘I can only hope that anything I did / made it to the surface as it truly is / so many days miss the better part of me / I can only wish you’ll be happy.’ We had the idea of reusing the melody in a slightly altered form as a call-back during the bridge of our song ‘Force of Habit,’ but as the song came together, it lyrically fit as well, so we decided to fully utilize the lyric there too. I feel it reinforced a lot of the overall theme of the album and helped set the positive lyrical tone that the album really revolves around.

“When the album was completed, this song was one of the first that we wanted to make a music video for. It inadvertently helped us connect all four videos we made together as the storyline from the other videos set the plot for what happens in the video for ‘When I’m in the Grave.’’”

“We wrote a jagged and busy jam that pretty much begged for some sort of dark lyrical theme. We eventually came up with the idea of making it about falling into a personal hell and feeling stuck in it. Most of the lyrics paint the picture of that hell, but the bridge lets the listener know that they finally found their way. This was a really fun song to experiment with textures and sounds, and everything we added made us want to add more.”

“This one came together while Derek was coping with a breakup. Emotions of letting go, taking responsibility, and making progress led to a bridge about waiting for the right person rather than committing to something that screams ‘temporary.’ The chorus admits frustration, while the verses take responsibility for recognizing the signs. The music originated with the guitar/bass/drums rhythm in the verses, but we were stuck on where to go with it for several months. Eventually, we connected a few dots, and the song fell into place pretty quickly.”

“Simply put, this song is about showing yourself some love and not caving in under emotional pressure. Derek felt overwhelmed at the time but wanted to write something that was simple and easy to understand with a positive influence. This song took a pretty significantly different direction than anything we had written before, but once the groove formed, it was one of the most natural and quick to come together and is collectively one of our favorites from the album.”

“We recorded this one towards the end, and Derek had found himself in a promising relationship. He realized how much love felt like a force of habit, and the gravity of those emotions pretty much made the lyrics fall into place. Much of this song flowed very naturally in the writing process, and from the earliest demos, it really stuck out.

“As mentioned with ‘When I’m in the Grave,’ early on, Derek had figured out a way to fit a modified version of ‘When I’m in the Grave’s chorus melody as the bridge, and we originally planned to have the horns play it as a subtle nod. As the lyrics for ‘Force of Habit’ started to form, we realized the lyrics from ‘When I’m in the Grave’ actually fit contextually as well, so we ended up using them for the bridge to help drive the overall theme of the album. It felt almost obvious to release ‘Force of Habit’ as the third single/music video, as it really captured the positive and optimistic vibe that the album revolves around.”

“This one was in production pretty early on (in fact, it was the second song we recorded for the album), but we felt it would be best to place it towards the end of the album as it had a certain finality to it that really only made sense there. Jason had the idea to write lyrics about kicking imposter syndrome in the ass. After some collaboration, we came up with a song that hits hard and musically fits with the emotions and triumph of conquering imposter syndrome.”

“Pop-punk was the inspiration behind this one. We wanted to somehow top the intensity and finality of ‘Imposters’ to end the album on an even stronger note so we ended up with faster tempo, aggressive vocals, and loud everything all at once. We’ve always been fond of odd time signatures, so it only made sense to incorporate that into the song during the bridge and the build-up to the end. The lyrics for this one mosh around the idea in the chorus about backhanded compliments not doing any good for anyone. Who needs that?” 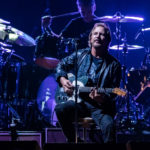 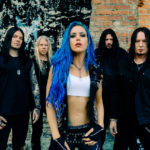