Every musician has their own path, the road they travel down to wind up where they are, and each story is often quite different. One of the more unique musical journeys you’ll find is courtesy of Max Boyle, who’s now set to release his new EP Change Is Your Friend? this week.

Emerging as one of the more notable talents of recent years on NBC’s hit talent show The Voice, Boyle has a pretty fantastic story that has helped define who he is as a musician and an artist. A very modern-sounding pop record, Change Is Your Friend? veers left and right into varied musical territory, consistently showcasing Boyle’s musical versatility and impressive pop vocal abilities. The EP boasts a range of different sounds, from lighter, more delicate moments, to more R&B-inspired tracks that carry with show off his impressive vocal range.

Elaborating on its themes and the songwriting process, Boyle tells us:

“This project has been in formation from my experiences over the last couple years. It deals with betrayal, heartbreak, and ultimately finding love again. It draws inspiration from a range of artists, from John Mayer, Billie Eilish, to Ed Sheeran, as well as many others. It is rooted in the pop genre, but it fuses together elements of soul, rock, and folk/ singer-songwriter as well. Every song was written and produced in Nashville, Tennessee. Collaborators on this project include Joey Liechty (production, mixing, mastering, co-writing) and Gabriel Thomas Broussard (co-writing).”

Boyle was widely praised for his appearance on Season 17 of The Voice in 2019 when he finished in the Top 13 and was coached by John Legend and Kelly Clarkson. His standout appearances on the show earned him comparisons to pop superstar Ed Sheeran, and with the momentum, he built off of appearing on The Voice, Boyle has developed a strong following. He has earned over two million total streams and won over fans with his relatable qualities.

Change Is Your Friend? is the follow-up to Boyle’s 2019 debut EP Something To Hold. The songs expand upon his abilities as a multi-instrumentalist, capable of crafting well-structured, stripped-down, acoustic folk songs that have a modern pop appeal. It’s not easy making the transition from a TV show into a real, productive musical career, but Boyle is showing everyone how it’s done. It’s really all about talent, and that’s something which he possesses in droves. 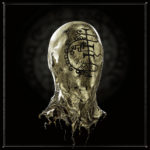 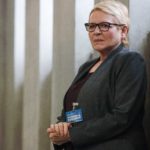