This is one time when you don’t want to avoid an “entanglement,” with the upcoming release of CHLSY’s brand new record titled Quantum Entanglement. As a sign of what is to come, the trio recently released their “555” single, an appropriate sampling of the ’90s-inspired, modern dark rock sound. It was only July of last year when the band actually formed, and in only one year, they have attracted a lot of attention, including achieving nearly 100,000 social media followers.

The band is led by frontwoman Chelsea Gilliland, who has previously collaborated with the masterful producer Dave Audé, someone instrumental in helping harvest over 130 Billboard hits. Born in Massachusetts, with stops in Spain and California along the way, Gilliland now lives in Nashville, where she is both a musician and a radio DJ on the local Yoco 96.7 FM station. Joining her in CHLSY are her close friends and collaborators, bassist Sean Swanson and drummer Sawyer Dodds, both of whom were significant contributors to the songwriting behind Quantum Enlargement.

When we recently had the good fortune of speaking to Chelsea, we threw the topic of music completely aside to instead focus on ink for our latest Tattoo Talk. We discussed her favourite tattoos, her most painful one, the location of her most memorable tattoo, and her opinion on technological innovations coming to the art of tattooing.

Chelsea Gilliland: “All of my tattoos have special meanings, but most of the time, I don’t realize until after I’ve gotten them. Typically, I’m drawn to imagery that represents the difficulty I’m facing at that moment. For example, I have a shit ton of skull and skeleton art. In hindsight, I think I’m drawn to those images because as a person, I’ve faced a lot of death and rebirths of self.”

“I love Adventure Tattoo (in Nashville). It’s right next to my house and all of the artists there are so talented and kind. They have fantastic flash as well.”

“I have so many tattoos I want to get. A few days ago, I got ‘the empress’ tarot card on my arm, and I love it. I want to be completely covered.”

“There’s a couple of tattoos I’ve given myself that are just wack, and I want to cover up eventually. I tattooed a Pacman ghost on my arm, and it’s not the move.”

“The only painful tattoo I got was across my stomach! Oof. That was brutal. My body kept flinching so the artist made me hold my breath while he was working. We would pause every once in a while for me to take a breath and continue on. That felt like it lasted years. Decades. Centuries.”

“Thom Yorke. Hands down. He is kind of my idol. I’m obsessed with his art and who he is as a person. Honestly, I might get his face tattooed on me; why not?”

“Both. I’ll plan out big pieces, but also, my band has a gun that we pull out whenever we want to feel something. I’ve tattooed all of them and myself.”

“Honestly, getting tattooed in Hawaii was amazing. My whole band got tattoos together there after playing one of my favourite shows of all time and having met who I believe to be the volcano god, Pele. I got the fire nation symbol (laughs).”

Where do you feel the biggest tech advances are coming from in tattooing? Say, compared to ten or even 20 years ago.

“My dad was telling me about this startup company that’s creating a machine that tattoos. That way, there are no mistakes made. Personally, I don’t think I would like that. Half the reason I love tattoos is because of their imperfections, and I love just hanging out with the artists.”

Tattoo pain: love It, hate it, indifferent to it. Or, maybe, is pain mental?

“I think pain is mental. I also enjoy the feeling of getting tattooed. It’s so rewarding, and the adrenaline high is nice. Each tattoo signifies a moment in time that I’ll get to carry for the rest of my life, and I love that.”

What is your absolute favourite part of getting fresh ink?

“The adrenaline. It’s wild. Also, one time, I almost passed out while driving home, and that was exciting.”

“At the time, it wasn’t bad, but I tattooed an ex, and that was not a great decision, but it’s his problem now.”

What’s the most elaborate piece you’ve completed to date? What was it, for whom, and how long did it take? Shared the deetz.

“The most elaborate tattoo I’ve ever done was also my first tattoo I ever did. It’s on my friend’s leg, and it’s a giant demon version of my friend. I honestly had no idea what I was doing, and I could see the regret in his face the moment I started. It turned out to be hella cool, but it took me a long time, and he was freaking out the whole time.” 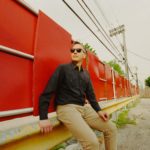 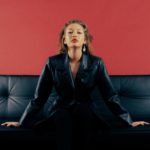