Love him or hate him, Tom Cruise is one established individual. He’s currently flying high (terrible pun, we know) thanks to the historical success of his latest film, the sequel to Top Gun, Top Gun: Maverick, a movie breaking box office records, even for the legendary Cruise himself.

The crafty and idiosyncratic Brother Derek is showing his appreciation for the fabled actor today with his latest single, “Tom Cruise Leaves Self,” which you will find on his upcoming LP Parade Rest. It’s certainly a distinctive tribute, with Derek offering his commendation in a way that only he could. Like his other creative output, it’s a bit of a challenge to situate “Tom Cruise Leaves Self” musically, but you may like to think of it as post-punk, with an element of Midwestern, southern rock, and classic alternative music.

Explaining how the song came to be, Brother Derek shares with us:

“Originally inspired by the film Vanilla Sky, this song is a tongue-in-cheek, abstract tribute to Tom Cruise. First worked out for open mics, it was rough-demoed then shelved for a full generation before I and my recently-recruited collaborator (and buddy) Guy Corl brought it to Alex Kercheval and his colleagues at Postal Recordings for what became a carnival-esque re-imagining of the tune.”

And further elaborating on the track, he adds:

“It conjures up the inner world of a starry-eyed yet humble young everyguy, equal parts jock, party animal, and drama kid, who laments, but then embraces, being left behind by the larger-than-life film career awaiting him, that (to me) became symbiotic with the off-kilter, Scientology-steeped, gayness-denying, couch-jumping persona he cultivated at the time. I hope folks find the tune enjoyable!”

Brother Derek, as a musical endeavour, only goes back to 2016, but Derek’s musical career extends back 30 years. He’s a classically trained cellist, who spent time in various Chicago area bands, which all had runs of various lengths, but all eventually fizzled out. Derek started the art pop group Recent Photo in the 2000s, which had a good run in the Chicago club circuit before it too petered out when some of the band members picked up and moved to Los Angeles.

An artist less concerned with genre and more concerned with quality and musicality, Derek is a versatile musician, showing off an impressive range in his plethora of rhythmically dynamic songs. He started Brother Derek as an outlet for his fondness for noise-pop, skillfully melding his influences together into something that feels true and original to him. It’s testimony to the fact that you can take pop music and make it coherent in ways you had never imagined before. 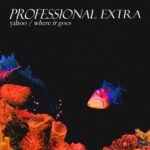 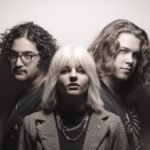