We hope you’re ready to have a gay old time because Keep Flying is back, ready to bring the energy and that unrivalled enthusiasm with their brand new EP Revival. Featuring six brand new tracks, you can hear it all here in its entirety before its official release tomorrow. This is one of those albums that goes great with alcohol and friends, featuring upbeat songs with a joyous, communal feel to them. As you would expect, Keep Flying is a must-see live act, performing shows that feel like a big gathering of friends, just enjoying themselves with each other. Thankfully, the band’s tour begins tonight in Worcester, Massachusetts, with shows scheduled all through to mid-September. Some of the dates will be as openers for Less Than Jake and Bowling For Soup.

Keep Flying formed when lead singer and guitarist Henry Menzel’s previous band decided to part ways. At the time of the band’s demise, Menzel had a bunch of songs ready to go, which he was considering rewriting to make them fit into a new sonic mould. After recruiting the other five members, they all worked on Menzel’s finished songs to give them some new pizzazz, and it ended up leading to the recording of their first EP, Follow Your Nightmares. They followed that up with their sophomore EP Walkabout in 2017 and 2019’s Unbreakable EP.

In addition to the official unveiling of Revival, Keep Flying has also joined us for a track-by-track rundown of each song on the EP, offering more insight into how each song came to be.

“This is our take on ‘Firesale’ off of our live album Survival played in a softer, more raw way. We brought in the cello, piano, and acoustic guitars for this one, hoping to leave the listener with a clear way to hear the lyrics and potentially relate. John Mayer is the influence here.”

“The follow-up to the original from our first album, Follow Your Nightmares. We use low-end brass, cello, banjo, acoustics, bari sax, as well as our standard instrumentation to create an Americana/folk version of the song. Influences here are Larry and His Flask, as well as Mumford & Sons and Rock Plaza Central. Life can’t be about just trying not to die.”

“A rap song featuring two of our buddies taking on the vocals. We used the stems from the original song and remixed them with some added beats and tracks to create something super different from anything else we have ever created musically.”

“This is our very first full-on pop song. We went in on this with help from our friend Dom and created a base layer, and built it every night we were in the studio. Tons of vocal layers, as well as sounds and bits here and there, helped really bring ‘Clarity’ to life. Influences here are Harry Styles and Justin Bieber.”

“Being the fastest song from Survival, we wanted to challenge ourselves and bring it all the way down to the slowest song on Revival. The bridge features a special harmonized solo via tenor sax and cello, and the song also showcases a new horn line, as well as a Jack Johnson stylized track.”

“This is an updated version of ‘Live Together Die Alone’ off of our album Walkabout. We had the entire team record on this one, from strings to horns, to new parts, vocals, and the whole nine. Originally we wanted this to be more of a campfire-esque version, but once we started recording, we knew it had to become what it became, a new, fun light-hearted way to listen to one of our favourite songs from the catalog. The ending climaxes with the building layers of horns and vocals and is a satisfying way to close our the album.” 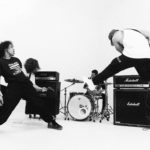 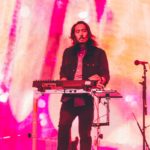