New York hardcore crew, Regulate has confirmed their forthcoming self-titled album will drop on September 30th via new label home, Flatspot Records. The announcement is accompanied by the lead single and its self-directed music video, “Why Can’t We?” plus tour dates.

Commenting on the news, vocalist Sebastian Paba shares, “‘Why Can’t We?’ was the last song we wrote for the record and came to be one of the most dynamic and personal tracks. I hope it impacts others as much as it does me.”

According to a recent press release, “The ten tracks on the album developed organically throughout the brunt of the pandemic, inspiring Paba’s most personal lyrics to the date. Regulate has always been an outlet for vulnerability – the band’s latest album, In the Promise of Another Tomorrow (2018), shined with commentary on identity and power structure complimented by explosive musicianship.”

Regulate was produced, engineered, mixed and mastered by Jon Markson (Drug Church, Soul Blind) and covers serious topics such as genocide against indigenous peoples as well as lighter content like the love of making music. 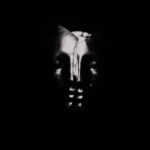 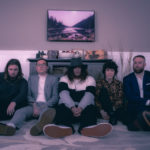