Seeing Alexisonfire always feels like something special. Like a best-kept secret between you and the hundreds of people there. This time was no exception, especially with it being the first time seeing them live since the pandemic started.

The Fall of Troy took to the stage at about 8 pm. The three-piece was the only opening act for Alexisonfire. (Yes, only two bands, which I absolutely think more live shows should make happen.) Fall of Troy was great. Despite the heat wave, the band managed to move about the stage with ease, jumping around and performing guitar solos down on the stage floor. If you are unfamiliar – The Fall of Troy is a prog-rock band that formed in 2002 before taking a mini hiatus in the early 2010s. Currently, the group remains in full swing of touring and producing records since 2014. Their most recent album, Mukiltearth, was a 10-song release that dropped in 2020.

It took only about 25-minutes for Alexisonfire to come out, which meant I checked my watch about 25 times, just watching and waiting for every second to pass as I listened to conversations happening within the crowd – hearing that someone is excited that they can hang out after the show because it’s not a work night. I took notice of the people that brought their younger child or sibling. Security handed out mini cups of water to keep people hydrated. And then, just like that, the house lights went down – interrupting all thought – as it was time.

While the stage remained dark, the band waved to the crowd as they took their places. The backdrop for the band, which was practically the height and width of the stage, simply read, “ALEXISONFIRE” in big, bold white letters and illuminated as they opened with “Drunks, Lovers, Sinners and Saints” followed by “Boiled Frogs” from their 2006 release, Crisis. It never ceases to amaze me what true artists they are in maintaining their stage presence from start to finish. Everyones’s vocals and energy were felt amongst the crowd and released within a mosh pit that erupted.

At one point, George Pettit announces to Wade McNeil he loves him. He repeats himself as Wade looks at him questionably. George continues to explain that sometimes you just need to know you are loved. Wade says how supported he is feeling in the moment before announcing they are going to play their best song – I believe it ended up being “Charlie Sheen vs. Henry Rollins,” which, funny enough, is actually a Moneen track they cover on the Switcheroo album.

They, of course, performed “Sans Soleil,” a new track that has a home on their latest album, Otherness. Only released in late June – This record brought the band back together. Creating a sort of “band bubble” during the pandemic, they went into the studio. An album organically flowed through them while they did entire takes live in one room together. This group remains absolutely unreal, creating an emotional and raw masterpiece true to their AOF sound. To me, Otherness is a highlight reel of everything at which Alexisonfire excels. A song that reminds you of Crisis, one that reminds you of Watch Out, and another of Young Cardinals. You can check out the 10-track album on places like Spotify or purchase the vinyl via the band at theonlybandever.com.

Alexisonfire will be back out on the road in September. They have dates in both Cleveland and Detroit with Elliot. Followed by Riot Fest in Chicago and Furnace Fest in Birmingham, AL. Come October; they will head to California before departing Mid-October for a European tour. You can catch the Fall of Troy with Alexisonfire at both the San Diego and Anaheim dates in early October. 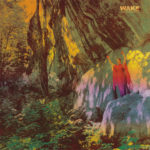 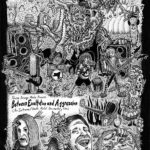