It’s been a year of establishment for NXLLY (pronounced NELLY), as listeners have wasted no time in developing a fondness for her authentic, dark, soulful approach to songwriting. She gave a taste of what was to come with the February release of “I KNOW” and then proudly unveiled her debut EP FaKe LuV last month. The album’s five songs feature exquisite, layered bunches of vocals, brought together succinctly with songs that feel empowering and purposeful. It also features some impressive collaborators, including Brazen Barbie, Vmarie, and LXDY Z, all up-and-coming and superbly talented female R&B artists from Perth.

At the age of 19, NXLLY has already devised her own original, dark, soulful approach to songwriting which has differentiated her from other young R&B artists. Her songs are naturally well suited for late-night listening sessions, with songs able to comfort you, resonate with you, and calm you down. The young artist is etching out her own place amongst her peers, but she has been primarily inspired by the likes of Rihanna, Kehlani, and from a lyrical standpoint, Jhene Aiko.

We recently caught up with NXLLY for some more insight into her new FaKe LuV EP, in which she offers us a special track-by-track look at each song on this monumental debut release.

Before we dive in, NXLLY states:

“The whole EP FaKe LuV was made with healing intentions, each track I created had a different triggered emotion. The world is way bigger than just myself, I know I’m not alone, I just want everyone to know that as well. What’s meant for you will always be meant for you, Let everything go, elevate yourselves, babies.”

NXLLY: “I mean, it’s true, people who care most and love the hardest, ‘Always end up hurting most’ and when I was going through a spiritual awakening, realizing that it was because of the way I let people walk all over me that led me to feel all that pain. I felt like I had to create something different. This song was my way of releasing all my anger and frustration, a letter from me to God. Definitely a very personal song.”

“This song was made to empower myself. Sometimes, you gotta say to yourself, ‘I deserve better’ and move on like a baddie. I was in a toxic situation-ship, I hurt myself, not knowing my worth. I wanted validation from the wrong thing. Making this song healed me, I pray it heals others as well.”

“These days, everyone thinks it’s cool to be toxic, they forgot how being REAL gets you further in life. I understand, though, it’s easier to be toxic because it’s harder to get hurt. When creating this song, my intentions were to show the world that it’s ok to let your guard down, give them your purest energy, The real you, if they don’t appreciate you, walk away. Know your worth.”

“I would do anything and everything for the ones I love, but when something happened to me, and I needed help, No one was there, I got myself out of the situation on my own. I made this song to heal from all of it. ‘I got myself, I don’t need no help.’ Period.”

“This song was a fun one to make, it’s for the ones who have heard rumours about them, confronted the OPP? And they try to act like they never said/did any of those things. Deceiving, huh… ‘If You Don’t Know Why You Say You Know?’ I’m very big on RESPECT and TRUTH. Lose one of them, you lose me.” 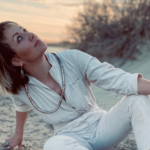 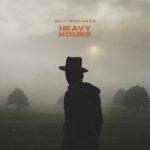