It’s more than just “music” when it comes to The Chronicles of Manimal and Samara. And we don’t mean that in a snobbish way either; this duo is more of a collective whose ambitions are high and very much focused on making a difference. Today, they are introducing the official music video for their latest single “Shaman” from their sophomore album Trust No Leaders, due out on July 1st.

The Chronicles have received glowing praise from fans and critics alike, for their original and inspiring work that is unrivalled by most other acts in the industry. Observers have referred to them as a group that is pioneering a new form of expression that goes beyond music. It’s a coalescence of poetry and music, meant to engage with the listener on levels beyond the way people have typically related to songs and lyrics.

”The main idea of the song is to introduce the idea that human fulfillment can only be attained by bringing the contents of our unconscious mind into consciousness, thereby uniting our conscious life with our inner worlds.

“I wanted the music to simulate being able to experience the energy of the universe and the aura of all things living and nonliving. To see what goes on inside, the flows and forms that you don’t see on the surface – from seeing the inner workings of trees growing, the life within humans and animals, and the force that connects all life and matter. It is a psychedelic experience which builds up throughout the song and ends with an explosive bang, like a supernova.”

Daphne Ang followed that up by stating:

Regarding how the music video relates to the song, Ang shares:

”When we created the music video, we wanted it to show the experience of the unconscious in its mystery and sublime beauty, but also its dark, chaotic and in some sense, traumatic aspects. No experience of rebirth can be without some degree of pain. The video really shows how a confrontation with the unconscious cam invigorates a paradigm shift in our personal understanding of the world and who we are, because these images are essentially chronicles of us as individuals and collectively as mankind. The cosmic and natural realms are invigorated, making us see it as part of and integrated with the physical world we live in.”

After the release of their debut album Full Spectrum in February 2021, the duo was obviously unable to tour, so they focused on writing more new music. Trust No Leaders was recorded between April and August 2021 at their own studio in Camden Town, eleven songs that weave their way through the history of heavy metal. From the new wave of British metal to the present, it’s all here, set against orchestral and cinematic soundscapes, with the songs also paying tribute to non-Western musical traditions. There’s a very expansive approach taken here when it comes to their art, with Ang and Papi looking to the past for inspiration while looking to the future with interest, impartiality, and open-mindedness. 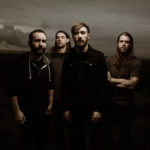 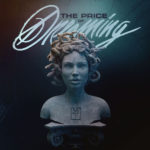